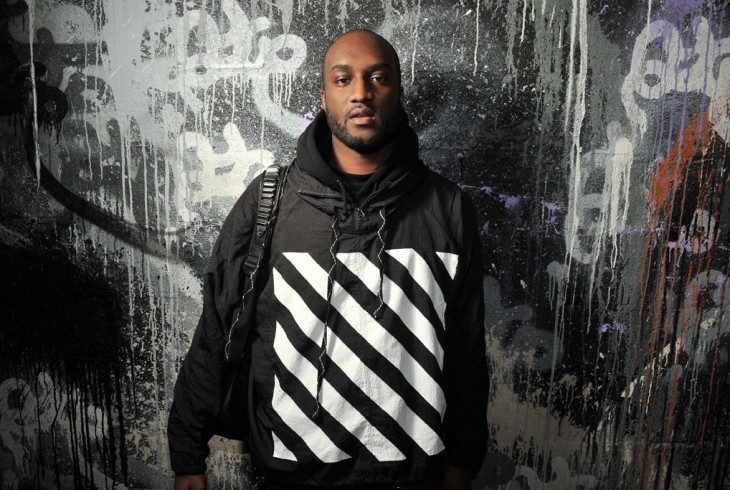 Virgil Abloh, the founder of Off-White and a longtime creative director for Kanye West, will be the next artistic director of men’s wear at Louis Vuitton

Abloh becomes Louis Vuitton’s first African-American artistic director, and one of the few black designers at the top of a French heritage house. Olivier Rousteing is the creative director of Balmain, and Ozwald Boateng, from Britain, was the designer for Givenchy men’s wear from 2003 to 2007.

“I feel elated,” Mr. Abloh said via phone on Sunday, adding that he planned to relocate his family to Paris to take the job at the largest brand in the stable of LVMH Moët Hennessy Louis Vuitton, the world’s largest luxury group.

“This opportunity to think through what the next chapter of design and luxury will mean at a brand that represents the pinnacle of luxury was always a goal in my wildest dreams. And to show a younger generation that there is no one way anyone in this kind of position has to look is a fantastically modern spirit in which to start.”

The appointment, widely rumored in recent months, is part of a shake-up on the men’s wear side of LVMH, which began in January with the departure of Kim Jones, Abloh’s predecessor at Louis Vuitton.

Abloh’s appointment is also a reflection of the increasing consumer-driven intermingling of the luxury and street wear sectors, which helped boost global sales of luxury personal goods by 5 percent last year to an estimated 263 billion euros (about $325 billion in today’s dollars), according to a recent study by the global consulting firm Bain & Company.

And it is an acknowledgment on the part of the luxury industry that it must respond to contemporary culture in new ways.

“Virgil is incredibly good at creating bridges between the classic and the zeitgeist of the moment,” said Michael Burke, chief executive of Louis Vuitton.

The two men first met about 12 years ago when Abloh spent six months interning at Fendi with Kanye West, where Mr. Burke was then the chief executive.

“I paid them $500 a month!” Mr. Burke said. “I was really impressed with how they brought a whole new vibe to the studio and were disruptive in the best way. Virgil could create a metaphor and a new vocabulary to describe something as old-school as Fendi. I have been following his career ever since.”

Abloh, 37, a first-generation Ghanaian-American raised in Illinois, is widely considered one of fashion’s consummate purveyors of cool; a master of using irony, reference and the self-aware wink (plus celebrity, music, digital and hype), to recontextualize the familiar and give it an aura of cultural currency.

Despite having no formal fashion education (his mother was a seamstress and taught him her trade; he studied architecture and civil engineering), Mr. Abloh founded Off-White — a reference to his belief that old barriers are breaking down — in 2013, almost a decade after he first meet Mr. West and became his creative partner.

In 2015, Off – White was a finalist for the LVMH Young Designers Prize. (Mr. Abloh will be the first LVMH finalist to take on a major design role in an LVMH brand.)

During the just-past women’s wear season, there was almost a riot in the Rue Cambon outside the Off – White show as fans crowded to get in.

A champion of the cross-branded collaboration, Mr. Abloh has worked with names as varied as Nike, Jimmy Choo, Moncler and, with an upcoming project, Ikea.

Most recently, he teamed up with Takashi Murakami, a frequent Vuitton collaborator, for a show at the Gagosian Gallery in London.

“In a way, all of my output has been to make a compelling case for me to take on a role such as this,” Mr. Abloh said. “I think of it as kind of the ultimate collaboration”

It also presumably made a compelling case that Mr. Abloh could be the man to make Louis Vuitton men’s wear more relevant — and more visible — to the millennial generation.

He will build on the foundation laid by Mr. Jones, who also gave classic men’s wear and Vuitton’s history as a luggage expert an urban edge, and recently engineered a sellout collaboration with Supreme, another street-wear success story.

“For the last eight to 10 years we’ve been having this conversation about what’s new, and for me, that has to do with making luxury relatable across generations,” Mr. Abloh said, adding that he had been putting together an eight-page “brand manual” defining the new ethos of his Vuitton.

“The first thing I am going to do is define new codes. My muse has always been what people actually wear, and I am really excited to make a luxury version of that”

Mr. Burke added, “Louis Vuitton was not a couture house. From the mid-19th century to the 1920s and beyond it always sought to cater to the new wealthy class, not the old aristocrats.”

Mr. Abloh also said he would be focused on rethinking how the brand communicated with its consumers, including the release of products, the runway show and the way it interacted with the global political mood.

Certainly, Vuitton will give him a bigger platform than he has had. Men’s wear is currently sold in only about 150 of the 450 Vuitton stores around the world, though the company plans to increase that by between 25 and 28 stores.

There are also 13 free-standing men’s stores, with six more planned this year, according to Mr. Burke.

Though LVMH does not break out specific brand performance, Mr. Burke said the men’s wear business had been growing in the double digits and “had a stellar 2017.”

That places a burden of expectation on Mr. Abloh’s shoulders, especially given all the hype around his name — he was mentioned for possible top positions at Burberry and Versace.

One of the criticisms most often lobbed at him (by Calvin Klein’s designer, Raf Simons, among others) is that his real genius lies in repurposing other people’s work, as opposed to creating new silhouettes of his own.

Mr. Abloh is also not one to shy away from political statement-making, a tactic often seen as a risk for a luxury brand.

Last year, during a guest appearance at the Florence men’s wear show, Pitti Uomo, Mr. Abloh eschewed the traditional runway show and instead collaborated with the artist Jenny Holzer on a piece addressing the immigrant crisis.

“Product is only one part of the luxury narrative,” Mr. Abloh said in the phone interview.

“I want to use Louis Vuitton’s history with travel to really look at different cultures around the world to help make all our humanity visible. When creativity melds together with global issues, I believe you can bring the world together. Fashion on this level can really open eyes.”

Abloh will continue to run Off – White

“it is for the 17-year-old version of myself, whereas Vuitton is for the 37-year-old I am today,” he said — and to work with West.

But he said he would cut back on his other activities, including moonlighting as a D.J.

He will show his first collection for Louis Vuitton during Paris Men’s Fashion Week in June.

Knockoffs around the corner for Cult Gaia's Ark bag

Korea, Japan and Qatar promised lands for the export of Italian fashion