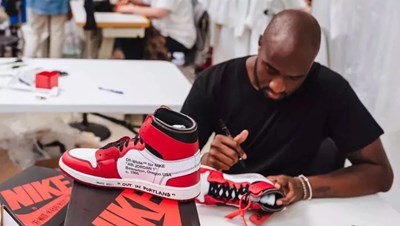 The most anticipated raffles of Nikesono destined to end. Virgil Abloh’s collaboration with the American sportswear brand comes to an end

The communication comes directly from the designer of Off-White, who through an Instagram story announced the details of the latest sneaker in the range, an Air Force 1 model, saying visually obsessed with the combination of a black shoe combined with white laces and swoosh.

But if Abloh has confirmed the end of The ten, his post does not necessarily mean that his work with Nike will stop: considering the success obtained by the patnership, it is possible that brand and designer can still continue to collaborate venturing into new launches. 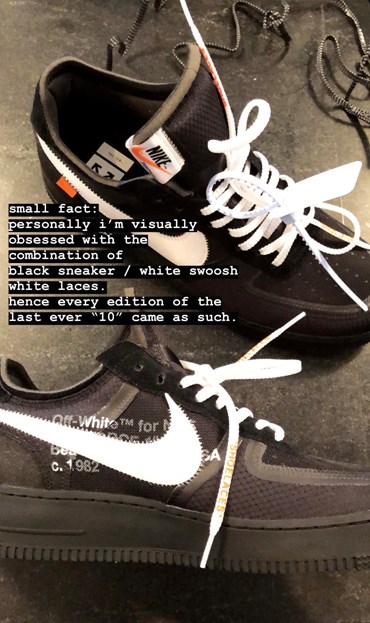 The ten, the project that included the re-edition of ten pairs of iconic Nike silhouettes, dominated the sneaker sector in terms of hype and sell-out performance starting from its debut in 2017.

Since then, the collection has grown to almost thirty limited editions, as the founder of Off-White has relaunched sneakers in new versions throughout 2018.

Abloh, who has always considered the project as a passing of the baton, has spent the last two years devoting the right place to innovation, combining it with special attention to lifestyle.

The one between Nike and Off-White is one of the many partnerships signed by Abloh with its brand.
Among the latest partnerships is a four-hands project with Smets, the Luxemburg store for which Abloh has just created a surrealist capsule dedicated to René Magritte, where the work Le Retour by the French artist appears on the pieces

Scervino, charity parade for the foundation of Andrea Bocelli