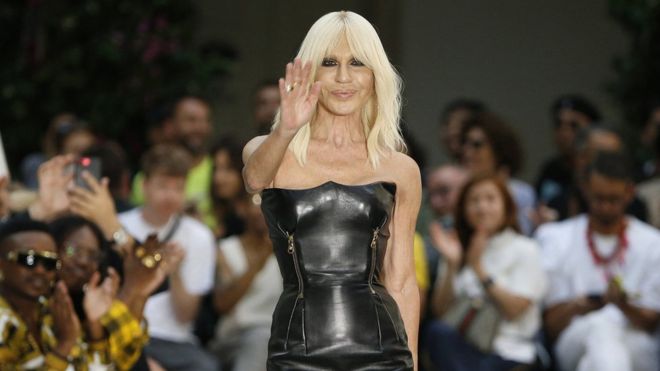 The deal showed how desirable Italian brands are to foreign investors

Fashion house Versace did not receive any offers from Italian investors before selling to Michael Kors but the deal with the US fashion group will create jobs in Italy, creative director Donatella Versace told newspapers on Wednesday.

“In the last year Versace has been approached by many people. French, American … but no Italians. It was not us who refused to take part in an Italian group,” Donatella, the sister of Versace’s late founder Gianni, told Corriere della Sera.

She added the deal showed how desirable Italian brands are to foreign investors, speaking in similar interviews with daily la Repubblica and financial paper Il Sole 24 Ore and dismissing criticism over a sale to foreigners.

Michael Kors on Tuesday agreed to buy the luxury label for €1.83 billion (£1.63 billion) including debt, in a move aimed at allowing the Kors group to take on larger European rivals and reviving sales and profits at Versace.

In the interviews, Donatella Versace said that a result of the deal the company would employ more people in Italy.

“We will create new jobs and we will be a stimulus for economic development in the territories where we work,” she told Il Sole 24 Ore.

As part of the deal, Michael Kors Holding Ltd will be renamed Capri Holdings Ltd and the Versace family, which owned 80 percent of the fashion house, will receive 150 million euros of the purchase price in shares in the newly-named holding company.

“It’s an important share,” Donatella said, without giving details. The newspapers estimated the share would be between 1.5 percent and 2 percent.

“Be prepared, Versace will be now more powerful than ever,” Donatella said.

The fashion hooligan: the documentary about Alexander McQueen arrives on Sky