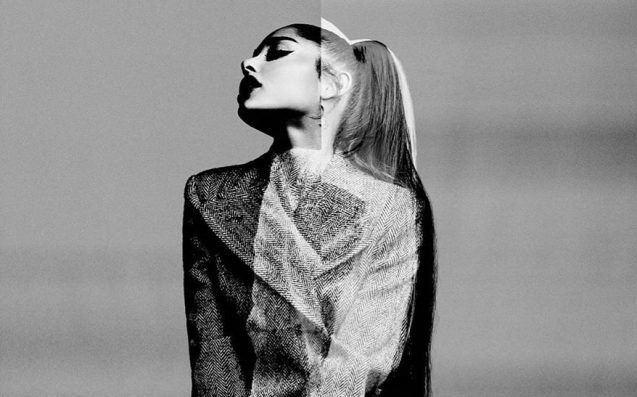 Versace, Coach and Givenchy Have Angered China’s Netizens. Who’s Next?

Brands have issued apologies and lost celebrity ambassadors like supermodel Liu Wen after products were discovered listing Hong Kong, Macau and Taiwan as separate countries, angering nationalist Chinese consumers amidst political unrest in Hong Kong and a trade war with the US

Chinese nationalism has peaked as protests in Hong Kong and a trade war with the US, both perceived as attacks on the country’s rising power, escalate. Amidst the added tension, brands continue to fall foul of patriotic netizens.

Earlier today, as BoF explains in a very interesting article, Coach rose through Weibo’s rising topics as people posted in the thousands about a T-shirt from the American brand that lists Hong Kong as a country and Taipei as a city in the “country” of Taiwan, rather than a part of Greater China, as they are viewed by the government in Beijing and most mainland Chinese.

Soon after the images of the offending product started spreading across Chinese social media like wildfire, Coach brand ambassador, Chinese supermodel Liu Wen, announced she would immediately end her partnership with the brand. In a statement published on Weibo, Liu wrote:

“At any time, the integrity and sovereignty of China’s territory are inviolable! I apologise to everyone here! I love my motherland and resolutely safeguard China’s sovereignty!” 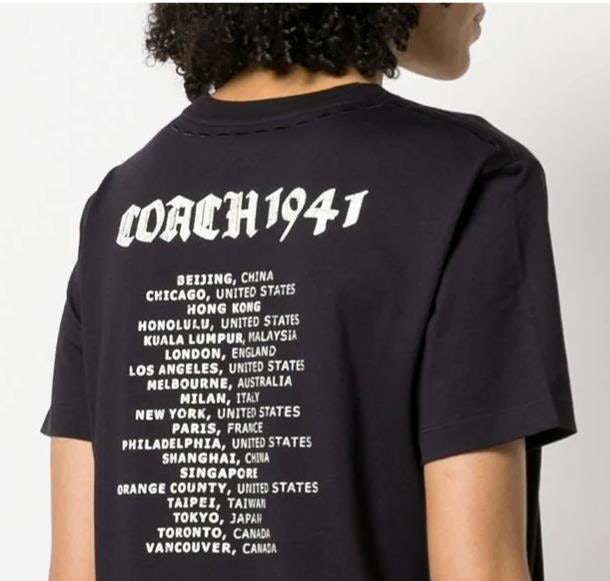 By mid-morning Givenchy became the latest brand to fall foul of eagle-eyed Chinese netizens, now actively searching for offending products from international brands, due to a T-shirt that also listed Hong Kong and Taiwan as countries. Givenchy Beauty ambassador Jackson Yee, a Chinese singer, severed ties with the French brand soon after.

Italian brands Gucci, Fendi and French luxury house Chanel were among the next to be called out for having their websites list either Hong Kong, Taiwan or both places as separate countries on drop-down menus.

According to a spokesperson from Givenchy, the T-shirt was presented in creative director Clare Waight Keller‘s debut collection for the brand in 2017. “We noted there was a mistake in the country list and took it out of retail the following season. It resurfaced two years later because of sales of old stock from our retailers, and is not part of our current collection.”

“The nationalist sentiment has been rising in recent years. All aspects of the fashion industry need to be thinking about this at every level, that is, this decision, this product, whether this kind of marketing will cause a public opinion crisis related to nationalism,” said the Executive Editor of Chinese digital business publication Jiemian, Joyce Xu.

This comes one day after Capri-owned Versace brand lost their high-profile celebrity Chinese brand ambassador, Yang Mi, who quit when it came to light that the Italian brand was selling hoodies which listed Hong Kong and Macau as countries, rather than special administrative regions (SARs) of China.  According to a spokesperson for Versace, though the brand’s T-shirts had been “recalled globally from every point of sales on July 24th,” a few units had made it to market.

“Unfortunately, it’s not that surprising to me, companies unfortunately don’t do a great job at explaining how serious these issues are to enough people within their organisation. So, we still get these really ham-fisted examples that just shouldn’t be happening,” said China Market Research Consulting’s senior researcher Benjamin Cavender.

Though brands have been quick to issue apologies with statements reassuring Chinese consumers they unwaveringly support China’s national sovereignty and “One China” policy, the reaction has been particularly swift and negative compared with previous cases in which brands have been seen as disrespecting China. Instead of calming public opinion, speedy and formulaic mea culpas seem only to have inflamed the issue. 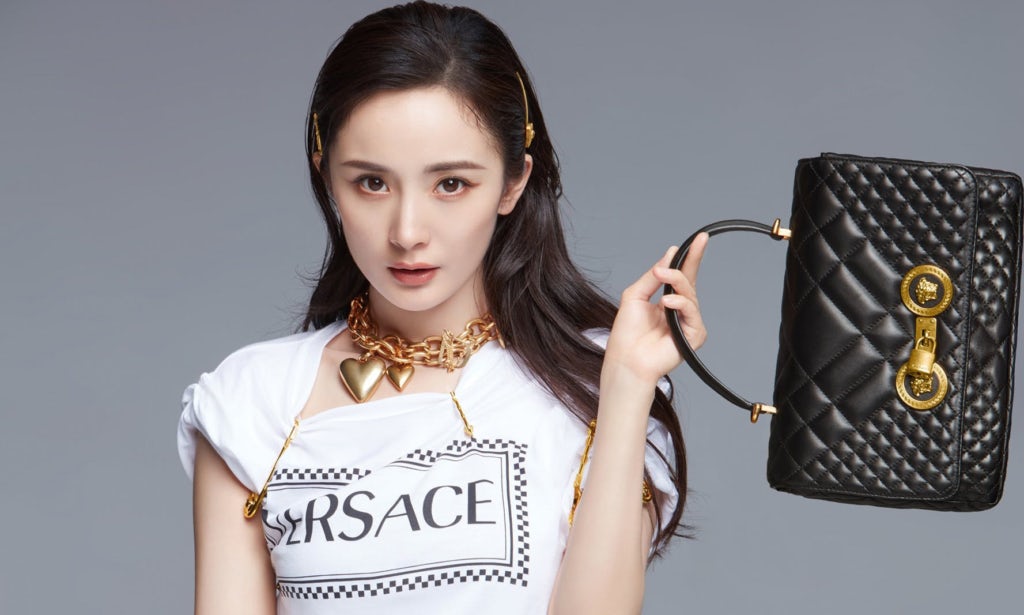 According to popular fashion history blogger Luomeisheng, these brands are running into problems in the China market because they haven’t done enough to pay attention to opinions of the Chinese people who buy so many of their products.

“China, a market that they didn’t pay attention to, is growing at a speed visible to the naked eye. The group of people who were originally just a silent majority are now beginning to express their dissatisfaction. The irony is that it’s the West that advocates diversity, but experiencing [their brand of diversity] is really unpleasant.”

According to figures from Bain & Co., China accounted for 33 percent of all luxury goods sold in the world last year, with 2018 seeing a second consecutive years of 20 percent growth in the luxury market here.

Those looking for the impact angering Chinese consumers can have on a luxury brand need look no further than Dolce & Gabbana, which angered Chinese netizens in November last year with a tone-deaf advertising campaign, then worsened the situation with a racist online tirade from Stefano Gabbana.

A report from Gartner L2, released last month, shows that in the first quarter of 2019, Dolce and Gabbana’s Chinese social-media engagement — measured as a mix of likes, comments, and shares — was down 98 percent from the same period last year.

Companies unfortunately don’t do a great job at explaining how serious these issues are to enough people within their organisation.

The controversies making news over the past few days come at a time of heightened political sensitivity in China, with the ongoing trade war with the US seen by government authorities in as a way of halting China’s economic rise, and pro-democracy protests in Hong Kong, which today resulted in the closure of the city’s main airport, testing the limits of Beijing’s sway over a region that was officially re-incorporated into China in 1997.

Tensions with Taiwan are always high, but are higher than usual at present, as an upcoming local election on the island is bringing to the fore pro- and anti-Beijing arguments. Cross-strait relations between Taiwan and the Mainland have gotten so bad that individuals from the Mainland have been barred from traveling to the island in recent weeks. 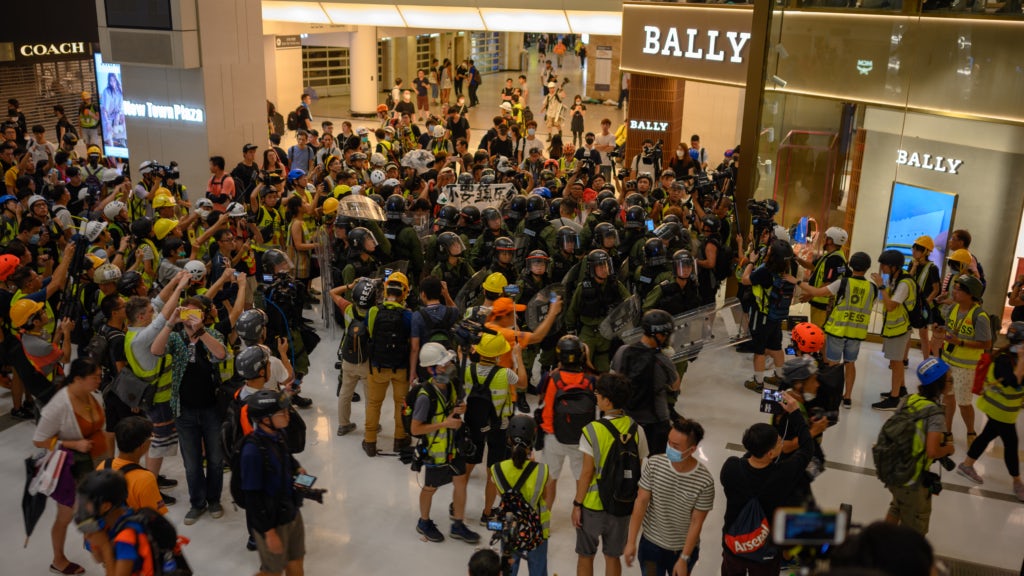 All this is coinciding with a series of important (and political) domestic anniversaries this year, including the 70th anniversary of the founding of the modern People’s Republic of China, which falls on October 1.

Though Chinese consumers may not be discussing these geo-political events on a daily basis with one another, it would be a mistake to believe they are not paying attention, and not thinking about how they impact on the perception of China and its people.

According to Mark Tanner, Managing Director of insight-based marketing agency, China Skinny, these internal and external issues partly explain the swiftness with which these particular controversies have led to celebrity spokespeople cutting ties with brands.

“Chinese consumers have limited short term tolerance for PR-apologies after such obvious blunders,” he said. “Yang Mi knows this and won’t want to risk her own brand by this association, she builds her brand (and value) more by publicly opposing it.”

Cavender agrees that, in a world where one of China’s biggest stars can disappear for months over a tax evasion scandal, as was the case with movie star Fan Bing Bing last year, celebrities cannot be too overt in publicising their patriotism. 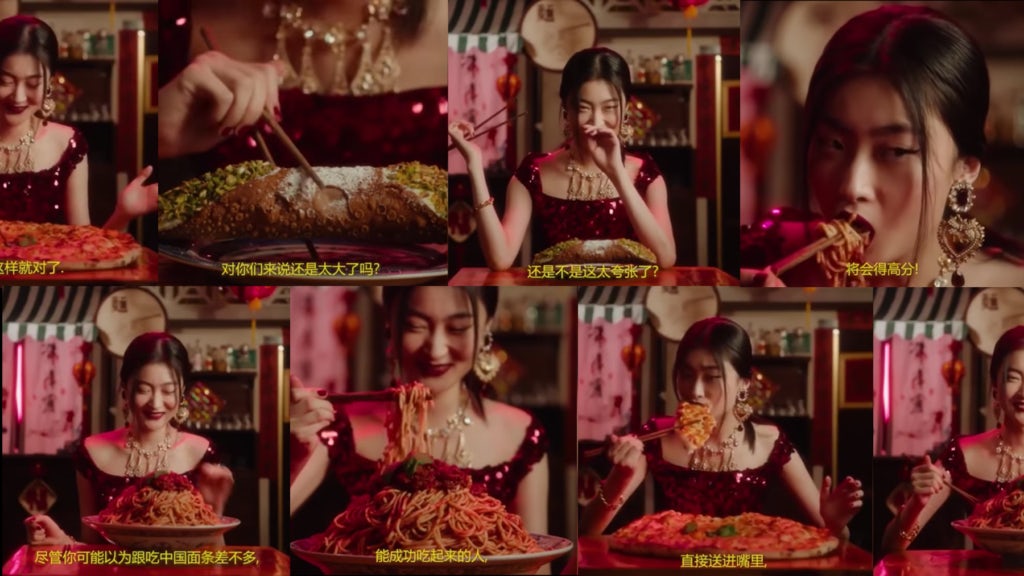 “In general there has been a bit of a shift from the government, basically saying, ‘If you are going to be a celebrity and make money being a celebrity, that’s ok, however, you have to live up to the ideals of the [Communist] Party and if you do anything counter to that, we are going to be taking a very close look at everything going on in your life. Celebrities are being extremely careful right now.”

Ironically, there is a chance that so many brands falling foul of Chinese netizens at once could somewhat alleviate the damage to any individual brand. Those quick to apologise, particularly those, like Versace, which issued an apology from the very top of the organisation with a statement from Donatella Versace posted on Instagram, Facebook and Twitter, as well as Sina Weibo, are likely to recover their reputations the quickest.

Chinese consumers have limited short term tolerance for PR-apologies after such obvious blunders.

“I think apologising is something Dolce & Gabbana did not do very well. In the short term, there’s still going to be a lot of negative discourse around these brands, they have to be quiet and kind of weather it following an apology,” Cavender advised.

“Then they have to turn to the next one to two seasons and really think about what they can do to show the Chinese consumer they really care about them.”

Coach was contacted by BoF for this story, but declined to comment further.

BoF Editor’s Note: This article was revised on 12 August, 2019. An earlier version of this article included Gucci in the headline and mentioned that Gucci was called out for having its client services website list Hong Kong as a separate country on a drop-down menu. This has since been edited as Gucci was just one of many brands that experienced similar callouts from Chinese netizens, including Fendi, Chanel and others.

Stay tuned for updates to this story.

Tommy Hilfiger awarded the centenary of Save the Children

Maredamare in Fortezza in Florence from 24 to 26 July

The dark side of Givenchy