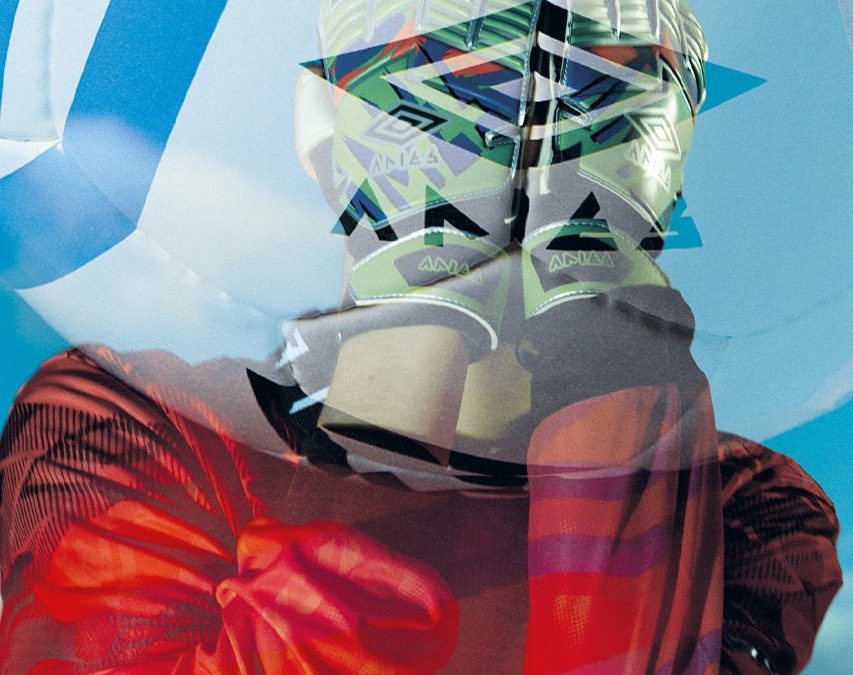 Aries has built on its recent drop alongside Lee Workwear by teaming up with British sportswear label Umbro to release a 10-piece football-infused capsule. Drawing inspiration from gabber-rave-football culture, the collection includes a selection of ‘90s-esque football jerseys in red, pink and blue, a training set and the iconic Umbro drill top and pants combination. The accompanying lookbook, all of which has been shot by Lea Colombo, takes a close look at each piece with intimate images and eye-catching edits, while the below short-film features a young London cast playing football with their dogs. “Playing amateur football was off limits during lockdown, so we started playing football with our dogs instead,” explains Aries founder Sofia Prantera. “While researching the creative with Lea we found amazing footage of known footballers like Messi training with their dogs. This combined with the beautiful work of Dutch artist Rineke Dijkstra became the inspiration for the project”.

Plein parades in his villa in Cannes