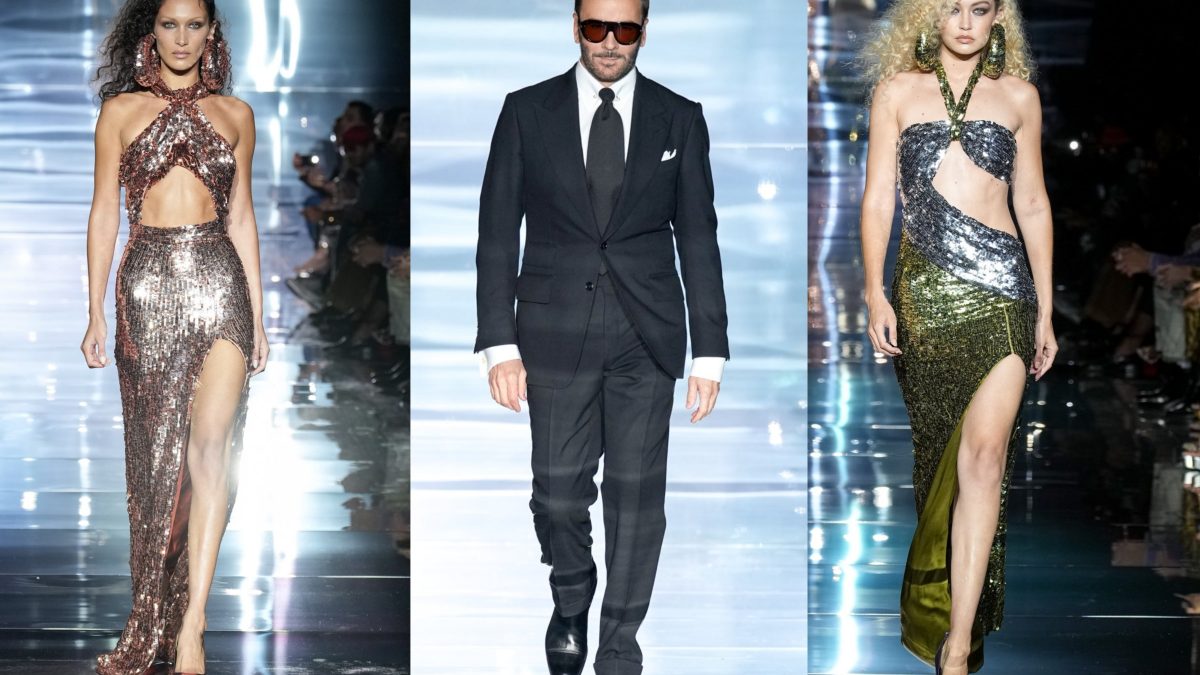 Tom Ford signed the closing of New York Fashion Week 2022 last night, Wednesday 14 September, with a big fashion show in which the designer wanted to recover his lack of participation in the last edition of February when he was forced to cancel his show in due to the spread of the Omicron variant. We can say that we missed him and that he is back great. In July it was leaked that the designer was exploring the potential sale of his brand, nothing else was known but it seems that it is a deal that could be worth 3 billion dollars, perhaps this is why his closing show presented itself as a big party with a celebrity-filled front row? In fact, there were Madonna, with her daughter Lourdes, Chris Rock and Ciara. The show presented itself right from the choice of the shimmering and reflective catwalk as an exclusive party in the style of the 70 ‘and 80’ evoking iconic locations of all the U.S.A from the Hollywood Boulevard of the west coast, to the dazzling lights of the Las Vegas casinos up to get to the disco atmospheres of Studio 54 in New York City on the east coast. Scenography, soundtrack and collection reflected each other in a choice of style so coherent in its entirety. The Tom Ford s/s 23 collection began to show off immediately highlighting the body with shorts and mesh shirts with large decorations in multi-colored sequins, ultra mini shorts in lamé, reminiscent of the rings of the big boxing matches, accompanied by sexy open shirts with cow girl style fringes or sports jackets decorated with patches with stars and hearts, always in sequins. Pastel shades were perfectly at home in the very bright fabrics. There was no lack of both male and female shirts decidedly in Elvis style with floral decorations, also very elaborate on the back and necks with a large opening. Evening dresses with a softer cut but always very glamorous and very bright both for men and women preceded what was then a fascinating celebration of the body when the lace of lingerie in black began to be the protagonist among the models who wore only very high boots and leather jackets or ultra-decorated and bright. Even the hairstyles, all very voluminous, were perfectly consistent with the whole style of the Tom Ford s/s 23. The beautiful sisters Hadid, Gigi and Bella, then concluded this fantastic show as they paraded shining in wonderful evening dresses: very sexy. A great evening for Tom Ford and for all fashion. Come and discover Tom Ford’s most fascinating news on Michele Franzese Moda.

Cristina Cennamo, 4 years ago 8 min read
Focus on, Focus on

A totally Italian edition for the new Onitsuka Tiger collection