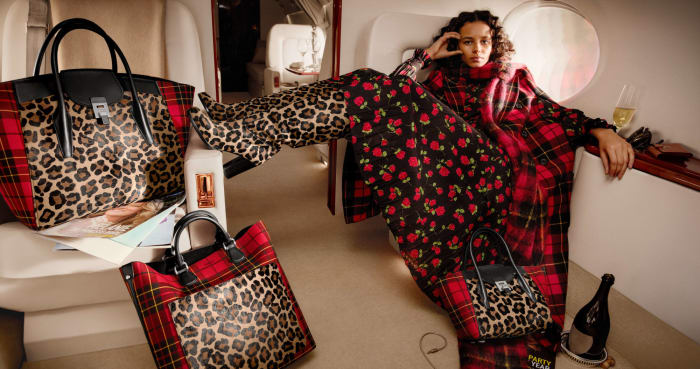 Things might finally be turning around for Michael Kors

The brand is in a much better place than it was a couple of years ago.

It wasn’t long ago that Michael Kors was announcing more than 100 store closures amid sinking sales — just over a year — but things have been looking up for the American luxury brand since then.

On Wednesday, the company, which also owns Jimmy Choo, reported its earnings for the first quarter of fiscal 2019; and while there wasn’t a dramatic lift, comparable store sales did return to positive growth in the Americas, and traffic is even looking up in department stores — just two years after the brand announced it was reducing its presence in them.

Overall revenue for the quarter was up 26.3 percent to $1.20 billion, including a $172.7 million contribution from Jimmy Choo.

Overall comparable retail sales were flat: While they were positive in the Americas thanks to increased consumer spending here, they declined slightly in Europe. Thanks to nine new store openings, total store sales were up 3.2 percent. Wholesale revenue increased 19.5 percent.

“Our fashion leadership remains strong, which drove consumers to respond favorably to both new fashion introductions and core products,” said CEO John D. Idol in a statement. “Our global fashion luxury group continues to see the benefits of our long term growth strategy which is driven by both the Michael Kors and Jimmy Choo brands. Looking ahead we remain optimistic about our business for the remainder of fiscal 2019 and beyond.”

The results were better than analysts expected, and sent shares in the company up more than 9 percent. They also prompted the company to raise its guidance, or expected earnings, for the year. It expects total revenue to be approximately $5.125 billion, including between $580 million and $590 million of incremental Jimmy Choo revenue. It expects comparable sales to remain flat — but hey, at least that’s not a decline, right?

Michael Kors may still not be at the top, but the changes it’s made to correct declines in its wholesale and retail businesses and get people buying things at full price are clearly beginning to work. Stay tuned to see if it can keep that up. (We’re especially curious to see how that wild Fall 2018 collection does at retail.)

Nautilus 5711 Patek Philippe-Tiffany up for auction for 5.7 million euros

Did you ever wonder where your engagement ring came from? Tiffany’s are the most ethical ones

GCDS, the street beauty is born