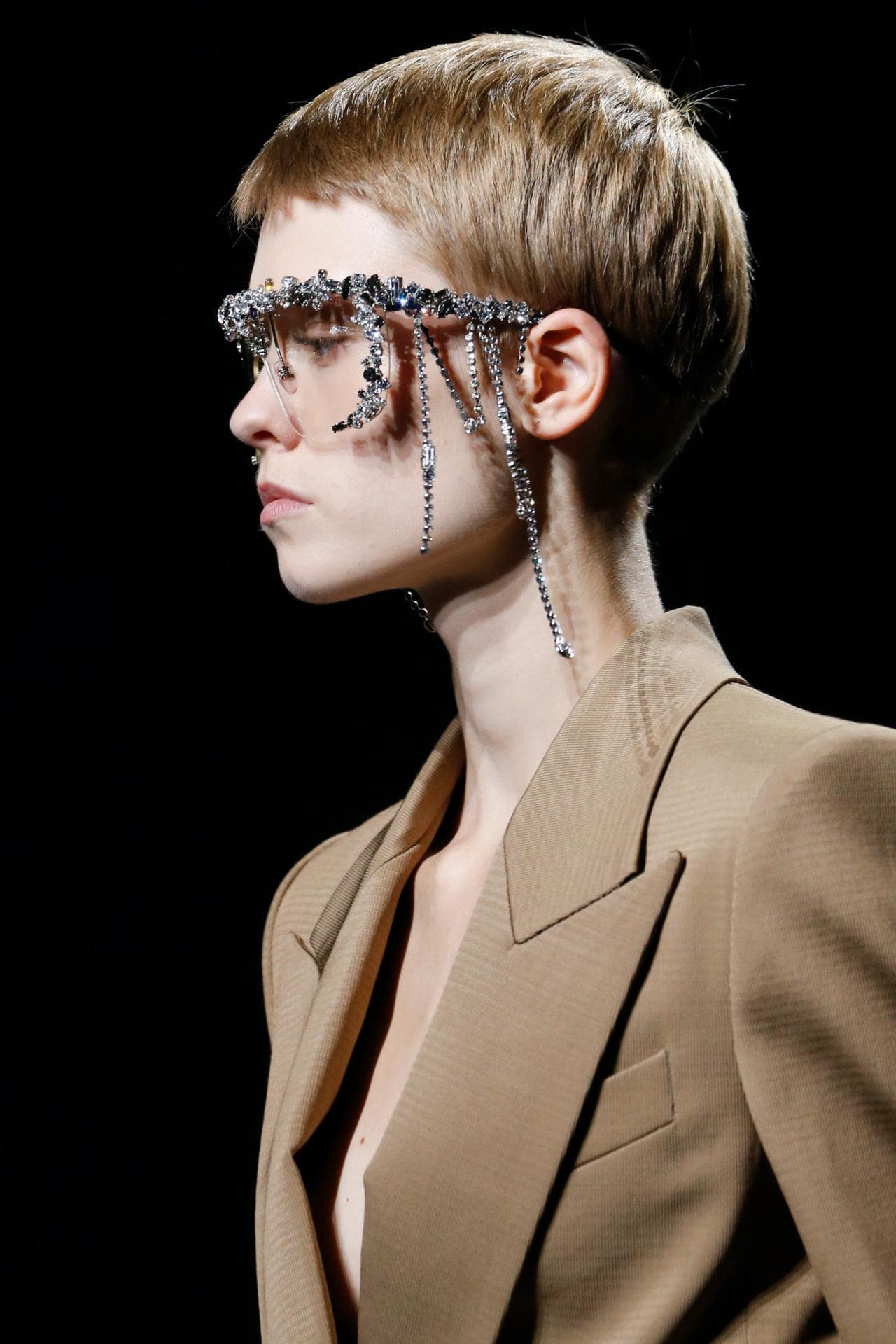 Frost yourself in the most OTT sunglasses ever.

Sunglasses are one of the most practical investments you can make in regards to your wardrobe. Not only are they designed to shield your eyes from the sun, but they’re also an easy way to hide insomnia, jetlag, or protect your anonymity (should you be a celebrity hiding from the paparazzi).

Sure, sunglasses are sometimes cast in poppy pastels or encrusted with glitter, but it doesn’t mean they’re any less practical. Givenchy, however, have taken this notion of practically and married it with frivolity, creating what can only be described as a statement piece of jewellery masquerading as eyewear.

Givenchy artistic director Clare Waight Keller has named the accessory the GV Shower – inspired by rain showers and the idea of “nature’s perpetual state of transformation”, she says, adding she took inspiration from the notion that “in springtime, ice melts into water”.

One glance at the hundreds of crystals dripping from the frame, and the “shower” reference is clear. The sunglasses originally came about as the Mask shape from the spring/summer 18 collection, but the newly added Shower style features “Swarovski crystals that enhance the frame and spill into a cascade of crystals at the temples,” Waight Keller explains.

The crystals will undoubtedly catch not only your eye, but also the eyes of everyone you pass. Also, given the frames are intended to mimic rainfall, they may be a good way to destress via retail therapy if the soothing sounds of a storm help you sleep at night.

Now available in Givenchy boutiques around Australia, this piece will set you back a cool $1164, but that’s a small price to pay for such an iconic fashion investment. The lenses are available in clear or tinted options and the nose pads are also adjustable.

One thing is certain: if you’re looking to make a statement with your accessories in 2019, Givenchy just solved all your problems.

Prada Cruise 2020: Rebellion is in simplicity

Dior man Spring 2022 collection and the ideas of Marc Bohan