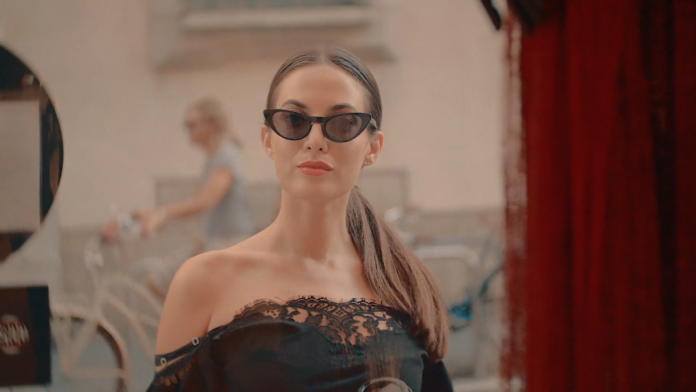 The social video of the new fragrance by Givenchy comes out Interdit, the director is the Marches Gianluca Grandinetti

The social video of the new fragrance Givenchy, L’Interdit, launched in 2018, has been released on digital platforms

The young director is Gianluca Grandinetti, also filmmaker and screenwriter from Macerata, and the production, writing and screenplay is by The Style Pusher, a blog and brand new creative agency founded by Lavinia Biancalani, wife of the Negramaro keyboardist Andrea Mariano.
In the film Francesca Chillemi prepares for a Parisian day full of things to do, talks to be reviewed, unknown numbers to be rejected and social events until late at night.

“The first project I made together with The Style Pusher is that of Dior, less than a year ago, then immediately followed by Kenzo, Smashbox and Givenchy, always the beauty and perfume sector, and one for Zalando, the German online shopping site” , informs Grandinetti.

A social video for a big fashion house was born developing strategies for the product, as in the case of Givenchy.

“You select the right face to match that brand, which can be a model, a celebrity, an influencer or an artist in the world of music or cinema”, explains Gianluca, “In parallel the campaign is structured creating an imaginary through an idea, screenplay, soundtrack, location, obviously following the guidelines provided by the company “.

The director in 2017 received two nominations at the Berlin Fashion Film Festival for the video produced with the band Elpris, Animali Alieni.

Grandinetti also curated the whole Negramaro tour with The Style Pusher, with whom he established a strong friendship as well as a great collaboration.

“I started this project, almost a journey now, a year and a half”, he says, “I spent many good times with them behind the camera: X Factor, Sanremo, the tour in the stadiums 2018. We have collected so much material used for the live realization of video content in their social networks and maybe we will use it for future work “.

Pierre Cardin, fashion show in memory of the designer in December