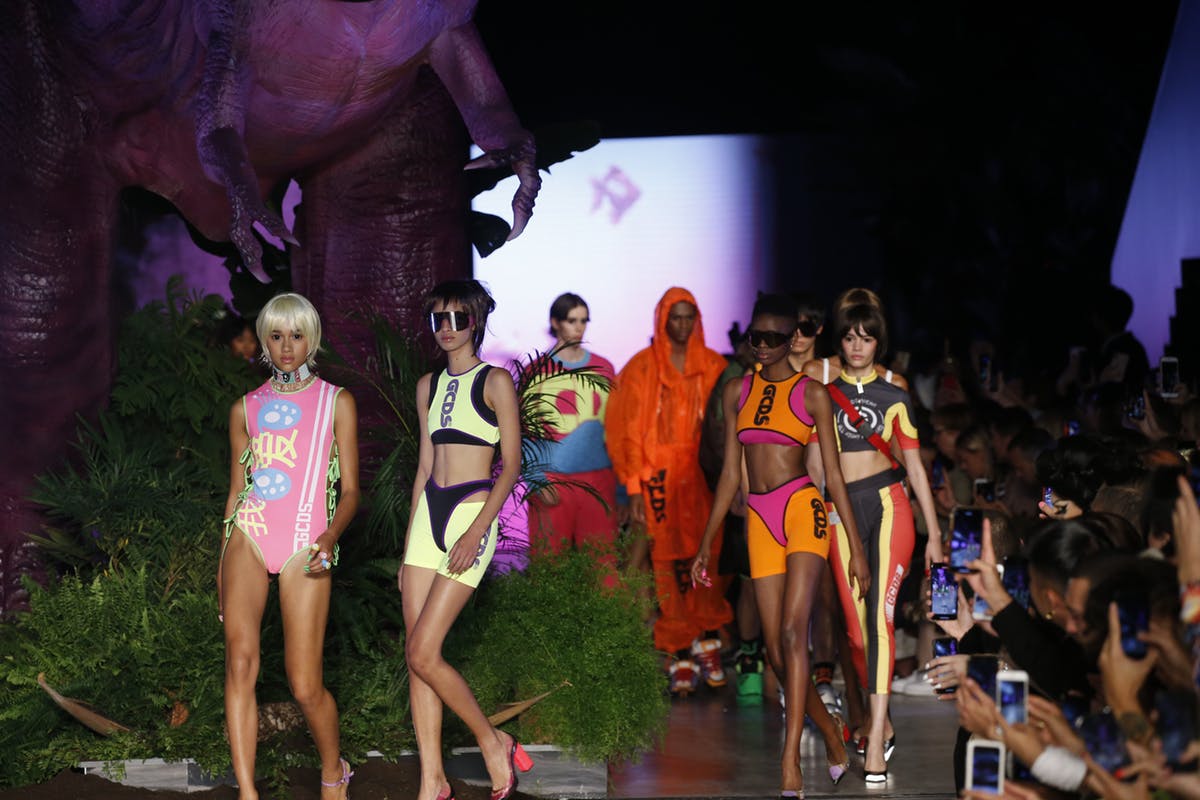 The Exotic manga of GCDS

In the shadow of a giant dinosaur, Giuliano Calza gives his audience of fans a collection that mixes teenage memories, manga psychedelia and Hawaiian suggestions with guaranteed commercial success

Irreverent, ironic, sometimes unscrupulous, the GCDS collection for spring summer 2020 is a hilarious manga set on the beaches of Hawaii and that makes its own the magic of the archipelago, incorporating colors and positivity.

It was 1993 when Steven Spielberg first filmed the blockbuster Jurassic Park in the American islands, a film destined to mark the history of cinema and become the great love of a generation: Giuliano Calza, the young designer at the helm of GCDS, on the other hand, he is the son of his time and pays his respects to Spielberg’s masterpiece by reproposing the poster on garments with guaranteed commercial success and transforming the room into an authentic film set, with a giant T-Rex to roar over the heads of the guests.

The collection is a collection of multiple references, a diary of memories, impulses and teenage passions ranging from impertinent Japanese manga to pacoconi colored bears, all enriched by the irreverent and light-hearted attitude of those who that age feels or felt the need to be great: the dresses are mini, sexy, provocative and the silhouettes band the body of the models, very young Lolita that the use of black scleral lenses makes hypnotic.

The colors are deliberately exaggerated and intense, stolen now from the lush Hawaiian vegetation now from the flashes of Japanese video games, giving an overdose of positivity. In the front row, the idols of the moment, from Aaron Piper of the Netflix series “Elite” to Naomi Watanabe, applaud the show amusedly, a successful stylistic exercise for young lovers of the genre and that suggests that streetwear is not so dead. 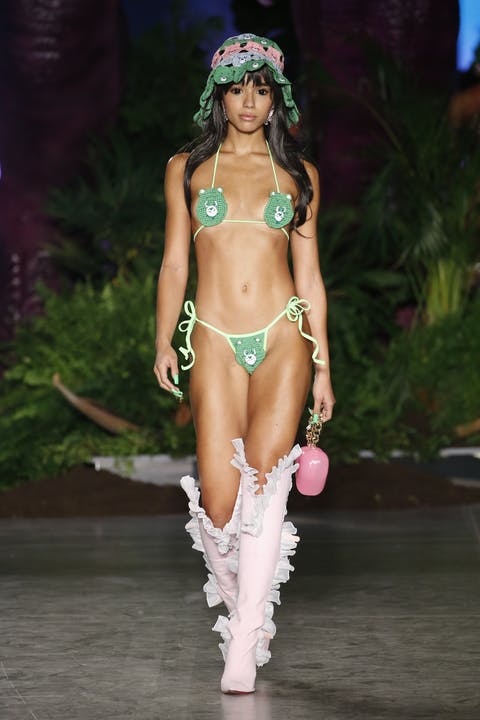 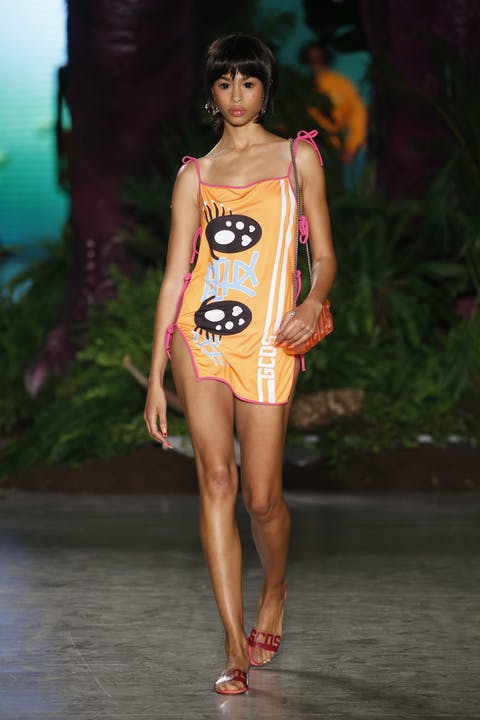 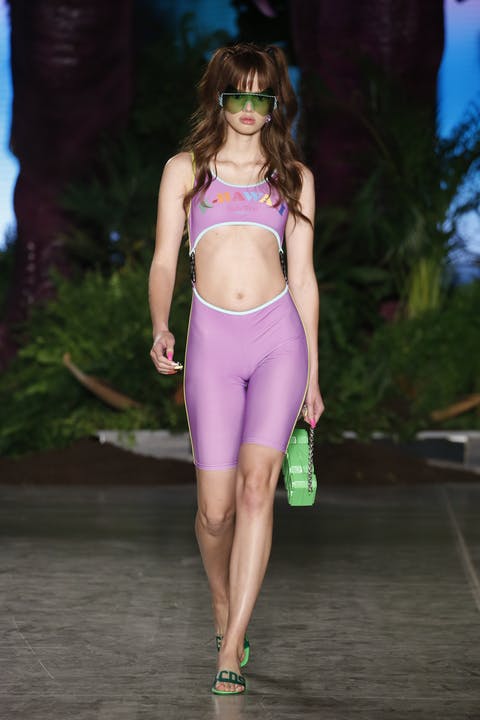 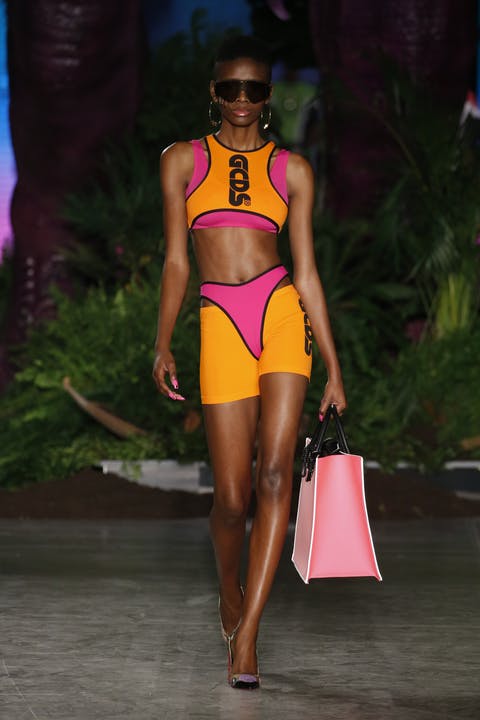 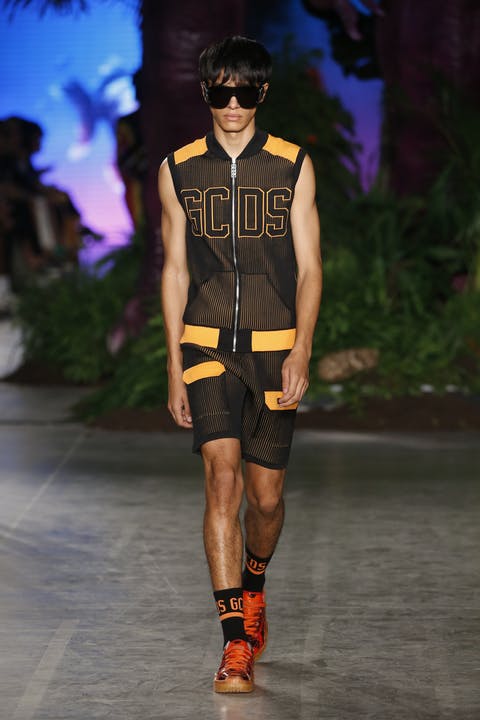 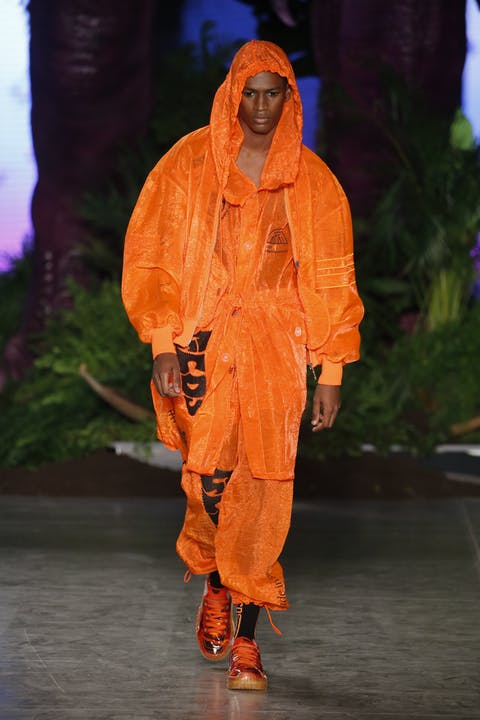 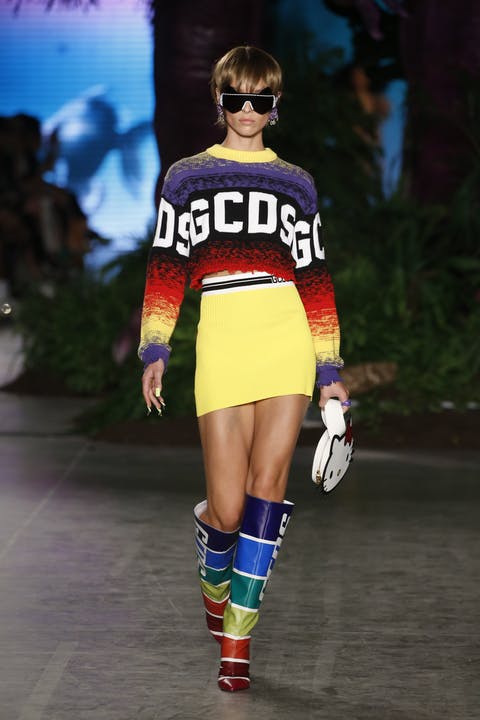 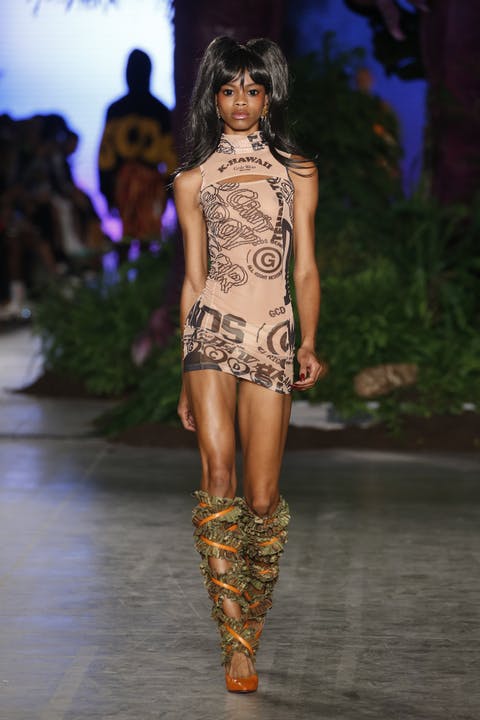 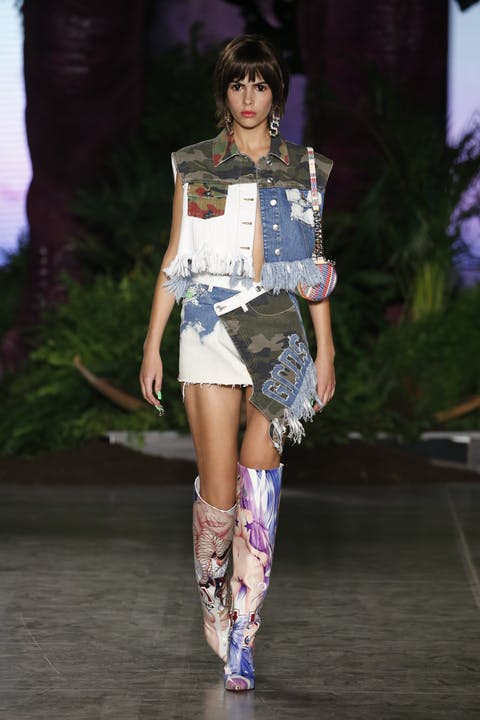