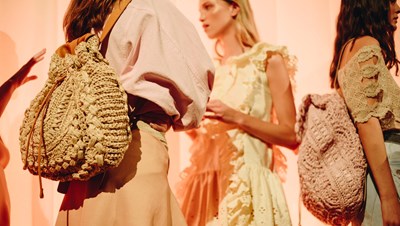 Summer trend 2019, reach the beach also in the city

Making the looks à la plage their own also in the city is the macro trend of this hot season, as proclaimed by the catwalks during last September’s shows, especially Chanel’s. Bags and hats of straw and raffia cannot be missing, along with cream or sorbet-colored looks, combined with beach-inspired accessories.

No gritty looks, fluorescent colors or glitter and sequins, this summer. From New York to Paris, London and Milan, on the catwalks for the spring-summer 2019 a trend has emerged that looks back a little and is commonly referred to as reach the beach, literally “reaching the beach”, or making one’s own looks and purely à la plage fabrics, even in the city. 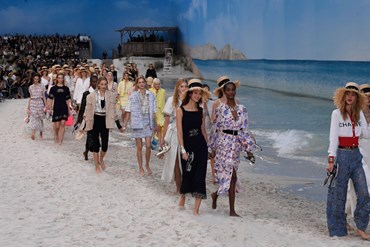 The finale of the Chanel SS 2019 fashion show

Going back to the 80s and 90s, to the memorable looks worn by Lady Diana made of neutral and ethereal colors, pastel colors, very high-cut swimsuits, but also bags of straw or raffia, it is possible to get an idea of what the macro trend very popular for this summer. 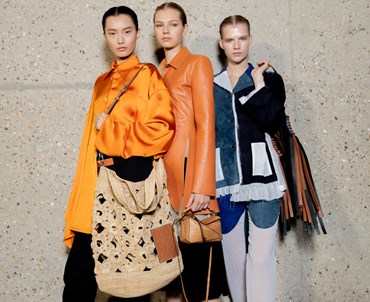 A trend that, especially in terms of colors, has also turned to beauty, both for make-up and hair styling.

Chanel’s fashion show for the p-e 2019 was presented as a perfect backdrop for this imagery, presented last September in Paris and (again) created by the creative director of the recently deceased fashion house, Karl Lagerfeld. 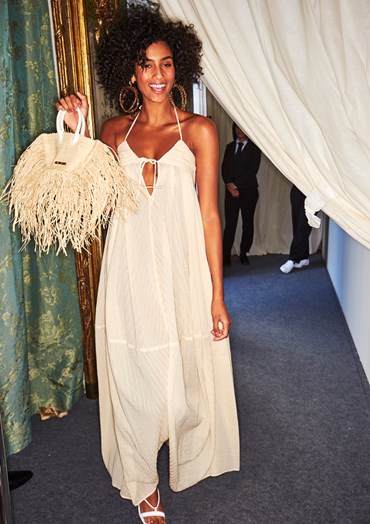 The show had been set up as usual in the spaces of the Grand Palais, which for the occasion the creative had transformed into a suggestive tropical beach, complete with sand and a shore.

Just over 80 garments are on the catwalk, representing the best trends for the current season. First of all for the accessories, which are once again truly reach the beach even in the city.

Maxi straw hats paraded from Chanel but also on the catwalks of Jacquemus, Valentino and John Galliano.

Not least the bags that, with the exception of a great return of baby carriers and belt bags of various kinds, are mostly made of straw and raffia in all sizes: from the maxi ones to be worn on the beach and which therefore become super capacious for the office and to carry the laptop, like on the catwalks of Alberta Ferretti, Michael Kors, Stella McCartney or Isabel Marant.

But also braided buckets like those proposed by Salvatore Ferragamo, or hand bags and mini clutches. And not only, on the theme of the weaving, the shoulder bags that recall the fisherman’s net were also successful, mostly made by hand and from the outside they give a glimpse of the content, as in the Loewe show.

And if accessories are the main focus, the clothes leave the scene for them. For clothing, in fact, which incorporates the 80s and 90s trend in terms of cuts and shapes, one does not particularly dare with color.

The shades are in fact mostly ethereal, natural, ranging from shades of white and cream to pastel tones, or rather, sorbet colors. Just like those seen on the beach-catwalk of the maison of the double C: soft nuances of yellow, aquamarine, pink, salmon and blue, always combined with small accessories in pvc or terry cloth like the beach towels. 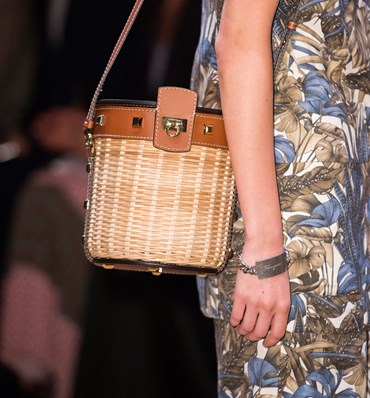 On the other hand, never before this year have the trends in terms of beauty, from make-up to hair styling, aligned with those of the catwalks. As far as the make-up is concerned, the pastel tones of the more orange-colored reds, coral and rose are always the winning features, as do the matte tones of the earth for eye shadows and blush.

However, only hair trends are really in vogue, and for the warm season they have seen the triumph, even in this case, of the natural look. The so-called messy hair, which would literally mean messy, and which in practice translates into apparently left-to-natural hair styling, with a wet effect, that is wet, recreated with special lacquers or waxes.