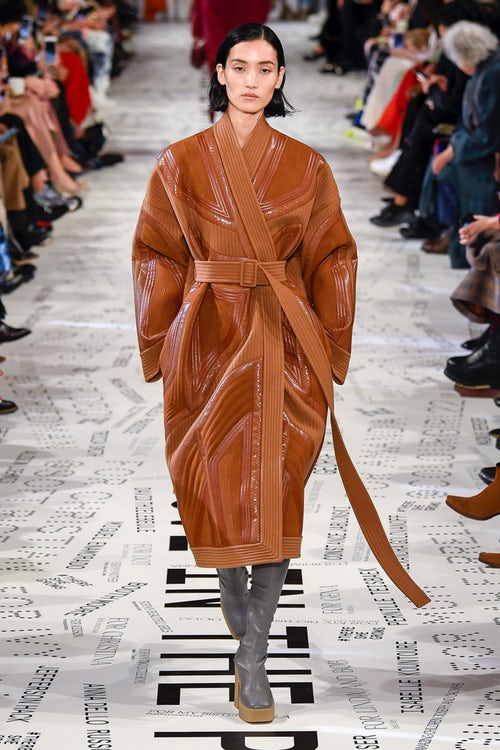 The collection had a vigorous breadth and depth, but also an imaginative flair that has eluded her in the past

Who knew the Leuser Ecosystem in Sumatra was a major source of Planet Earth’s oxygen, let alone cared that loggers and palm oil privateers were threatening its wellbeing? Stella McCartney did know and did care, and she launched her #thereshegrows tree-planting initiative as a response. Her catwalk on Monday was a print-out of everyone who’s helped so far. 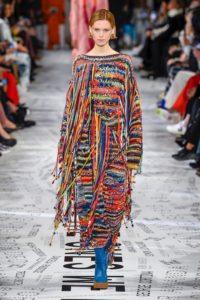 Maybe that experience was galvanic for her. The collection McCartney showed had a vigorous breadth and depth, but also an imaginative flair that has eluded her in the past. It was elevating to imagine such a development naturally occurring as a response to the increasingly competitive arena of responsible fashion. Stella opened a door. She doesn’t want a whole crowd of people running through leaving her to hold the handle.

Or maybe that’s the designated role of an inspiratrice. She could certainly clarify for us what it’s possible to achieve these days, from the fur-free-fur jacquards her men and women were wearing, to the dresses knitted from vintage t-shirts and Natalia Vodianova and Adut Akech’s “leather” coats.

The coats were the fulcrum of the collection, gorgeous wrapped situations, cinched at the front, falling away in a cape shape at the back. For men, there was an impressive greatcoat of upcycled waxed panels. But the show also offered a clear definition of McCartney’s own personality: the tomboy who likes to be glamorous every now and again.

So here was an army jumpsuit (one of the best of the season), and there was a silky affair (sustainable viscose, appropriately forest green) with a horse print to suit the lady of the manor. And, to close the show, a tapestry of McCartney fabric remnants, straddling shoulders and bodices, or remodeled as a kimono-styled wrap dress. 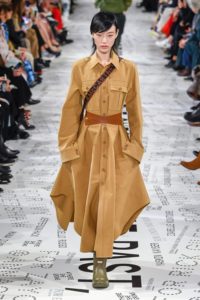 The things you can do with fabric have obviously been a staple of McCartney’s career. She brought them to a head on this collection through her collaboration with artist Sheila Hicks, who created fibrous bandoliers that draped the models’ torsos.

However nerdy the notion of wearable art may be, you sling it across a supermodel and it looks just fine.

Burberry, Chic Outdoor-Wear for a new era of freedom