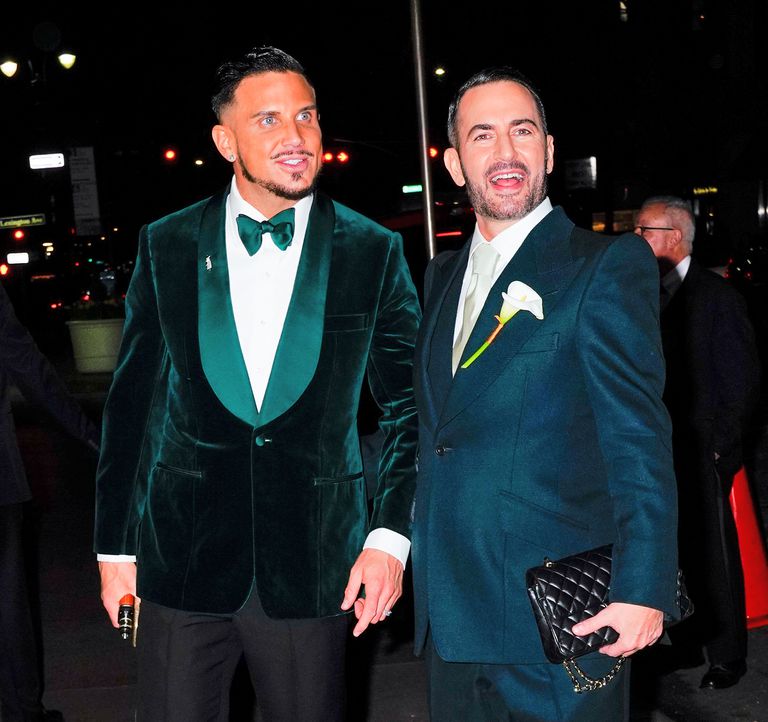 So Marc Jacobs got married, here is the royal wedding with Char Defrancesco

Despite the fact that Instagram does not always have a great deal to say (haters, stereotypical beauty in gogo, omnipresent and suffocating adv, like), the miracle happens cyclically. An event-event that reminds us that if used well, social media can be that elusive trait d’union that brings us closer to the stars or the poster to carry out a worldwide battle. Another example? The marriage of Marc Jacobs and partner Charly “Char” Defrancesco celebrated over the weekend in New York, and that Instagram gratias, we could follow live despite an ocean (and just a vip only invitation) in between.

The super moving video of the exchange of votes, the impeccable tuxedos of the spouses (Marc’s made by his friend Ralph Fitzgerald for Huntsman), the detail of the custom-made boots made for the occasion by Alessandro Michele from Gucci, the penguin brooch in onyx and diamonds gift for Marc and Char of the design director of Prada and Miu Miu, Fabio Zambernardi (penguins are the most faithful animals par excellence, as the designer on Insta reminds us), the lion-headed twins of David Webb and the sweatshirts featuring some pairs from the animal world given as favors (and the otters become asap the favorite print of the shopaholics).

And then the coolest guests that any fashion house would dream of having all together in their front row. Guy? The spectacular Queen Naomi Campbell in Balmain, Kate Moss with her daughter photocopied Lila Grace (testimonial of the Marc Jacobs beauty line ed), the first with a vintage burgundy dress by Janice Wainwright the second with a strapless metallic minidress, but also Emily Ratajkowski ( a vision in yellow) and Gigi and Bella Hadid who, with their mannish looks, have made (again and again) the center.

Desigual, 10% drop in sales and net profits more than double