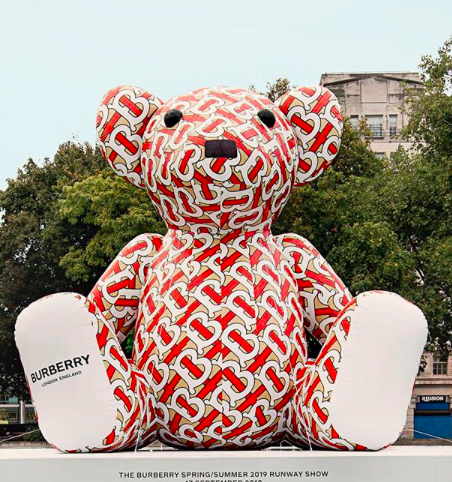 The two most awaited fashion debuts of the season, that of Riccardo Tisci and Vedi Slimane, are already making the web talk to adv

The wait for the debut of the first collection of Riccardo Tisci for Burberry and Hedi Slimane for Céline is great, but to fuel it in the time of social media could only be the numerous (and interesting) initiatives of rebranding, metropolitan advertising and engagement implemented by the experts of the two respective maison.

In the United Kingdom, just a few days before Burberry’s fashion show, the company announced the launch of a limited edition designed by the Italian designer, on sale only for 24 hours on Instagram, WeChat and, ‘on the road’, in the flagship store of the brand in London, an initiative that follows the debut of the new Burberry logo, created by the graphic designer Peter Saville, and an unpublished monogram.

On the other hand, in Paris, in view of the Céline show on September 28th, Hedi Slimane debuted a black bag (which will probably be on the platform) on

Lady Gaga’s arm, and then, too, a new logo “Which refers to the historical one of the Sixties, infusing a 1930s style modernist style with the typographic characters and expressing purity in the elimination of the accent”.

Moreover, for a few days, it’s the turn of a series of black and white images on a solid color background, accompanied on Instagram by the hashtag #celinebyhedislimane.

The official account of the brand has first been reset, making a clean sweep of the contents related to ‘Phoebe Philo era’, and then gradually introduce new suggestions of the minimalist rock aesthetic that has always been associated with Slimane.
Lvmh, parent company of Céline, has also suspended the e-commerce of the brand, just nine months after its launch, freezing the possibility of buying on the web (at least) until the debut of the new collection.

Now, on celine.com, we see a film of a truck clad with Céline campaign images as it travels through the New York trade, symbolizing the countdown from the New York fashion week in progress.

Gala and wedding: here the trends