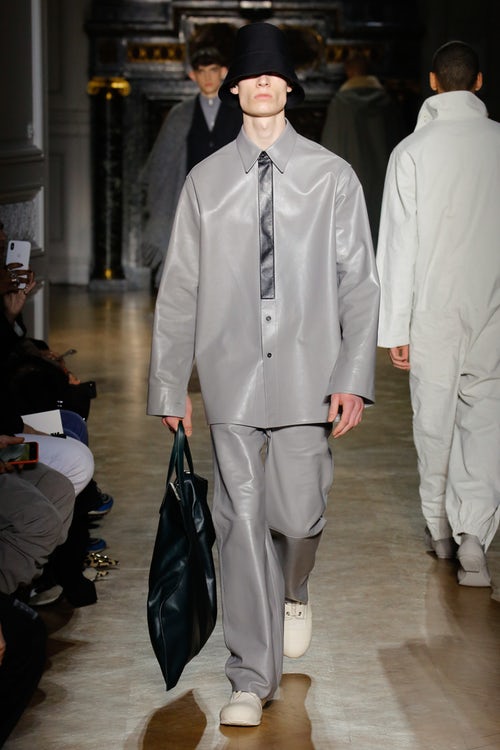 Luke and Lucie Meier’s debut menswear show was full of desirable, modern pieces, but the effort didn’t quite resonate on the catwalk

“We are ready,” said Luke and Lucie Meier backstage before their debut menswear show for Jil Sander after a couple of seasons of showroom presentations. They chose a rather unlikely venue for the event. The tony spaces of the Hôtel Salomon de Rothschild, all stuccoed fireplaces and gilded mirrors, made in fact for some graphic contrast with the fierce, if soulful, modernism the Meiers are after for the house that Jil built.

The marriage of these two extremes set the tone. Nothing is ever forced for the Meiers, however: their cool, calm demeanor touches whatever they do, creation being a rather autobiographical effort for them. “We wanted to show a new attitude to wearing the suit, translating the codes of formality to a new generation, making something pragmatic and real,” they said as a rationale for Friday’s show. 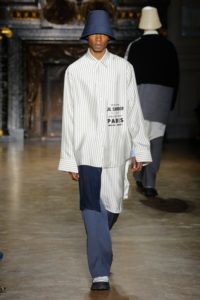 Presented on a multicultural cast of very tall and very slender young boys coming from the four corners of the world, the Jil Sander soft, precise tailoring looked anything but formal. It did not look abrasively urban or brutally cool, either. It looked calm and serene, in fact. The silhouette was soft and flowy, with a stress on classy coats and a couple of elegantly rendered jumpsuits. 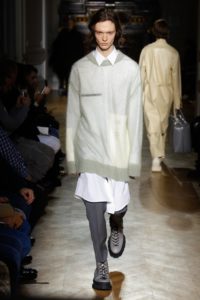 Here and there, the Meiers added their trademark ethnic touches, putting tunics under coats, for instance. They were all desirable, well designed, modern pieces: as a first show, in fact, it was good. Yet, the effort did not quite resonate on the catwalk. Despite some graphic insertions and some geometric prints, the goings soon took a rather too sober turn. Missing were the unexpected tweaks the Meiers bring to their womenswear. Some spice could help next season. The Meiers have it already.

Versace and Furla Go Fur Free, as they announced

Prada goes out of its way for inclusiveness