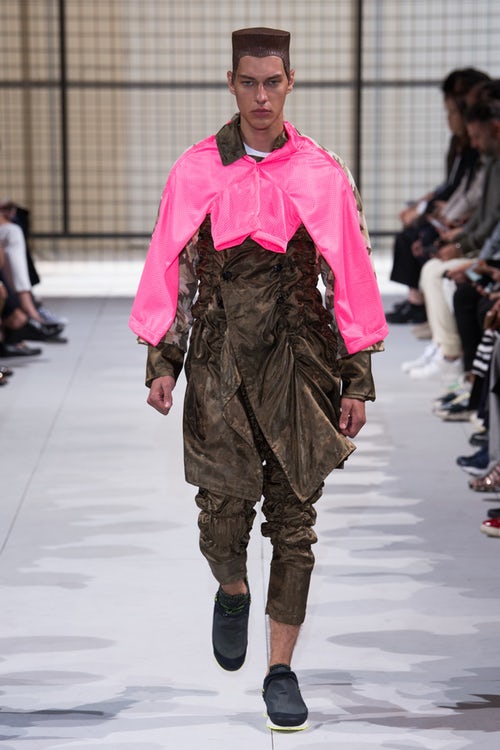 Rei Kawakubo returned to the mutated Edwardian silhouette that has underpinned her menswear from almost the beginning. But although there was buoyant colour, Kawakubo’s dissection of the suit had teeth

Decades ago, I cherished my Comme des Garçons jacket with the Liberty print lapels and the swallowtails. That same mutated Edwardian silhouette has underpinned Rei Kawakubo’s menswear almost from the beginning, and it reappeared on Friday in suits scrunched, crumpled and ruched.

Crazy Suits, in fact, which is what Kawakubo called her collection.

But those particular pieces got off lightly compared to the sartorial autopsies that were performed on other items of tailoring, like the camo suit scissored into a glorious mound of shimmering kelp or the jaunty awning stripe slashed to gaily coloured ribbons.

Although there was buoyant colour, and, often, a deceptive, almost tracksuit-ish ease, Kawakubo’s dissection of the suit had teeth.

Literally, in the case of the extraordinary accessories that mounted the jaws of a snarling dog on the kind of chain link you’d finding wrapped around the wire fencing that provided the backdrop.

They call those dogs junkyard dogs, because they’d be the second line of defence if anyone was desperate enough to make it through the wire.

For her finale, Kawakubo posed her besuited boys against the wall behind the fence.

They looked like a police line-up, juvenile delinquents hauled off the street in a random sweep. It made you aware of the subtle choreography in a Comme show.

If JD’s sound like a blast from the past, Julien d’Ys gave Kawakubo’s models the headgear to match – moulded rubber “wigs” that were a compendium of 1950s hairstyles, from flattops to pompadours.

In those days, gangs of boys would coalesce around a style, judge each other by their sartorial sharpness, fight for their right to party smart. Dress codes were do or die.

Maybe Kawakubo was making a subliminal connection to the state of now, and the enduring tribal power of dressing. Done up in their dos, their brightly coloured suits, their waistcoats and bowties, her guys were just a gaudier kind of gang. But don’t be fooled: their candy colours didn’t mean they couldn’t cut you 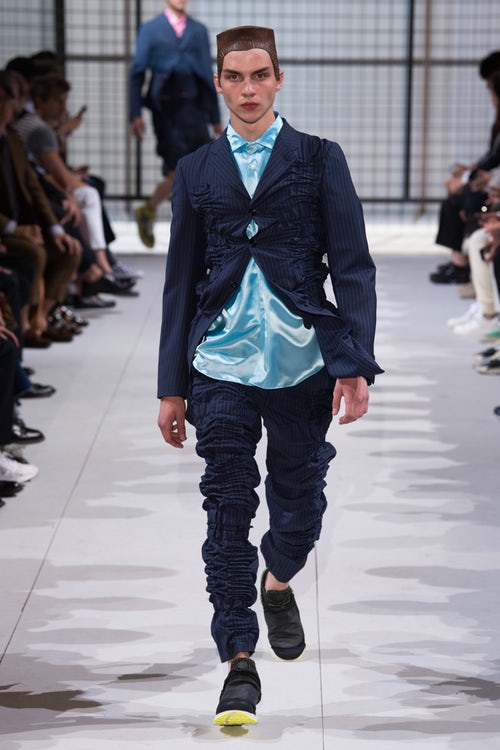 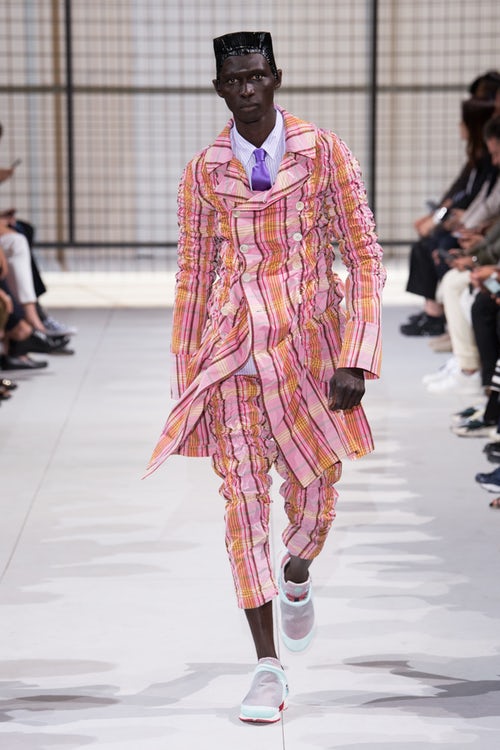 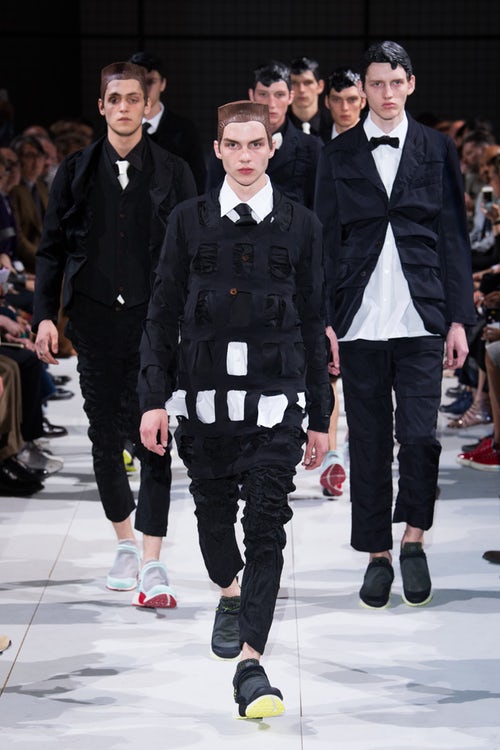 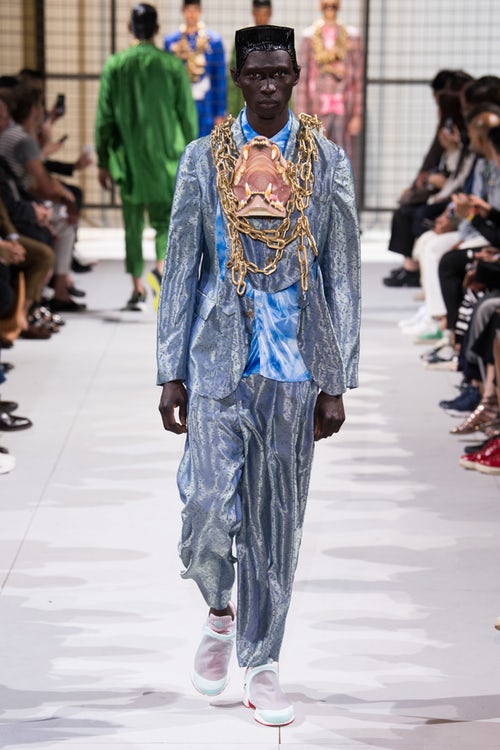 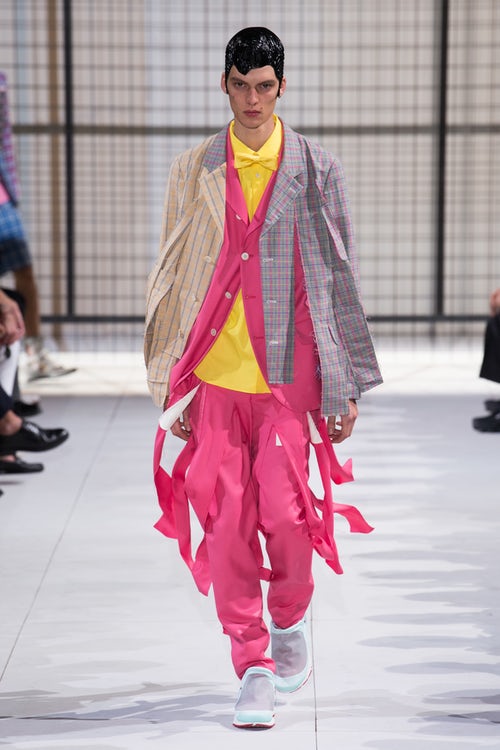 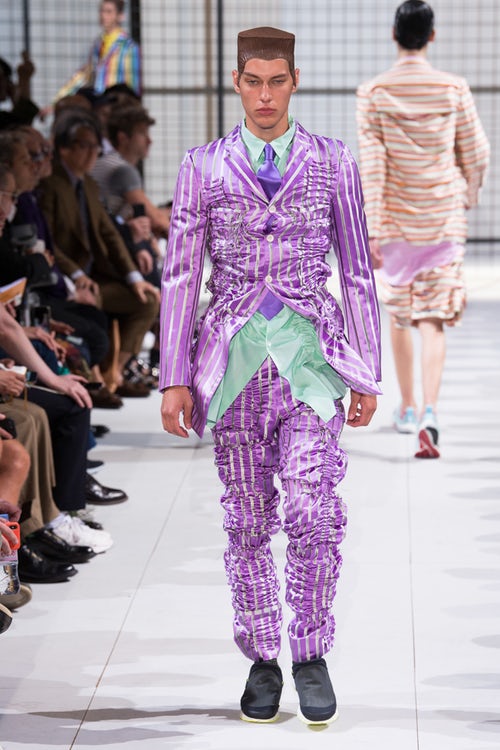 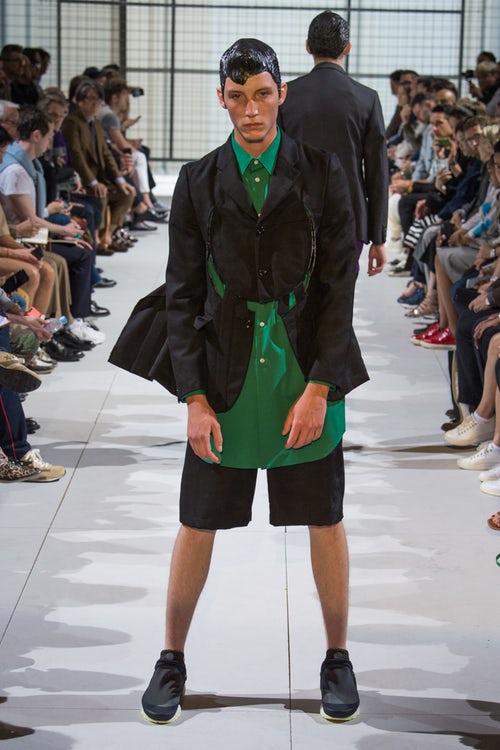 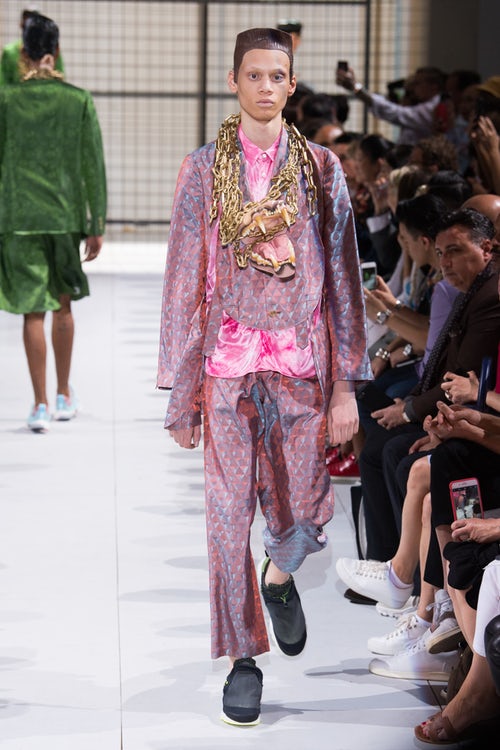 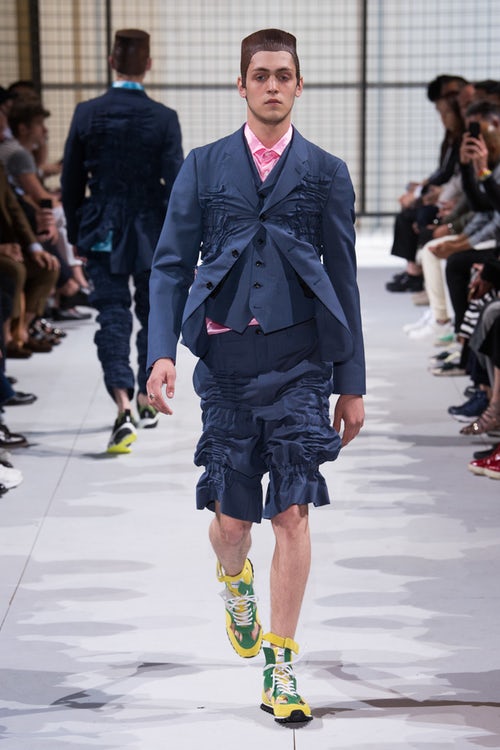 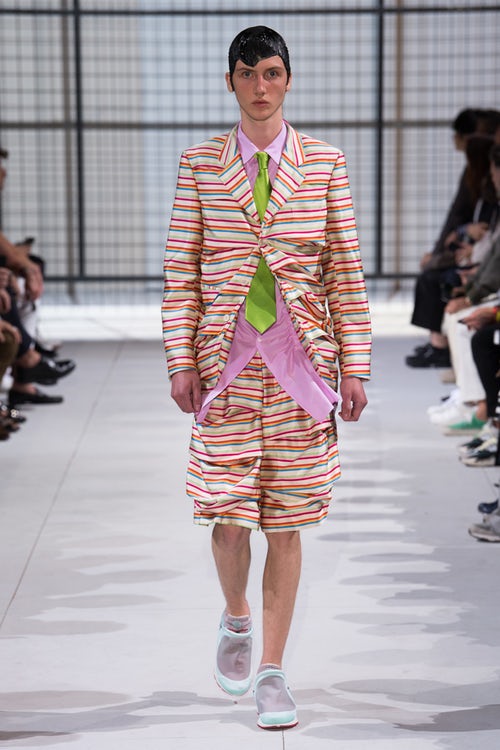 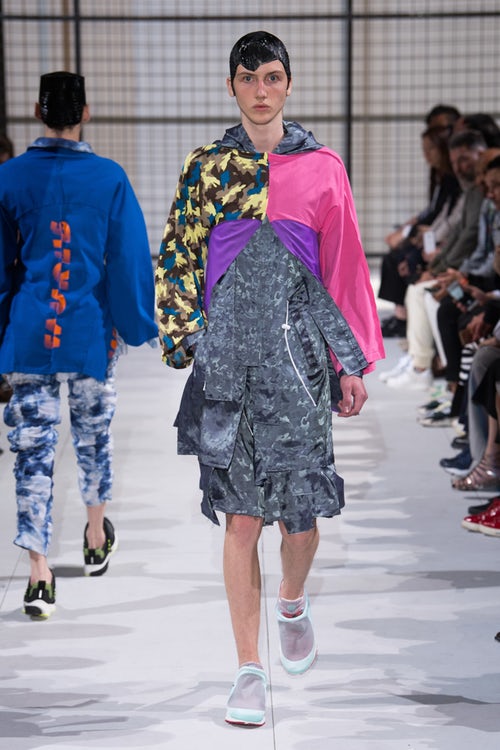 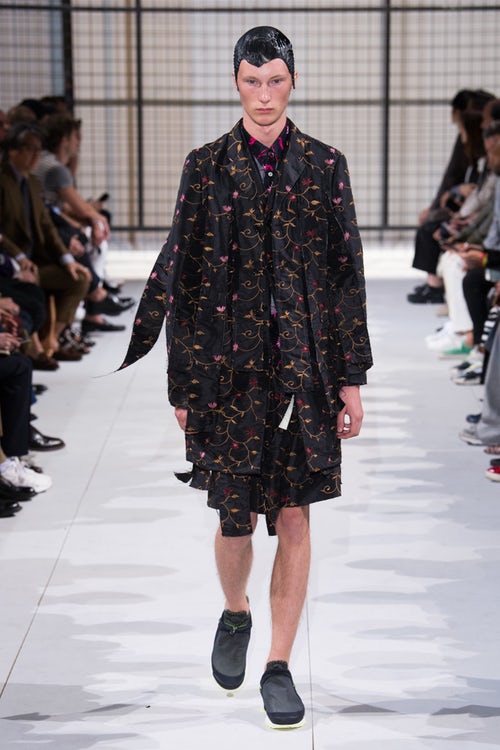 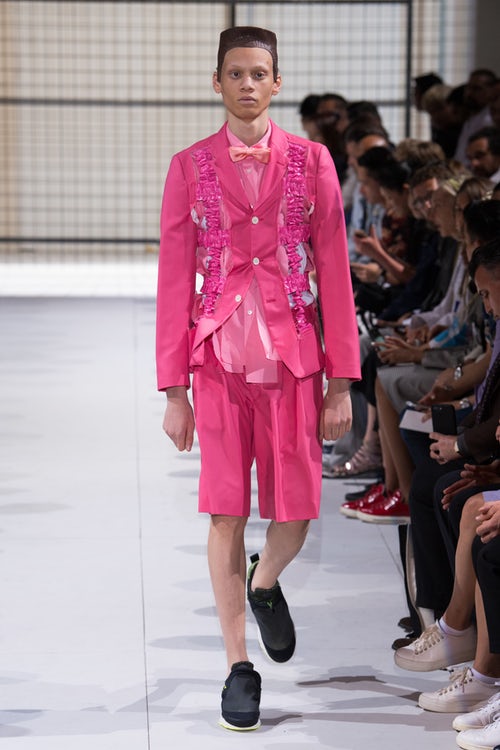 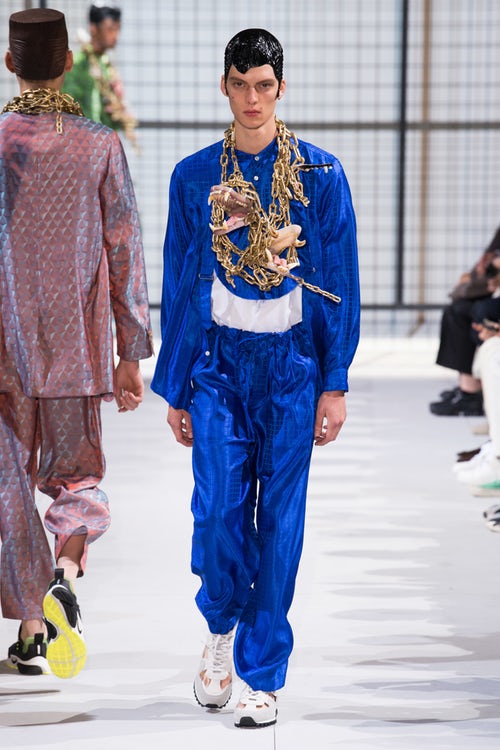 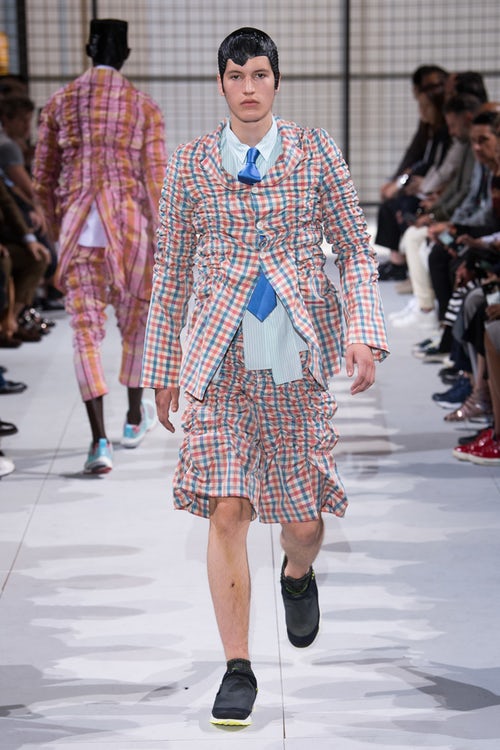 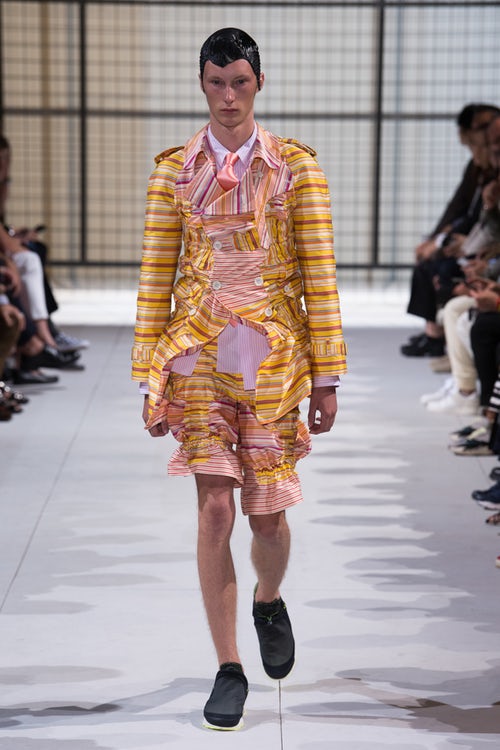 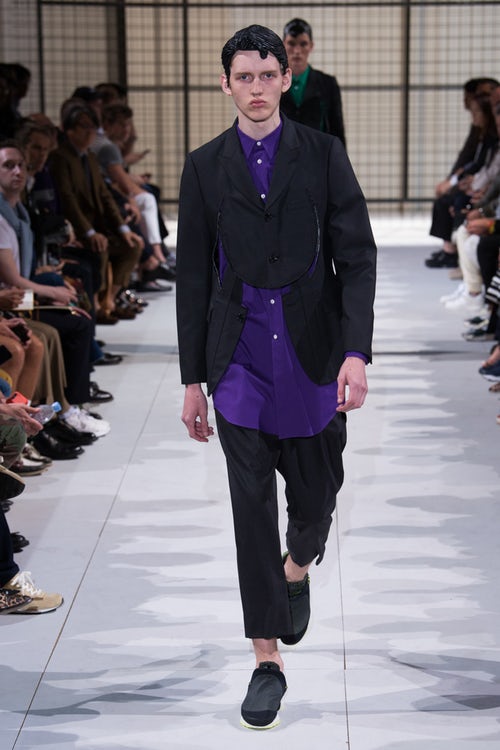 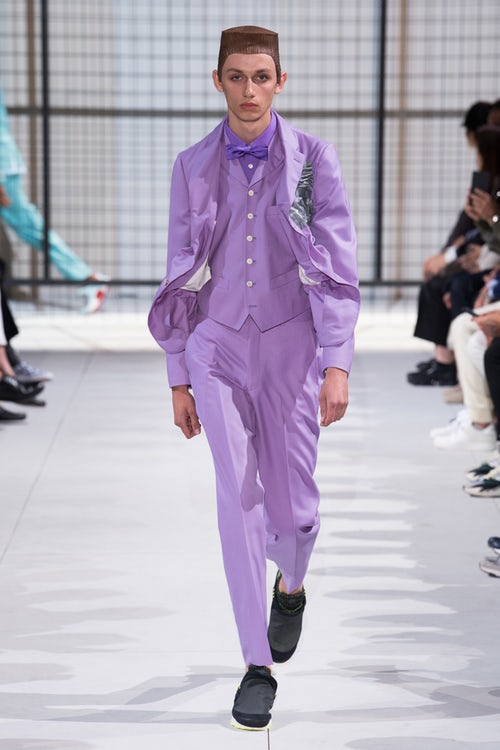 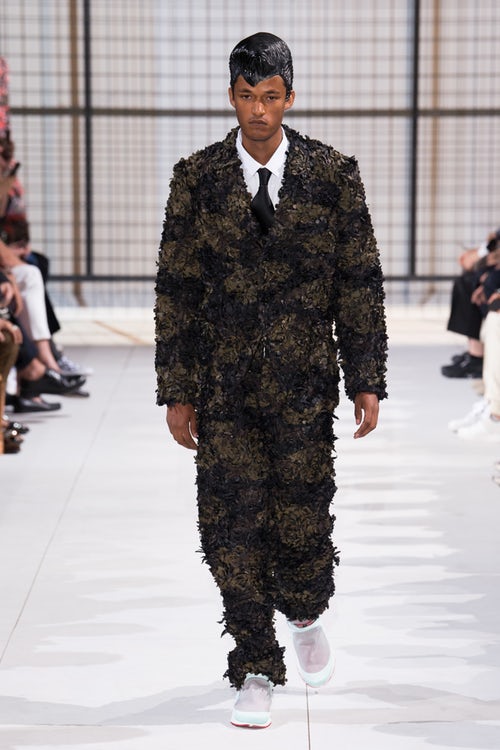 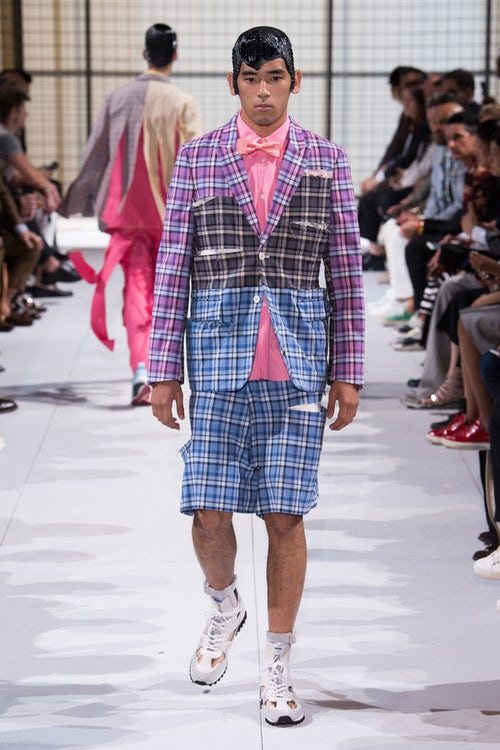 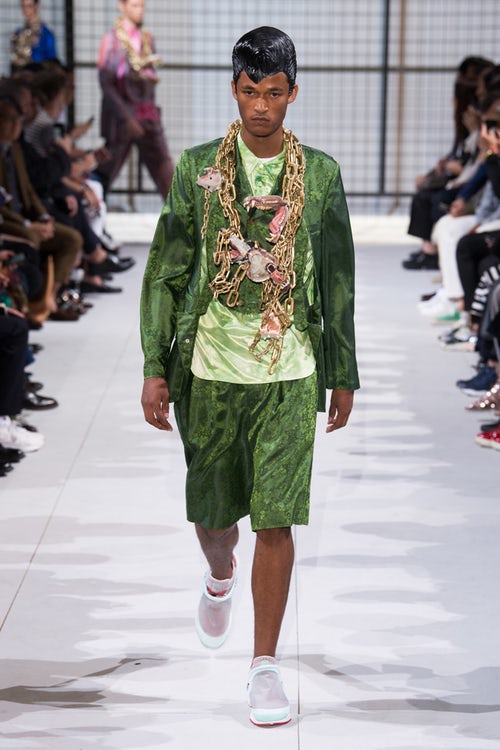 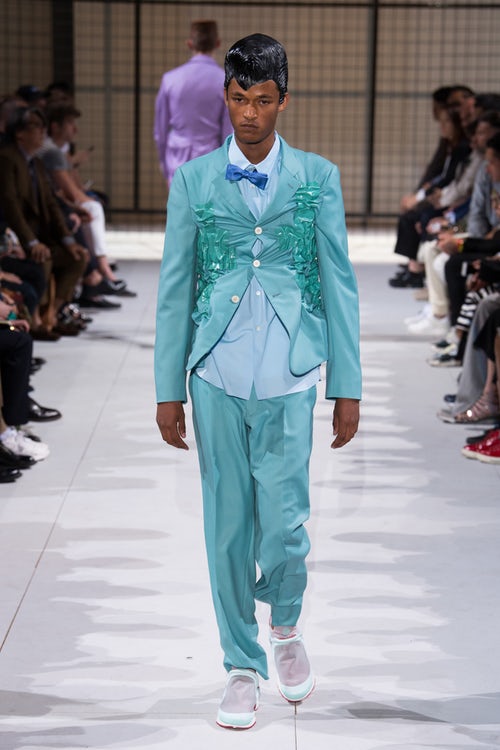 Milan and Paris are ready for their men’s Fashion weeks

Dior returns to the catwalk with pre-fall 2021 in Shanghai