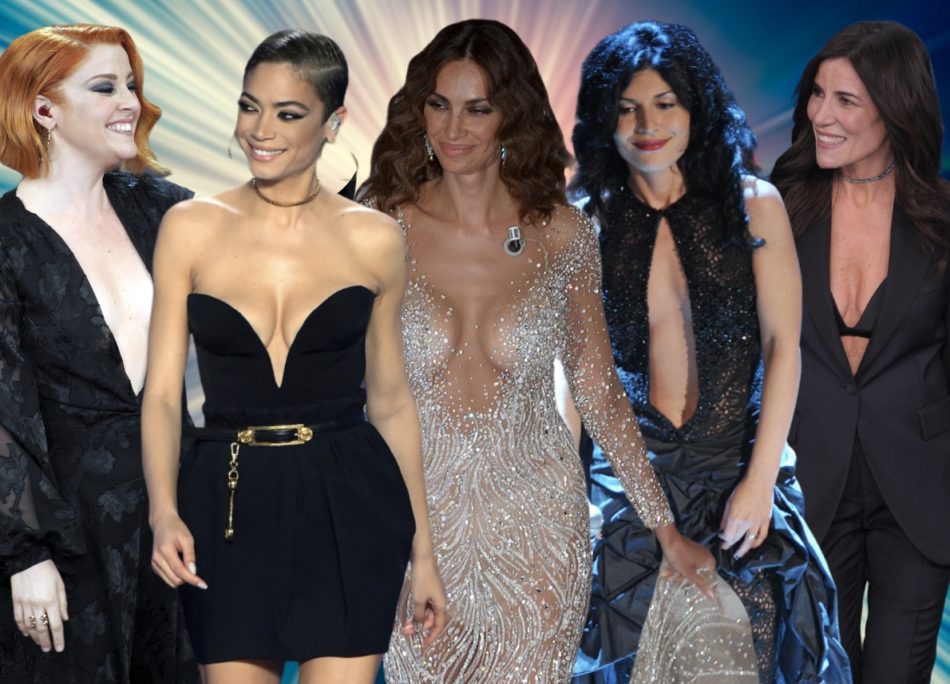 During the week of Sanremo Vanity fair dedicates an article to the … famous and intriguing necklines that singers, presenters and actresses have shown over the years on the stage of the Ariston Theater. Starting with Elodie last year, who made Andromeda’s performances even more gritty thanks to a series of Versace signature looks and necklines sculpted on the singer’s body. In 2020 it is impossible to forget the impetus of Elettra Lamborghini in Marinella Spose and Dsquared2 and the rock-chic soul of Irene Grandi who hinted at the absence of a bra in her outfit. Who has never been afraid of anything is no doubt Noemi. With men’s jackets with nothing underneath together with the electric blue suit with the strapless bodice, all signed by Enrico Coveri. La Jolie Fille’s 2018 dress, along with that of Giusy Ferreri by Michele Del Prete worn in 2011, were probably the most “generous” of the last decade. Anna Tatangelo always faces the Festival with the allure of a true diva: the creations of Francesco Paolo Salerno are memorable, which in 2015 enhanced the breast and class of the former suburban girl. Among the swirling dress changes of Michelle Hunziker of the first Baglioni, year 2018, there are also numerous necklines: the most dizzying are those by Armani Privé and Alberta Ferretti. Alongside Gianni Morandi in 2011 there are two celebrities known at that time also for their relationships: Belen Rodriguez was linked to Fabrizio Corona while Elisabetta Canalis was engaged to George Clooney. Thanks also to the parade of dresses shown at the festival, the two have contributed to emancipating the role of beautiful women around the presenter from valletta and co-hosts with the complicity, no doubt, of the beautiful dresses as well as their real abilities. Everyone remembers Belen’s butterfly, a springboard for Fausto Puglisi, the designer who designed the dress with the slit that canceled out the power of the neckline, albeit busty.

Discover Michele Franzese Moda’s world and subscribe to the newsletter: many opportunities and extra discounts for you:

Fashion and consumers, McKinsey report: the five trends of 2021

Montblanc opens in Verona and reopens in Milan

Michele Franzese Moda, how to get early access to black Friday

Stella McCartney and the impact of Kering