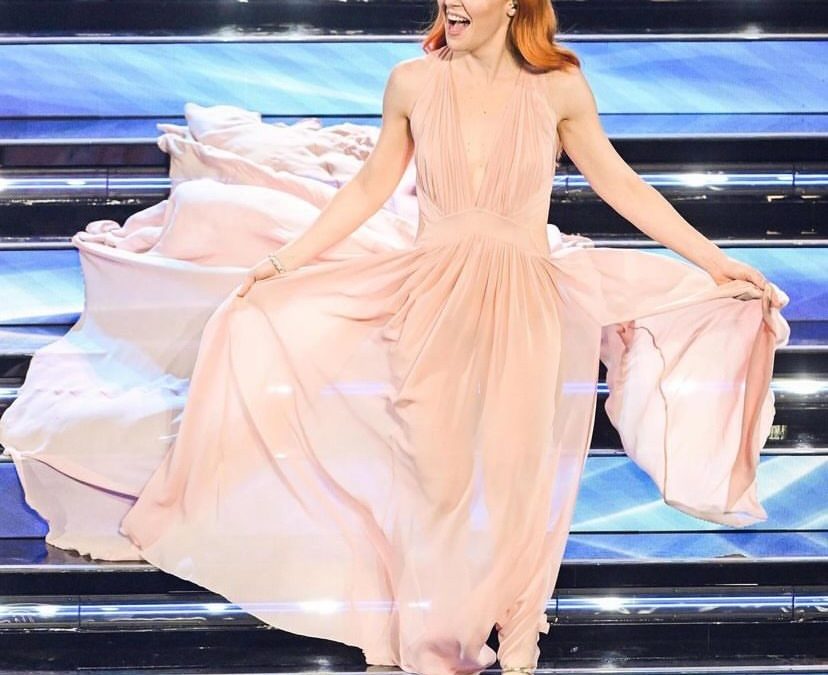 Etro, Moschino, Cavalli, Alberta Ferretti. These are some of the top brands, present in the available collections of  Michele Franzese Moda (www.michelefranzesemoda.it), which dressed the protagonists of 72nd edition of the Sanremo Festival, which started on Tuesday 1 February at the Ariston theater.

Twenty-five singers in the competition, presented on stage by Amadeus, artistic director of the event for the third consecutive year. Apart from Achille Lauro, who showed up shirtless, showing off his well-trained body covered in tattoos, and a perfect Matteo Berrettini, tennis champion among the top ten players in the world, special guest of the evening and perfect in a tuxedo, we like to report four artists in particular about look

Let’s start with La rappresentante di lista: the duo choose Moschino by Jeremy Scott with a Paris Hilton-style tailcoat and crown for her and a tuxedo for him, gritty looks that mark a change of pace compared to last year’s atmosphere. Their original song “Ciao ciao” was awarded by the vote of the press room (newspapers, radio, TV and sites accredited to the Festival) with the second place of the first evening behind Mahmood and Blanco. 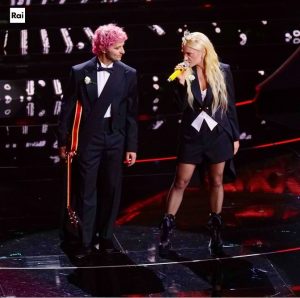 Rock uniform in leather by Etro for Rkomi. His “Insuperabile” establishes a similarity between a complicated love relationship and a custom-built one launched at full speed and therefore unmanageable. 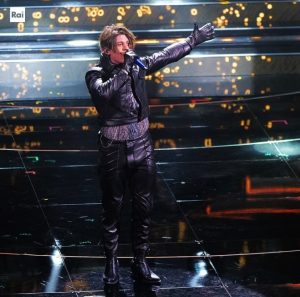 Noemi returns to the Festival for the seventh time and for the second consecutive year after the experience of the last edition with Glicine. This year she sings “I love you I don’t know”, also written by Mahmood. On the stage of the Ariston Noemi wore a creation by Alberta Ferretti, in which many saw a reference to the Little Mermaid when she wears the pink dress in the prince’s castle. 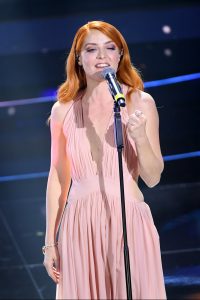 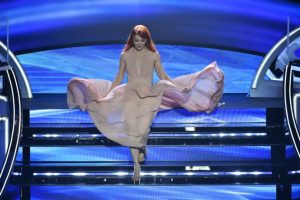 Also to be appreciated is the Cavalli look by Michele Bravi, who returned to the Festival with a jacket with floral applications in black ablue leather. Below you can see a black sequin blouse to be in line with the sparling mood of this Festival. 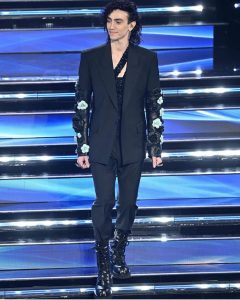 Francesca Bellettini is the Alumna Bocconi 2018