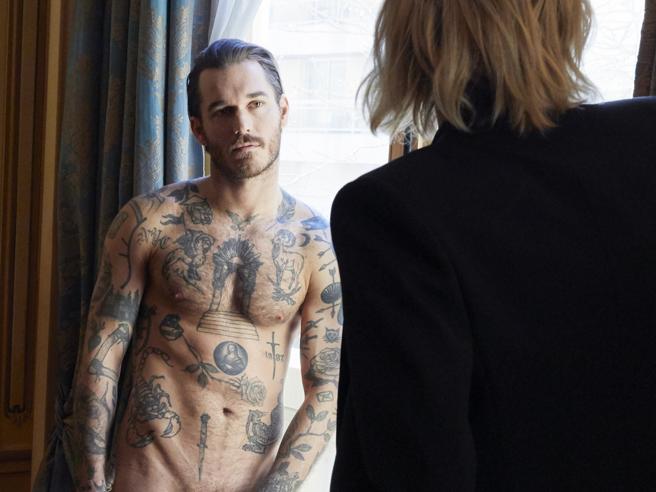 The condoms of the French brand cost 2 euros per piece and are available in one size and two models: the gold one and the black one

The new Saint Laurent campaign “Love Affair” is destined to make noise, aiming to promote the use of condoms, condoms that the maison produces and sells in the Parisian boutique at 213 rue Saint Honoré, where there is a dispenser . Objective: to make people aware of sexually transmitted diseases and stem their growth by encouraging the use of condoms.

The image of the campaign, wanted by the designer Anthony Vaccarello and signed by the photographer Juergen Teller, depicts a naked tattooed man (this is the artist-model David Alexander Flinn), while in front of him we see a blond (dressed) woman of shoulders (it’s Anja Rubik). This photo covers the French capital with billboards that stand out in the subways and in other public places.

For the French brand it is not the first nude photo published. Let’s not forget that the same designer Yves Saint Laurent, founder of the maison, posed nude in the 70s.

The condoms offered by the French brand cost 2 euros per piece and are available in one size and two models: the gold and the black. The brand has decided to focus on condoms to push people to use protection in sexual relationships.