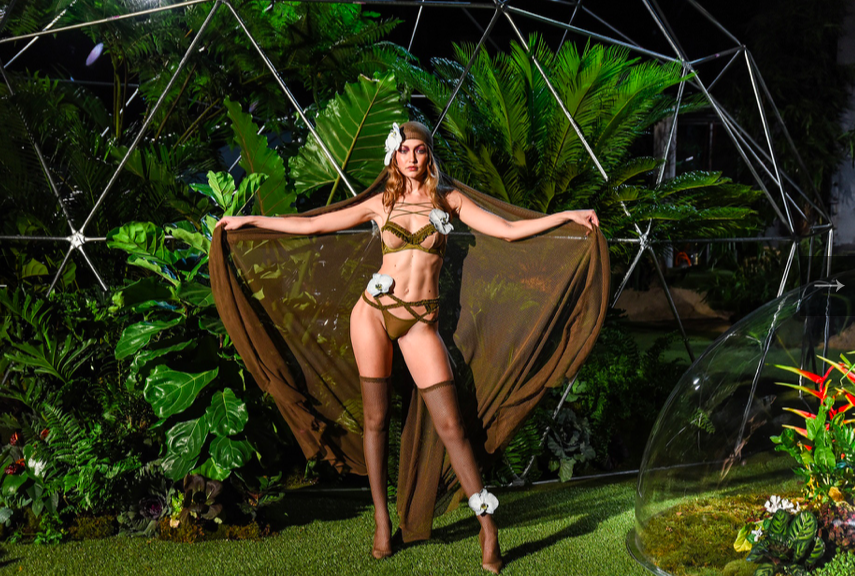 Rihanna lingerie designer is a wild show, on the catwalk curvy and pregnant models

Rihanna lingerie designer is a wild show, on the curvy catwalk and pregnant models

‘Savage’ in name and in fact. The popstar Rihanna has sent on the catwalk a ‘wild’ show for ‘Savage x Fenty‘ with pregnant models and other very curvy ones.

A show to say the least ‘inclusive’, inclusive, with a borderline scenario between virgin forest and garden of Eden, staged at the Navy Yard in Brooklyn and that represented the true ending with a bang by New York Fashion Week, stealing the spotlight to Marc Jacobs, whose traditional parades close New York shows.

Rather than parading, the models were writhing, expressing themselves in loud laughter, having fun and hunted with each other like wild animals.

“My mission is to make sure that all women in the world feel comfortable, sexy and have fun wearing lingerie,” said Rihanna backstage after the show.

He also explained that he wanted to show all types of body and all types of women in the different stages of their female condition.

On the other hand since the launch of Savage x Fenty had announced that it would be for all sizes as well as for all budgets, since prices range from just over $ 10 to 150.

So among ponds, waterfalls, hydroponic crops and mobile domes, 50 models of all sizes, including two pregnant and very undeniably of strong size, showed the intimate line Savage x Fenty (Fenty stands for the surname of Rihanna, ed) . Among them are also two celebrities such as the sisters Gigi and Bella Hadid. Rihanna herself has closed the show by parading in complete brown underwear.

“The word ‘savage’ – said Rihanna again – is self-explanatory enough: it is a word that expresses conviction, self-confidence, being fearless. I think the women here tonight represented that word. I believe that every woman has something wild, even if you can not see her “.

The Savage x Fenty fall-winter collection is a combination of street style with night elements and is presented in neutral, emerald, ruby ​​and leopard tones.

The whole line went on sale immediately after the show, mainly online and in some pop-up shops in New York.