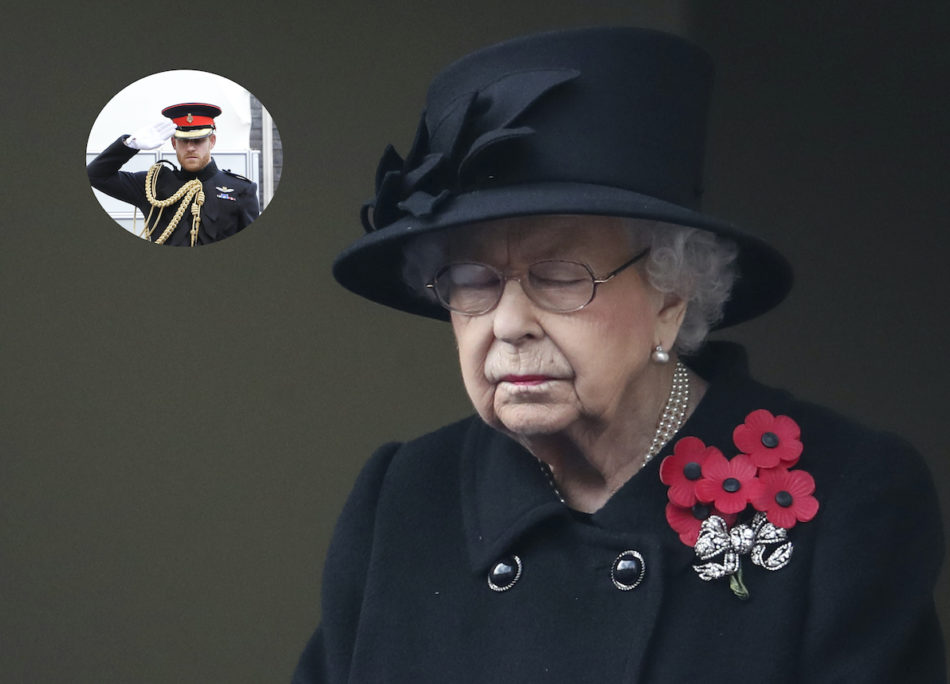 Queen Elizabeth II accompanied by members of the Royal Family, the Prime Miniser and Leader of the Opposition and a small number of veterans attend the National Service of Remembrance at The Cenotaphin London. Remembrance Sunday services are still able to go ahead despite the covid-19 measures in place across the various nations of the UK. Each country has issued guidelines to ensure the safety of those taking part. Pictured: Queen Elizabeth II Ref: SPL5197191 081120 NON-EXCLUSIVE Picture by: POOL supplied by Splash News / SplashNews.com Splash News and Pictures USA: +1 310-525-5808 London: +44 (0)20 8126 1009 Berlin: +49 175 3764 166 photodesk@splashnews.com World Rights, No United Kingdom Rights
Senza categoria

Vanity fair dedicates a report to the English Royal Family and informs us that, it is written in the article, the Duke of Sussex, who last November did not participate in the traditional celebrations of the Memorial Day, would have asked Her Majesty for permission to pose at the Cenotaph a garland of flowers in his and his wife’s name. But Queen Elizabeth would have refused: “Either inside or outside the monarchy” Two seconds, in short: it would have taken so long for Queen Elizabeth to liquidate her nephew, and the proposal to represent, alone, the British monarchy. “The Queen is firm in saying that you cannot choose what to do and what not when you are part of an institution. Either one is inside, or one is outside”  a source close to Elizabeth II explained. This response would have prompted Harry to fall back on the Los Angeles Cemetery.