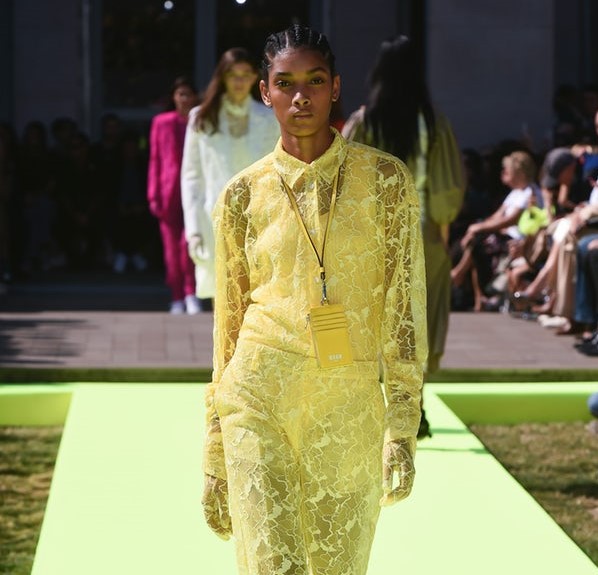 The organza, the tweed coats, the shirts with ruffles, the prints with giant roses. And Battiato and Alice singing the soundtrack

Massimo Giorgetti’s brand, MSGM, celebrates ten years and celebrates them with this spring summer 2020 collection. And it parades in the garden of the Triennale in Milan among the sculptures of Giorgio De Chirico’s Mysterious Baths. “Ten years: a lot of emotion and a lot of pride,” says Giorgetti backstage, more proud than excited, but sometimes it can be the same.

“It’s the celebration of the brand. At the heart of this is our passion for fashion, energy and emotion that distinguish us. It’s the first collection where there’s no inspiration because the inspiration is MSGM, every look is reminiscent of something I’ve done in these ten years. But it is not a retrospective because we have looked back to move forward, to the future to new horizons.” What about… That achieving a goal makes Giorgetti happy and it is.

In ten years he has grown very much in awareness so much today he can say that the thing that makes him happiest is having opened an art gallery. Who wouldn’t be if, like him, from his own work he can finance his passion. Giorgetti art collector, too, and user. This time the collaboration with the New York artist Todd Bienvenu translates into prints of girls at the seaside “reminding me of the beach of my Rimini”. The rest of the collection, as in Giorgetti’s premise-promise, does not send the garments back on the catwalk in retrospect but quotes them from himself, not the designer but the brand.

Lace, first, part of the language of MSGM, forms shirts, jackets, pants; the fringes rest on tweed dresses that have crochet belts; the ruffles of the dresses in color block taffetas; the organza, the tweed coats, the shirts with the ruffles, the prints with the giant roses. It’s all about pop, and pop art and pop music. With Franco Battiato and Alice singing a pop-emotional soundtrack of great and undeniable intelligence. And with all this Massimo Giorgetti signs a fashionable love letter and the signature MSGM. Great satisfaction for those who started almost as in a game and find themselves telling the first ten years of a bet. 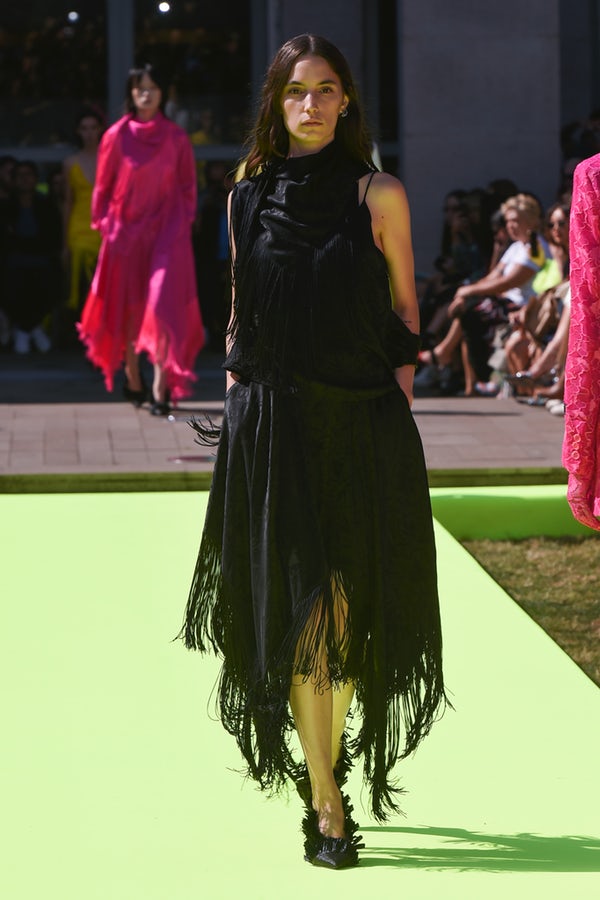 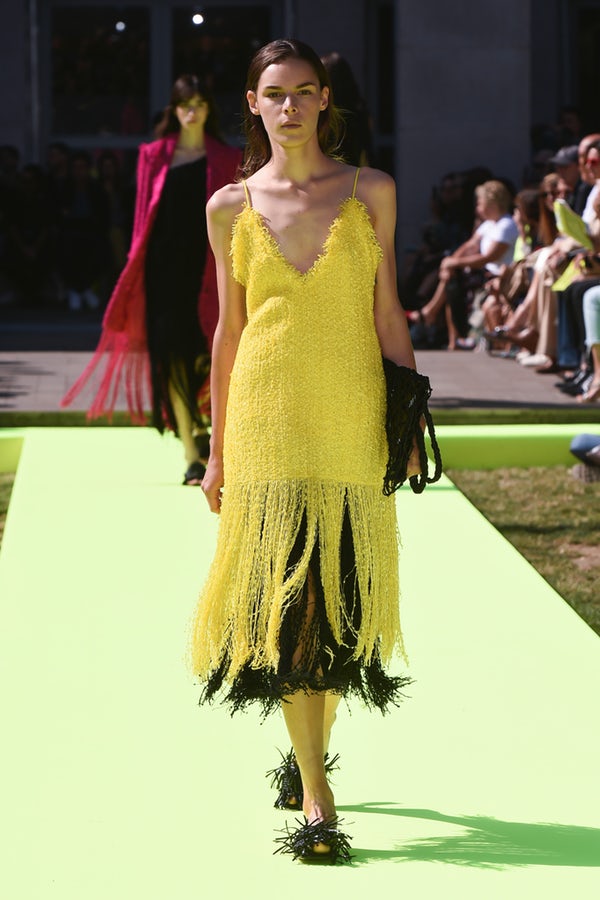 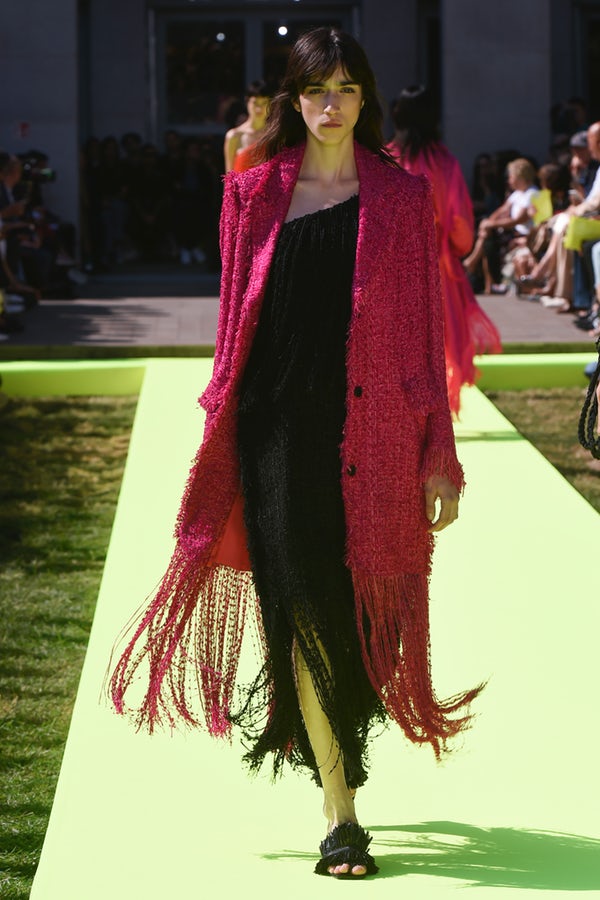 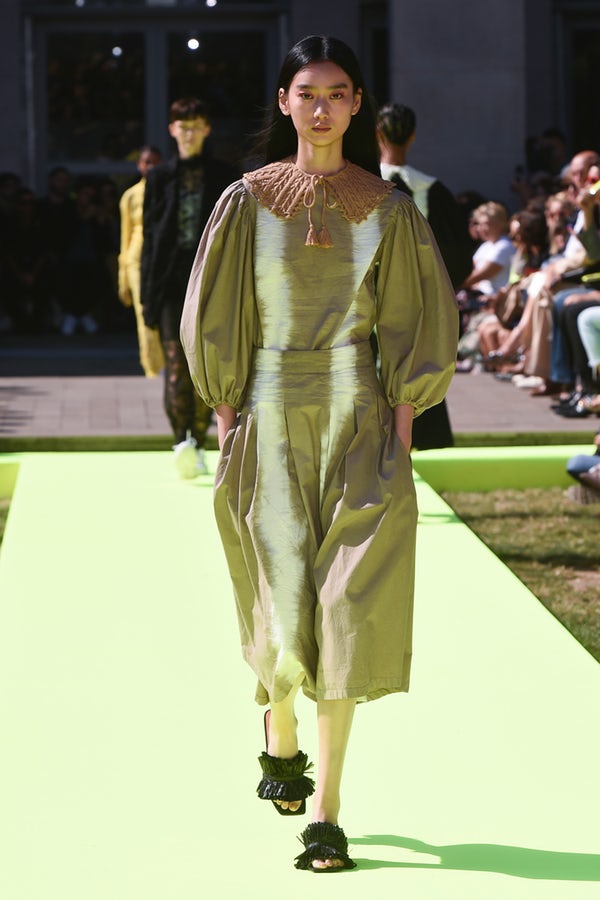 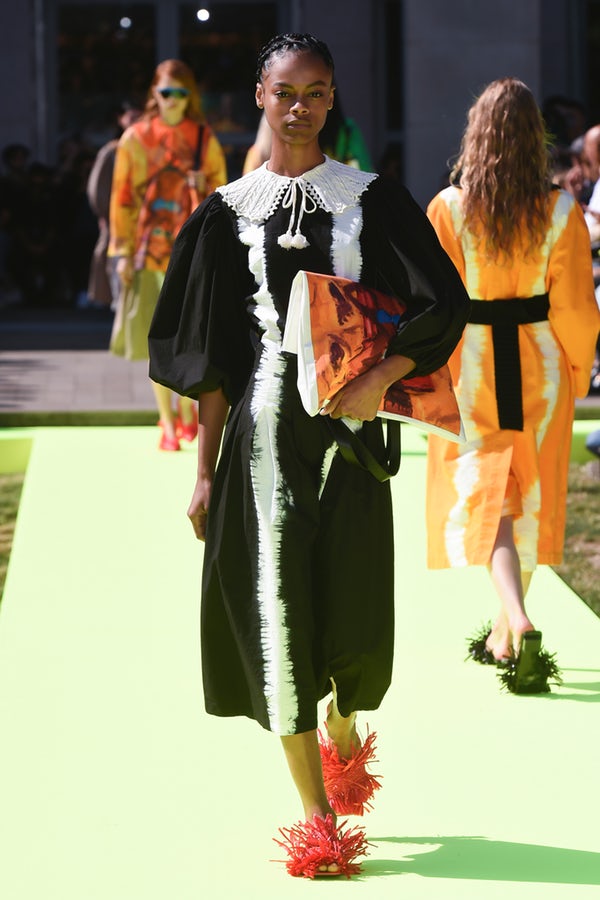 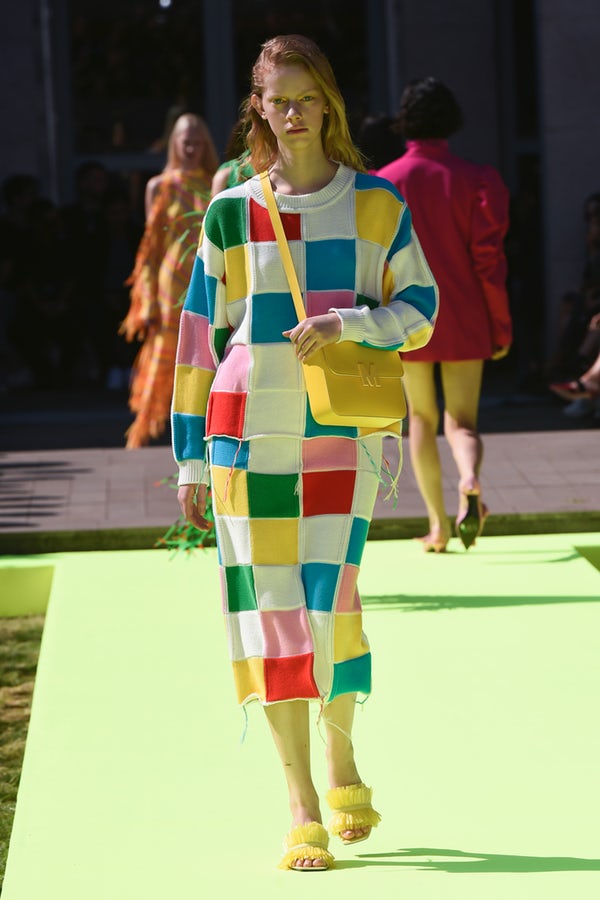 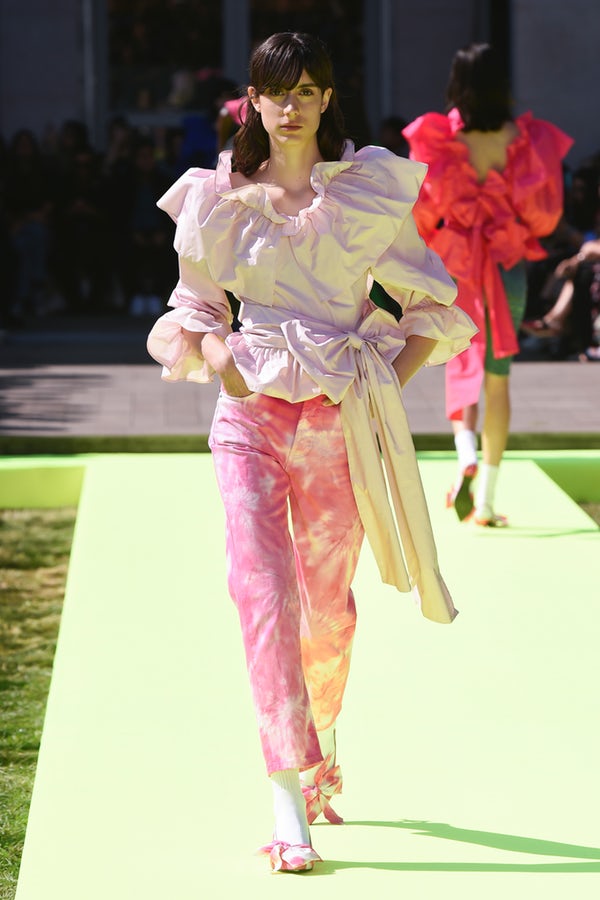 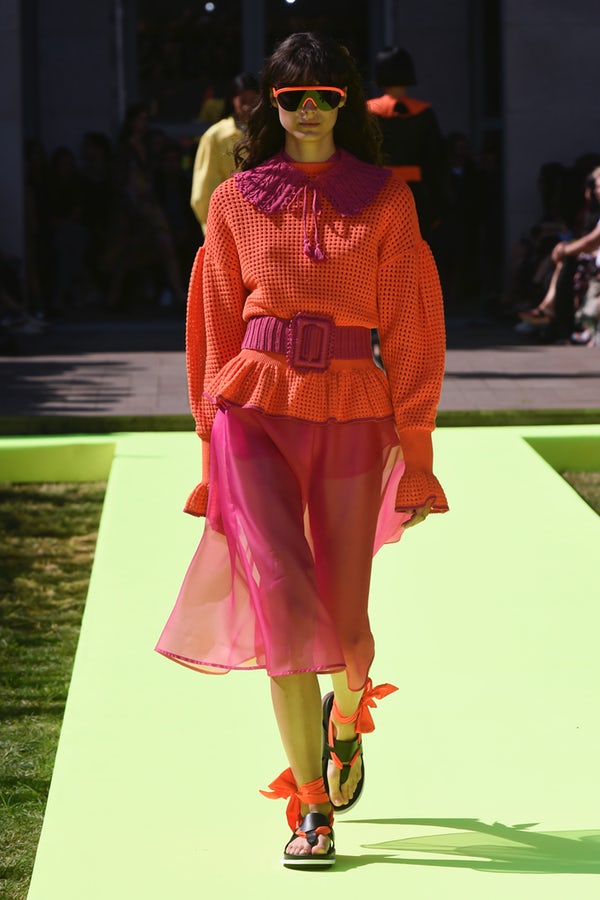 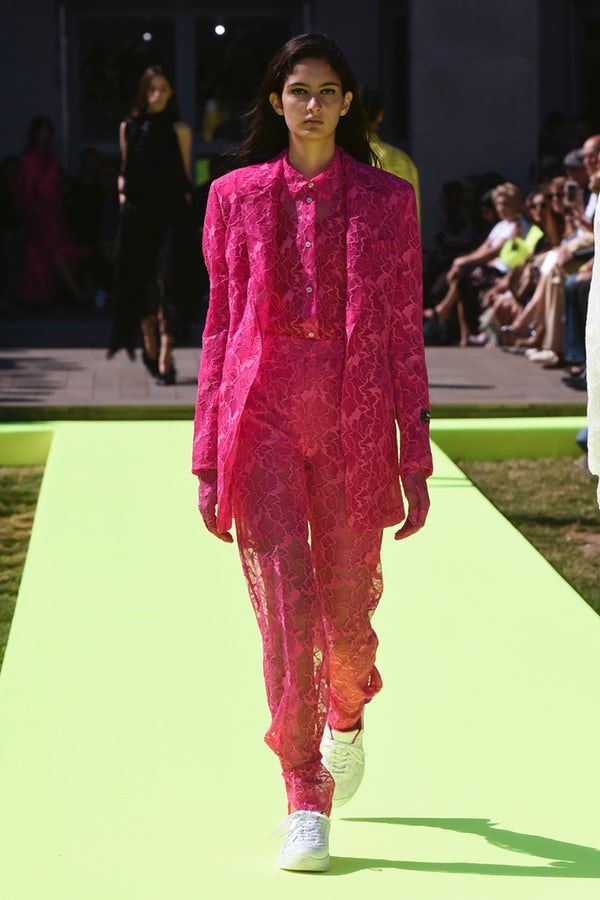 In the Garden of Giambattista Valli