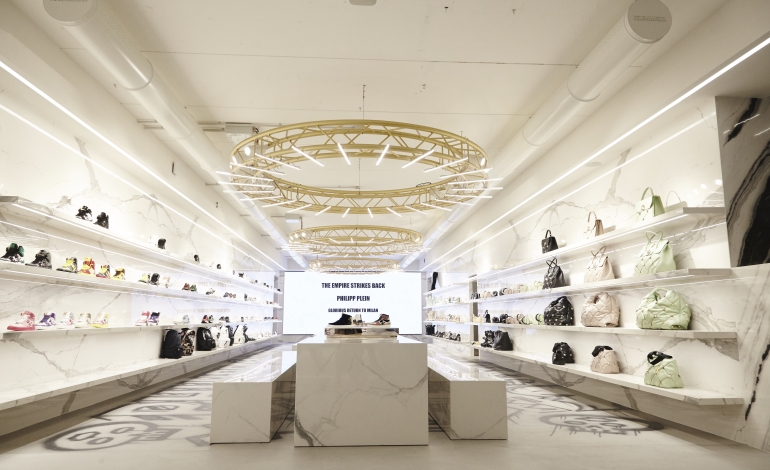 Philipp Plein inaugurates a new space of over 1400 square meters in Milan in via Burlamacchi 5. The first Philipp Plein hotel (18 rooms) and the first Philipp Plein club-bar with restaurants and bistros will also open in the Milanese capital in via Manin 19 -21 (the old Krizia space). Italy is the third market for Philipp Plein’s business, and accounts for about 10% of turnover. Numerous international openings are planned, with particular attention to China. In 2021, the group’s top ten markets were the United States, Russia, Italy, Germany, Spain (a new flagship will open in Barcelona between Christmas and New Year), China, the United Kingdom, the Netherlands and Switzerland. In 2022, Plein Sport will be relaunched, an ad hoc line with lower prices for a specific retail development strategy that will favor the opening of stores, especially in the outlet sector.

Vaccarello and YSL in Paris