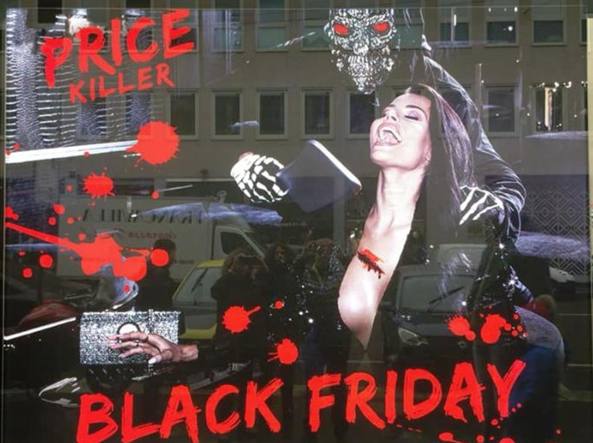 The advertising posters of the German designer Philipp Plein transplanted in Ticino are provoking strong controversy even in Milan, where the City has even removed the posters

In March, German designer Philipp Plein had been targeted by the cantonal labor inspectorate for alleged violations of the provisions on night work and rest hours.

A few days ago, another sushi-based night dinner had provoked other criticism from the unions, according to which the company, based in Lugano, would continue to impose “stressful schedules and rhythms of work”.

This time, however, the advertising posters created for the ‘Black Friday’ raise awe and misunderstanding.

The campaign consists of several images where a kind of masked serial killer, renamed ‘price killer’, kills a woman.

In Milan, the municipal authorities intervened, removing the billboards. “Here is an example not to follow”, wrote the mayor of Milan, Beppe Sala.

In Ticino, Fiorenzo Dadò, president of the Democratic People’s Party, was the first to attack the German designer with a post on Facebook.

The Coordination of women of the left and women of the Swiss union union Ticino and Moesa have for their part launched a collection of signatures on the internet and wrote a letter to the Municipality of Lugano and the canton. “The messages conveyed by advertising – reads – shape behaviors and desires, nurture fantasies legitimizing them, to claim that, even in the freedom of trade, companies maintain ethical and socially sustainable behavior seems to us the least, if the responsibility for acts of violence It is the responsibility of those who commit them to allow violent messages and images to circulate through the network to sell products or ideas, and complicity with those acts “.

The request of the women of the Left is that Cantone and Comune di Lugano ask the Philipp Plein company to remove these images in their stores and on the various sites.

For his part, Philipp Plein reacted to Fiorenzo Dadò’s statements, writing that “it is sad and embarrassing to see politicians trying to gain popularity with this miserable and ridiculous propaganda, instead of focusing on the country’s problems and its work – it goes on – starts to attack a very successful group that is not doing anything but paying taxes and creating jobs “.