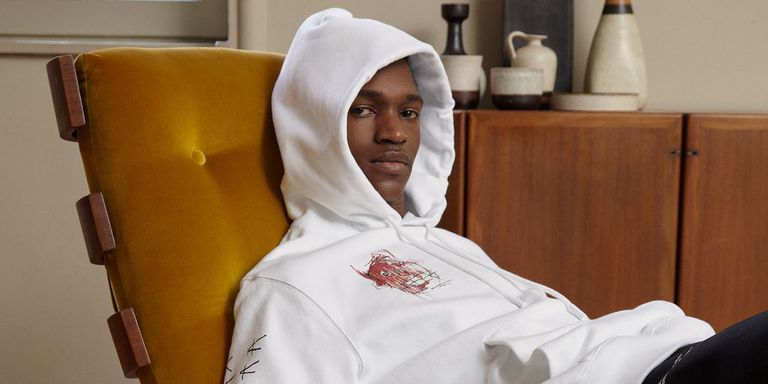 Off-White unexpectedly launches a capsule collection in tribute to Basquiat

It was only a matter of time: why did Virgil Abloh, the designer who was able to transform streetwear into the luxury market, had not yet used the art of Jean-Michel Basquiat for his creations? Both the artist who brought the graffiti on the canvas, both the designer who conquered fashion with a multidisciplinary talent could not cross their streets sooner or later. Here is a surprise capsule collection called Basquiat.

How many tributes we have seen to Jean-Michel, or rather, how many times big and small brands have appropriated his works to place them simply on T-shirts to sell quickly and in large numbers? Basquiat, as for the inflated use of an artist in fashion, is second, indeed third only to Warhol and Keith Haring. But this operation is not like the others, it is not a simple appropriation nor a homage from a museum shop.

Abloh was able to absorb Basquiat’s themes and way of working in his own, mixing his styles with those of the artist. The veils and recurrences of the artist’s paintings are poured into the Off-White creations. Such as? The vertical writings that usually stand out in Virgil Abloh’s garments here incorporate those of the American artist, as if Basquiat himself had created a capsule collection on behalf of the American brand. Or again, the “habit” of putting words or concepts in quotes, typical of Off-White, here incorporates themes, words and creations of the artist of Haitian origins. On the other hand Basquiat had started to scratch words and concepts around New York under the surname of Samos (acronym of Same old shit).

A mimetic operation that is a creative tribute, an appropriation not of Basquiat’s images, but of his language, his way of working and the style that made him inimitable.