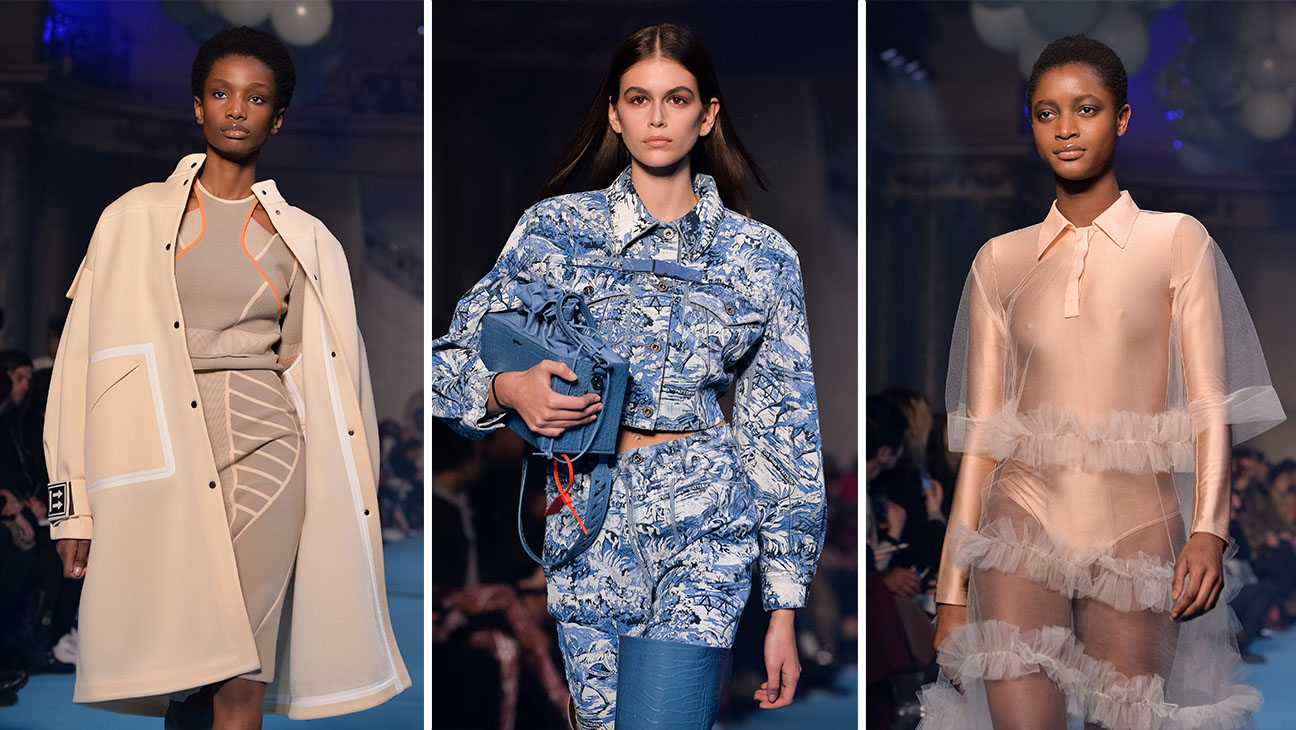 Streetwear has officially stormed the fashion runways, with everyone from Italian luxury giants Fendi and Versace (the ubiquitous logo T-shirts) to arty Belgian designer Dries Van Noten (those sweatpants!) showing riffs on the trend for the fall season.
But if you needed proof that the phenom might be overheating, it was the scene outside the Off-White show on Thursday night on Rue Cambon, where the street turned into a mosh pit of terrifying pushing, screaming and even some punching as guests (including a few children) tried to get in to see designer Virgil Abloh’s latest collection, and the French police struggled to control the mob scene. Clearly Abloh, who rose up the ranks as art director of Kanye West’s tours and merchandise, has become a celebrity himself.
For his fall women’s collection, he continued to up the luxe sophistication, booking top models Kaia Gerber and Bella Hadid for the runway, and mining a horsey theme for the clothes. Ladylike corset tops and dresses in beautiful pastoral blue jacquards were layered over white button-down shirts for a modern edge; quilted capes billowed over crocodile pants and riding boots. Also in the mix, such streetwear staples as athletic bodysuits, Off-White logo bra tops and Nike sneakers.
There were a few boudoir-inspired looks, too, including a sheer peachy ruffle babydol dress worn over a satin bodysuit, and another tiered tulle gown that looked fit for a red carpet. 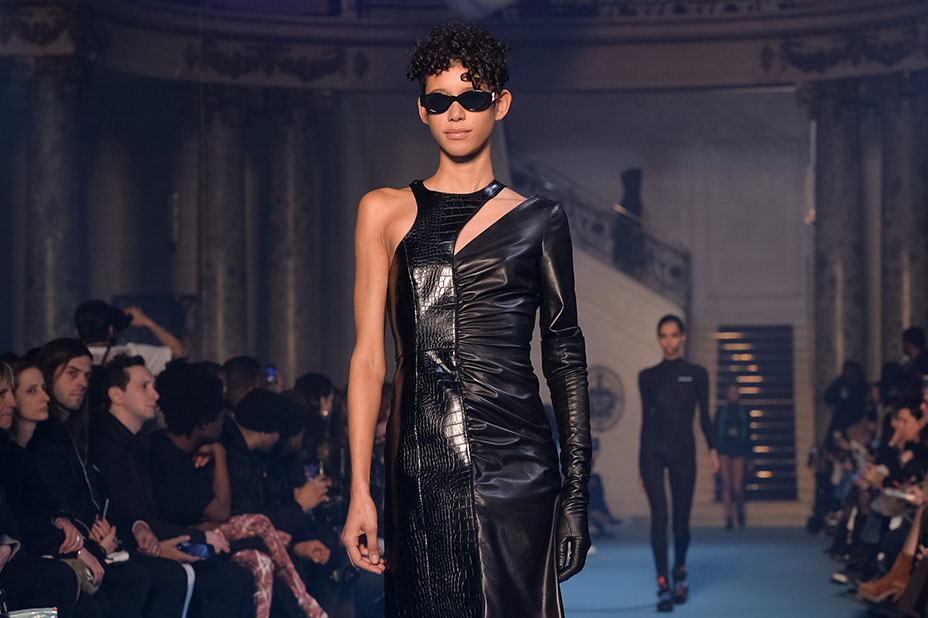 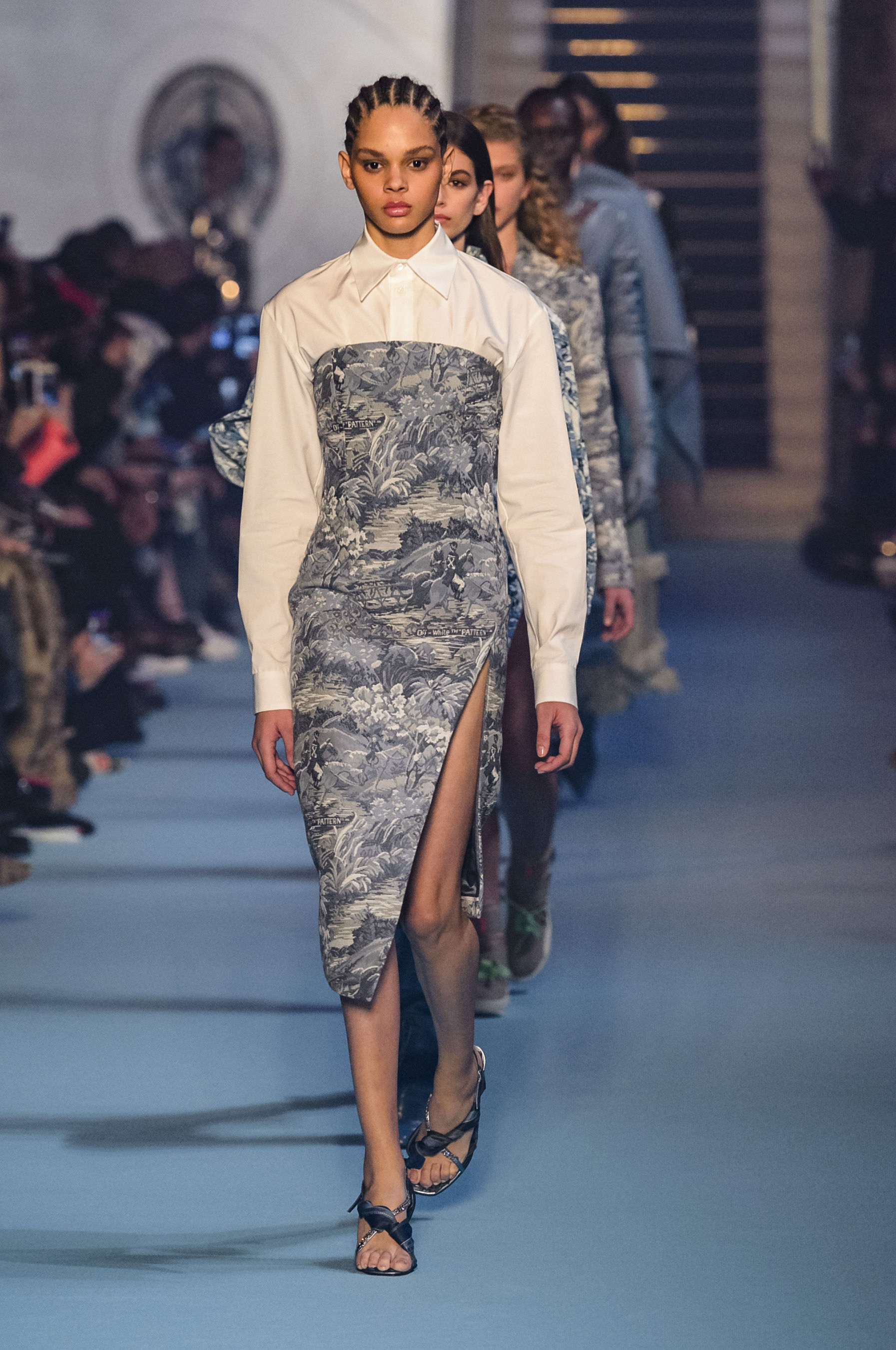 A meditative moment at Loewe

Isabel Marant on the road

Fashion No – Gender to department stores, in Finland an entire plan