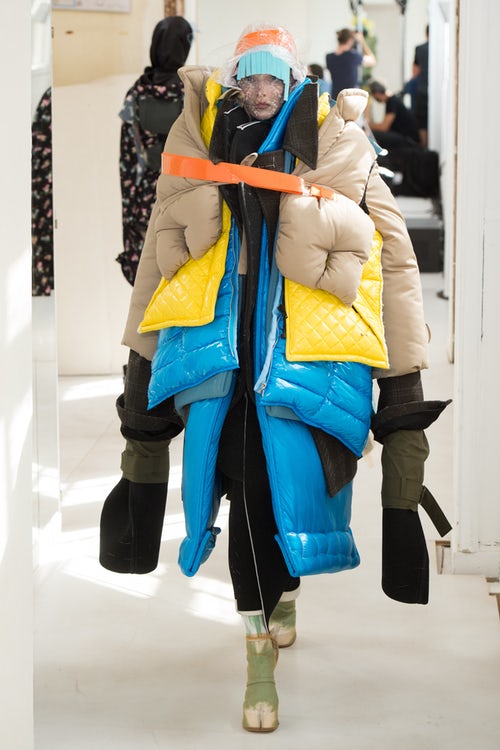 John Galliano’s ‘neo-digital natives’ — always on the move, impatient with convention and bundled up against the world — made for a gorgeous confusion of form, function and fearless flight of fancy

Jeremy Healey’s soundtrack was “Unchained Melody,” the theme song from “Ghost,” a movie so saturated in memories that it was hard to imagine a better complement to John Galliano’s new Artisanal collection for Maison Margiela, where one item of clothing remembered another in a gorgeous, surreal confusion of form, function and fearless flight of fancy.

In the second of the podcasts which I pray will become a feature of his stewardship of the Maison, Galliano described the way a flaring skirt from the ’50s, in a shade of coral that reminded him of Faye Dunaway’s lipstick, had “the memory of a jacket cut into it.”

It was then worn on the shoulders, the waistband now a neckline. As the first look in the show, it was a glamorously couture-ish introduction to Galliano’s abstract idea.

Glamour has always been Galliano’s bellwether. In each of his Artisanal collections for Margiela, he’s focused on a different interpretation. For this one, his third, he talked about nomadic glamour.

Pondering the meaning of cool, he’d settled on the notion of people, possibly living beyond society’s pale, who layered themselves with their most precious possessions.

That reminded some people in the audience on Wednesday of the scandalising couture collection for Dior when Galliano used the street people of Paris as inspiration.

You could see why, with foam and duvets and moving van wadding Velcro-ed into a single protective cocoon. The last look was maybe even more to that point: the mattress ticking bedroll, the backpack, the plastic raincoat turned desert rat cape.

Maybe the ingenious recycling subtext – the teasing transmogrification of paper and cardboard and plastic — harked back to Galliano’s acts of fashion alchemy, but it also suggested something tribal, and that was — according to the podcast — his real subtext.

“Neo-digital natives,” always on the move, impatient with convention and restriction, hyper-conscious of waste, bundled up against the world. All the kids in his atelier, in other words, and all of them constantly in touch electronically.

Hence, the iPad on that last backpack, and the iPhones wired to ankles and recording the audience, electronic tagging in reverse.

Reversals seem to exert a particular appeal for Galliano. You could play Freud for a moment and speculate that a very positive reversal in fortune has brought him to this point where his furiously wayward imagination is once again bursting forth in full flower.

A sense of explosive creativity was all over the collection — no time for buttons or buttonholes, the clothes “just scratched together like you’d scratch together a box or parcel” or spontaneously swathed in nylon.

But in the midst of spontaneous techno-life, there was the extraordinary, almost alien, beauty that is a Galliano calling card. Imagine a closetful of Adrian’s Hollywood castoffs fired far out into space, found in the future by a tribe of intergalactic nomads who have nothing but imagination, ingenuity, lysergic acid diethylamine and a trunk of platform shoes to create an ecstatic new reality — to make new memories — from their trove.

By the way, hair and makeup? Sublime! 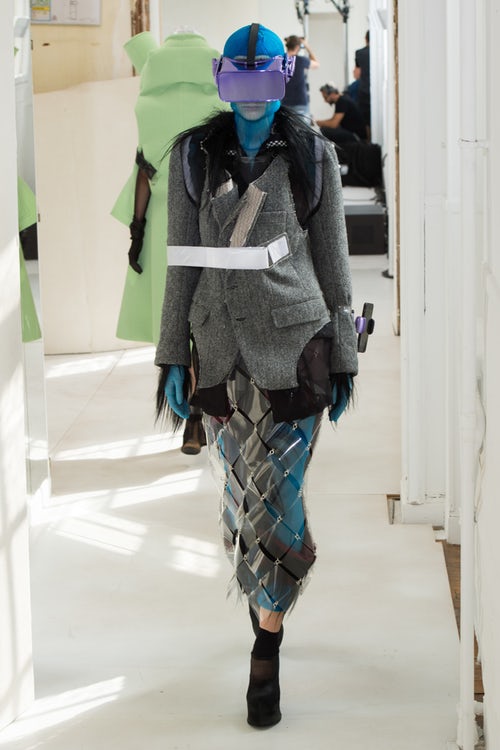 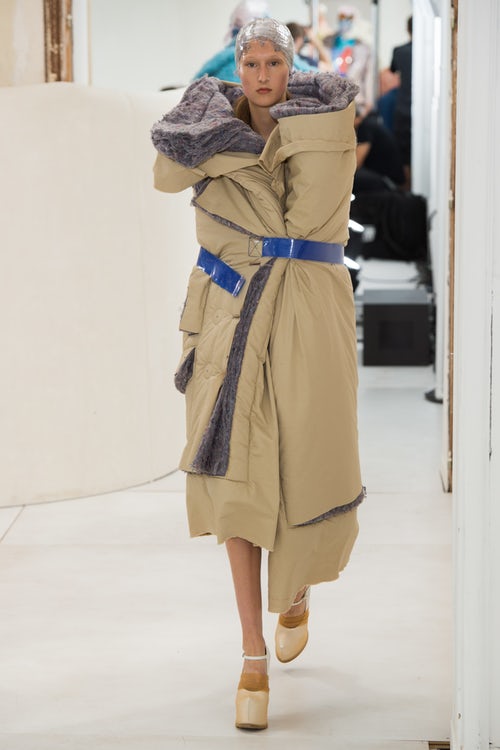 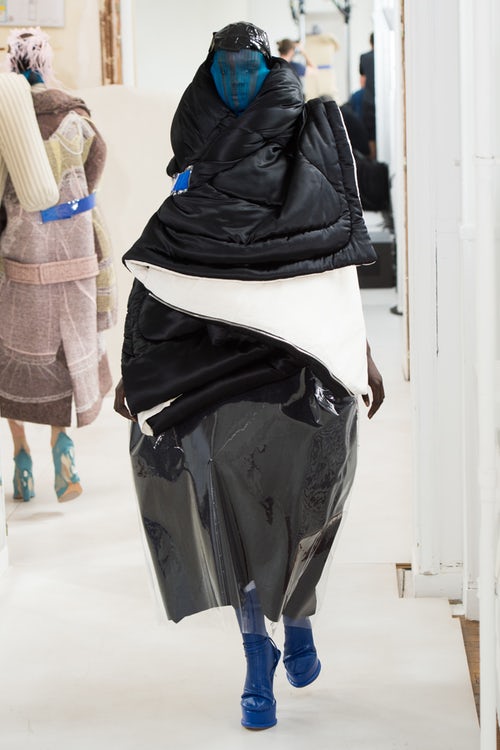 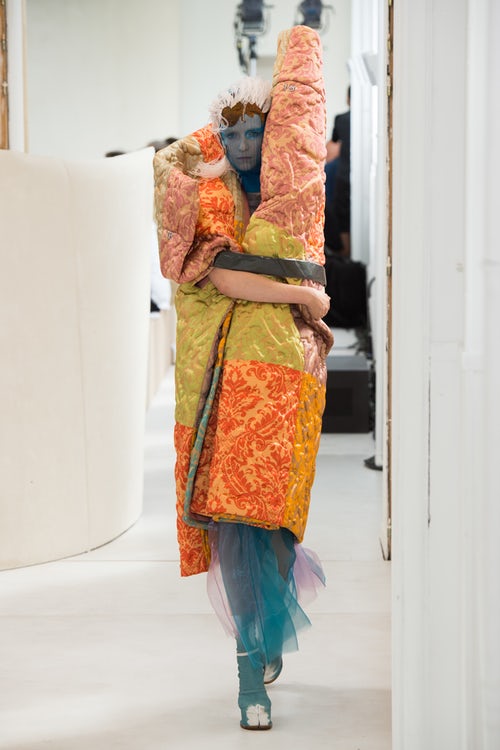 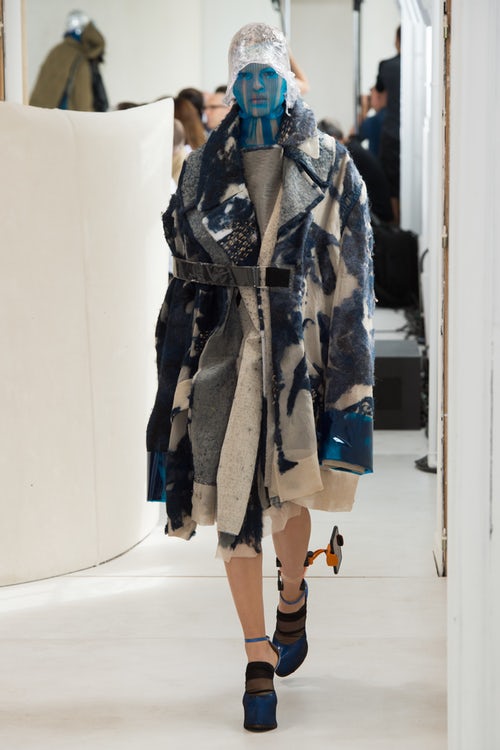 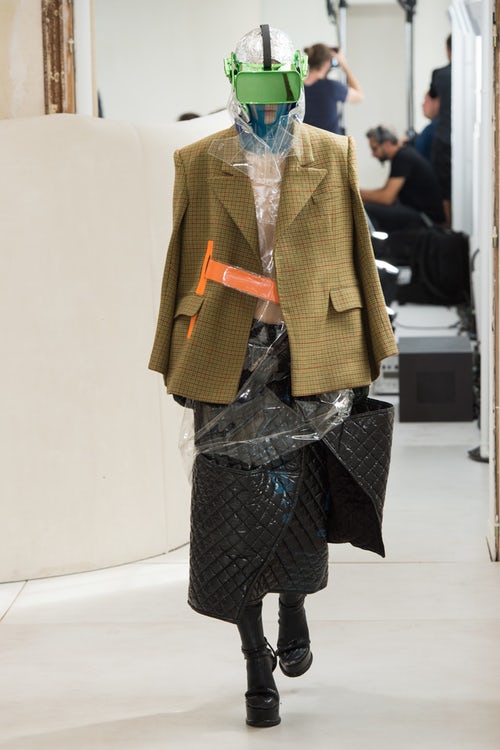 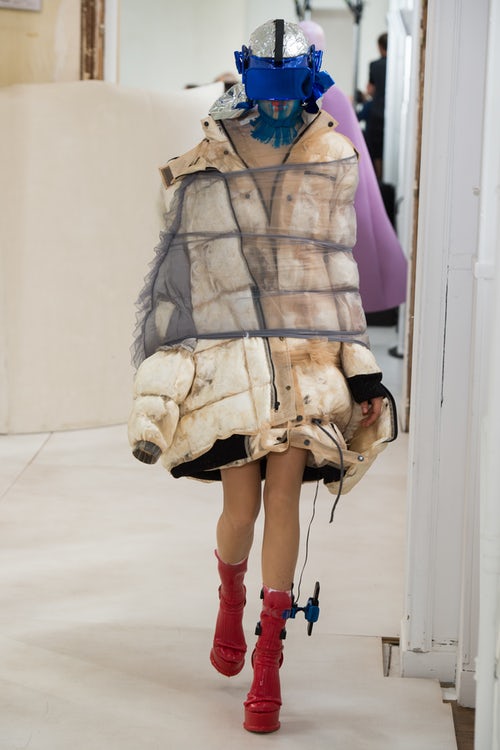 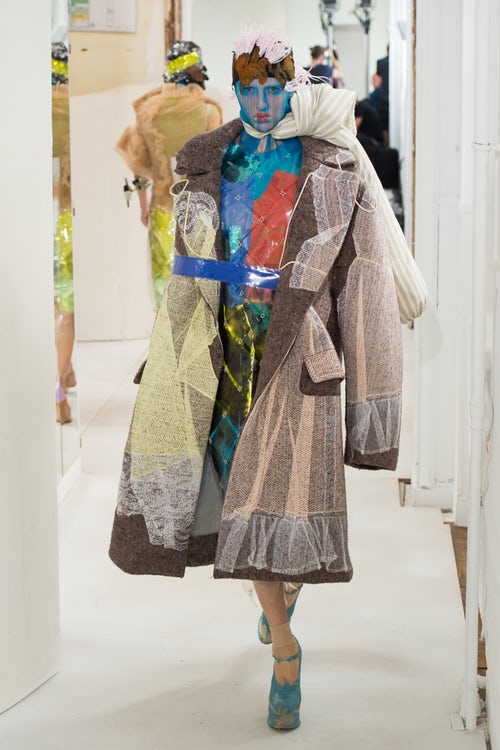 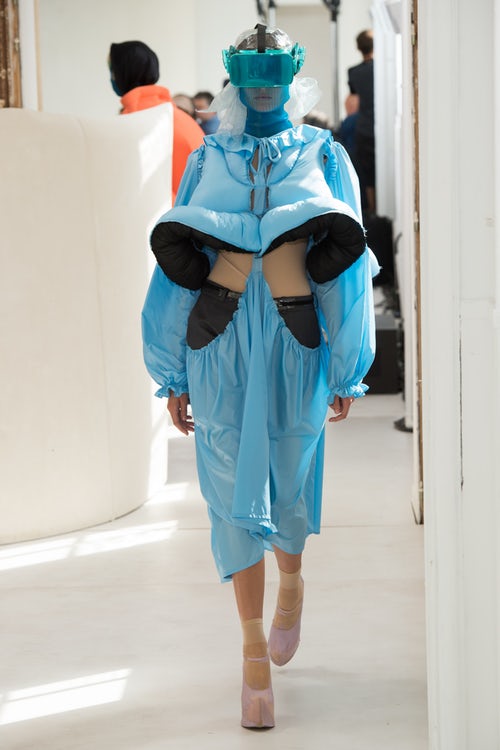 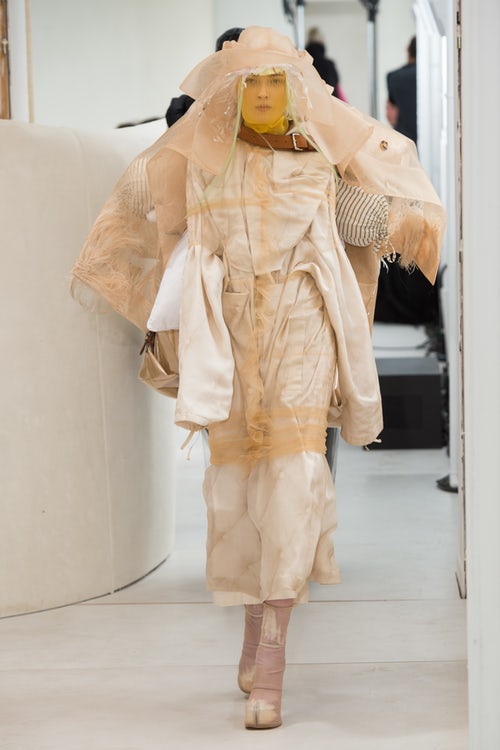 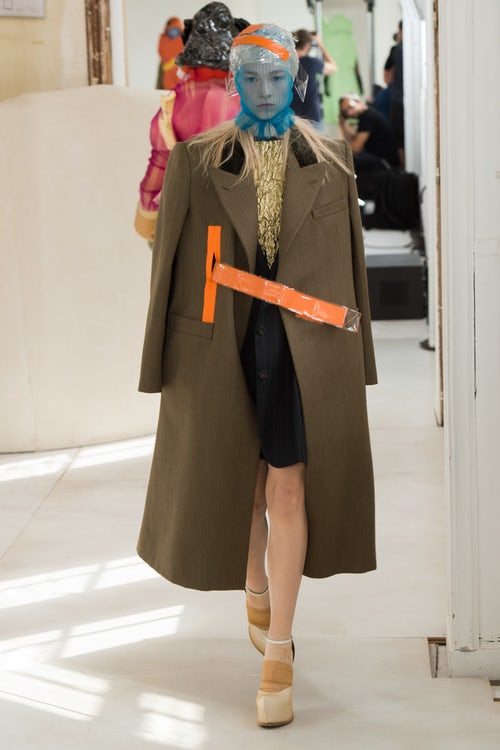 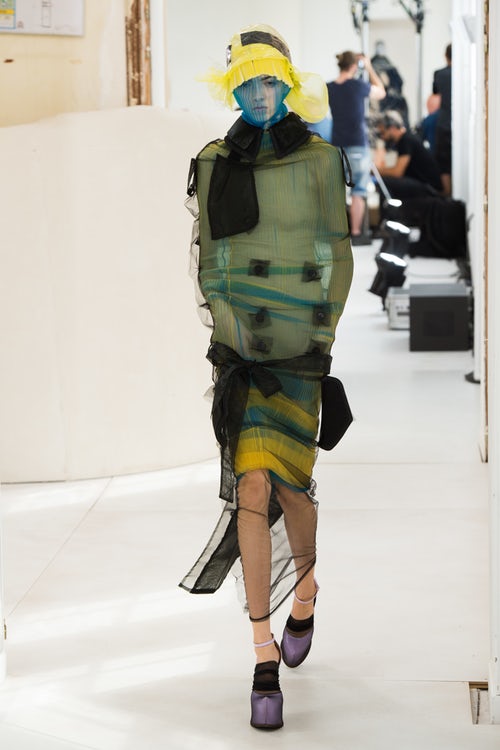 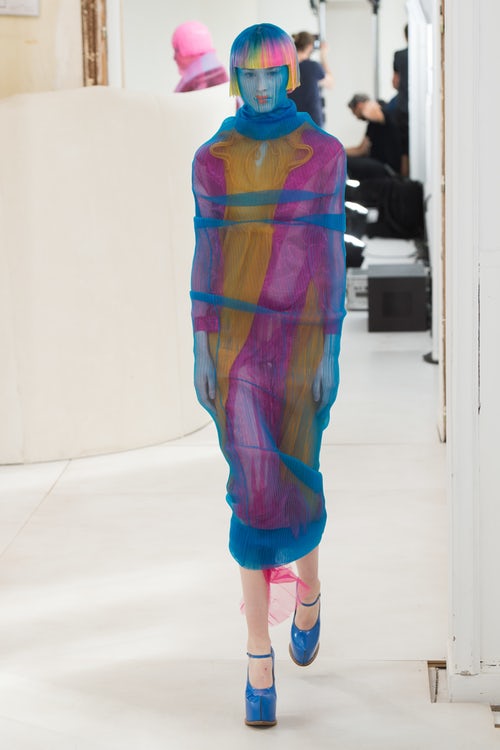 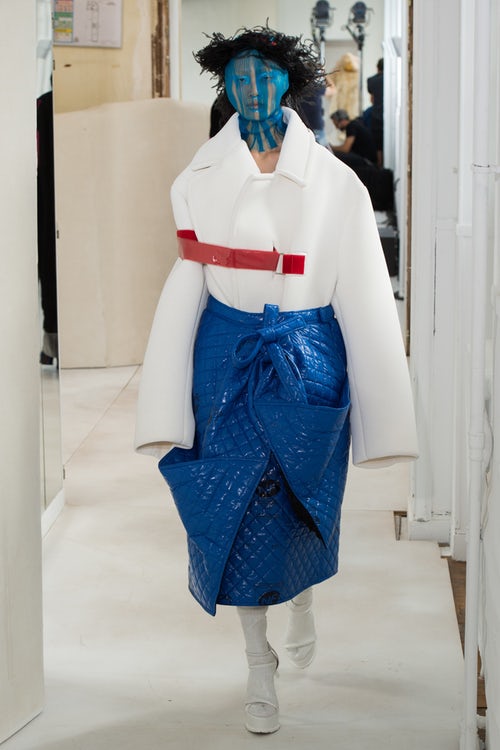 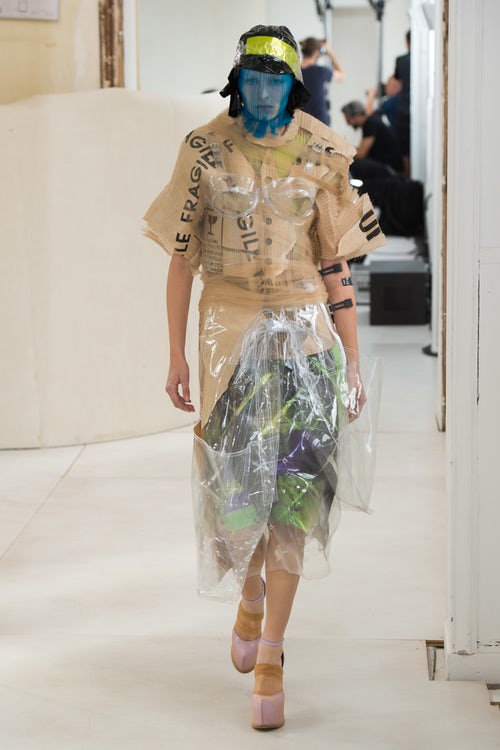 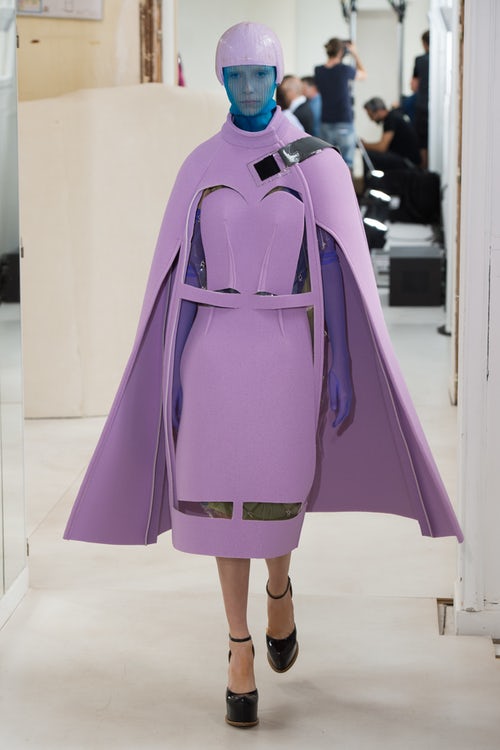 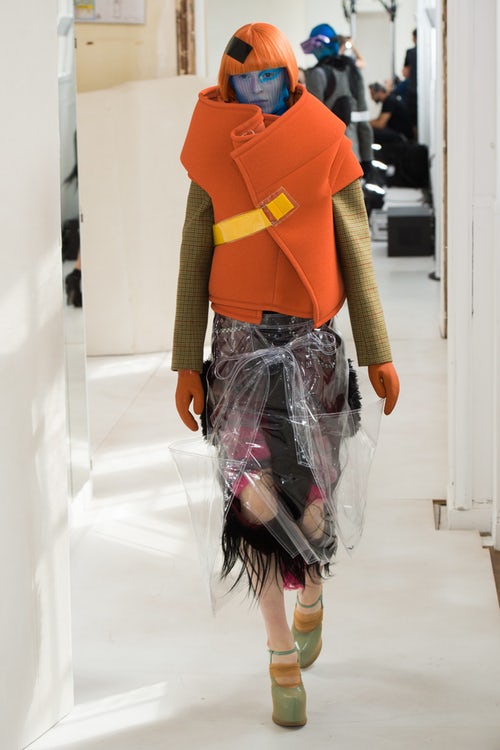 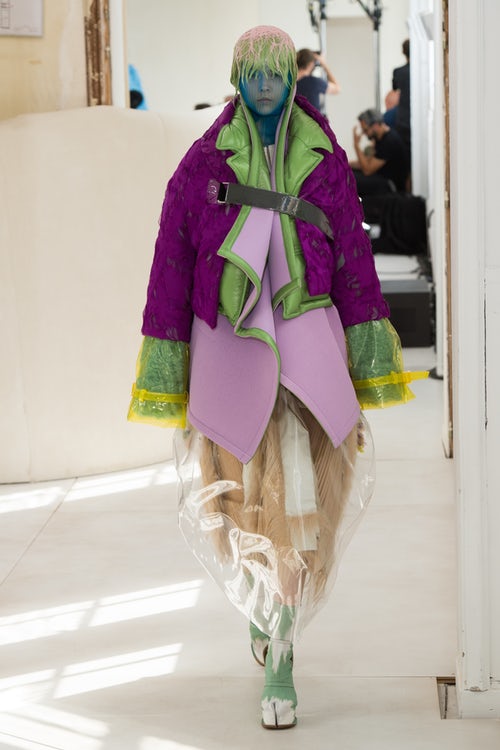 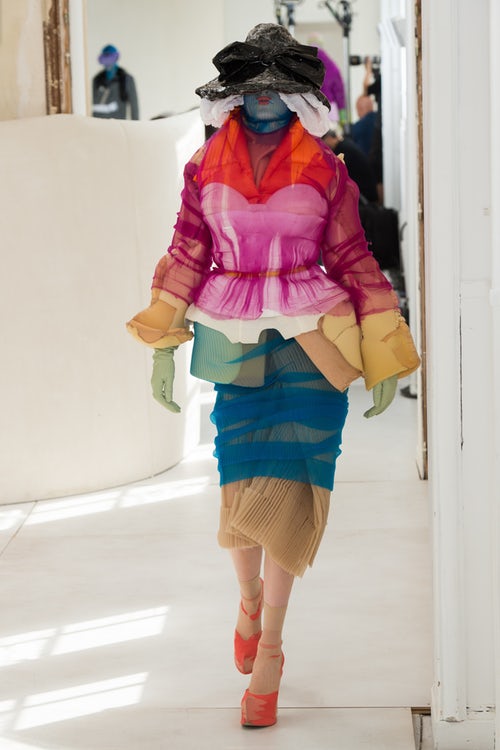 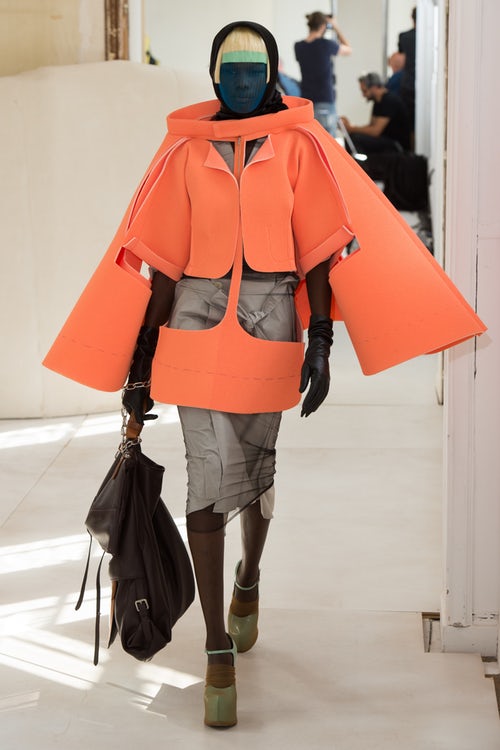 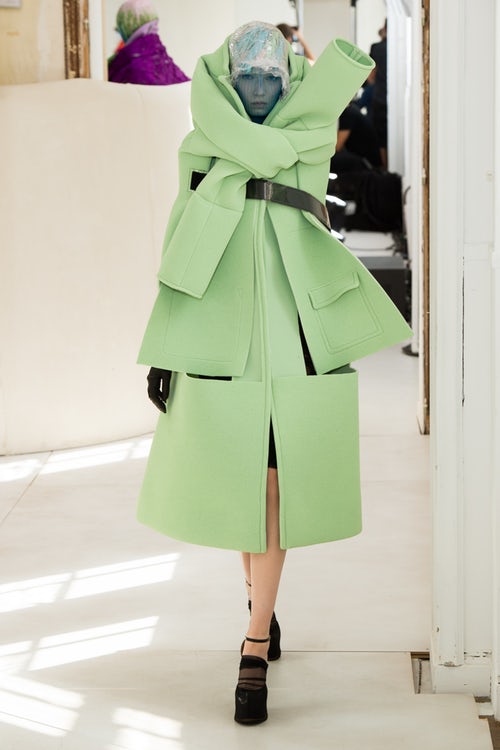 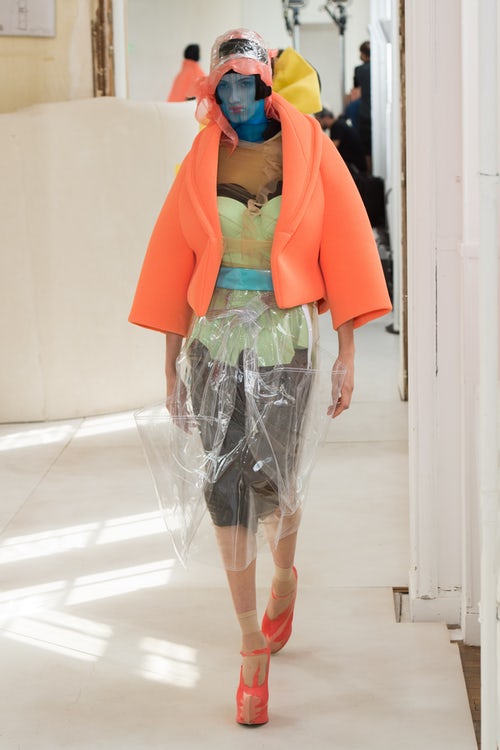 Fila, back in the spotlight in a fashion key

Playing with the Double Side at Miu Miu