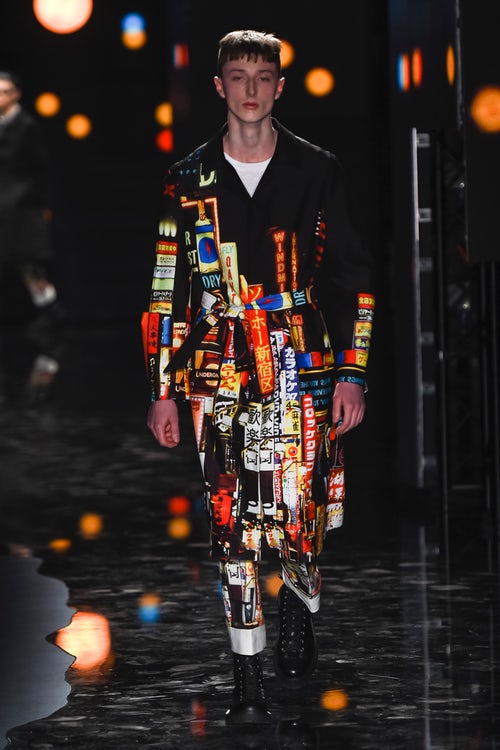 The designer is so scrupulously controlled that the merest flip of a wig can seem like a radical gesture. His 20th anniversary punk tribute let him cut loose a little

One of my enduring memories of the full flush of punk is a night in the Cambridge Arms when Johnny Rotten, Sid Vicious and Siouxsie Sioux walked in, all of them tall and ghostly gorgeous. She was wearing a see-through mac, nothing underneath. Or so I recalled on Saturday night when Neil Barrett incorporated several PVC macs into his 20th anniversary collection. 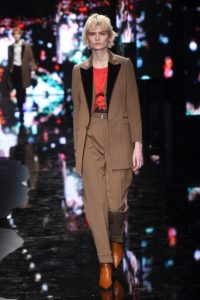 He called it Born in Britain, a nice touch from a designer who has been living and working outside the UK for almost 30 years. To my boundless joy, what he decided was truest to his British roots was PUNK.

Barrett has paid oblique tribute to punk through his career. One of his hybrid collections subversively meshed punk’s rigour with the austerity of the Amish. A few seasons ago, an abstracted Siouxsie featured on a trench coat.

Neil Barrett has always loved a man in uniform (it’s in his blood, which was once again made obvious on Saturday in the impeccable tailoring) but, as far as he was concerned, he’d never really addressed the way punk sucked up and spat out the uniforms of masculinity — military, school, biker — in a new, mutant form. In that sense, it was his ideal inspiration for the men’s collection he showed.

And it effortlessly translated into the stringent, tailored tomboy quality of the womenswear he showed alongside. 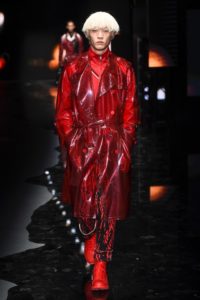 Neil Barrett made a conscious decision that his anniversary show wouldn’t be a celebration of the past. Instead, he anticipated the future.

The news for him was animal prints, and the punk attitude of classic tweeds and tartans ripped and distorted. He wanted a sense of Britain’s immigrant heritage, the way the ancestry of other cultures meshed with British tradition to create punk’s defiant, exuberant homogeneity.

Maybe it was a subtle reflection of the political sensibility that has seeped into the work of Neil Barrett’s British peers as the Brexit madness rolls irresolutely onwards.

But there was humour too, in the way he incorporated pop references — the cropped, cuffed cords over high-tops evoked the Bay City Rollers, who were one of punk’s guiltiest pleasures.

Neil Barrett’s design ethos is usually so scrupulously controlled that the merest flip of a wig can seem like a radical gesture. Punk gave him a chance to cut loose a little. There were even some lurid prints of cityscapes, duplicated in the pillars of streaming video that illuminated the catwalk.

Wriggle room for the next twenty years? That’s not such a bad platform for the future. 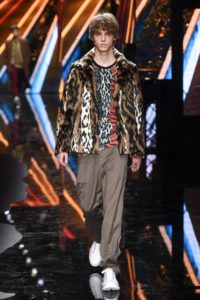 Who will get the nod to design Meghan’s dress for UK royal wedding? Stella McCartney might be in pole position