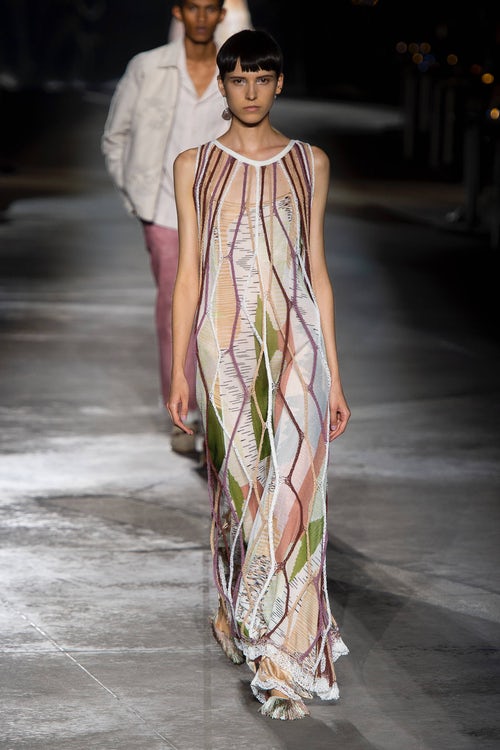 Angela Missoni looked to the future to celebrate the family business’ 65th anniversary. The collection had a distinctly intergalactic, feet-off-the-ground sparkle

Celebrating the 65th anniversary of the family business, Angela Missoni knew she didn’t want anything retrospective. So she didn’t go back to the formidable archives. This celebration was all about looking to the future. She chose Milan’s spacey new CityLife development, towering with twisty starchitecture, as a backdrop. The moon rose between strikingly curved high-rises as a reminder that Mother Nature still has the best SFX, but Angela managed an earthly equivalent with a collection that had a distinctly intergalactic sparkle.

“I wanted a romantic feeling…no…,” she quickly corrected herself, “…a feeling of fantasy” Her clothes had the light, pale, gauzy fly-away feel of fairies or sprites, drifting between the stars in a dream. “But 65 is an emotional thing,” Angela continued. “We’re always in memories.” If her fairies were swathed in gossamer stuff, it was at least recognisably Missoni. Meaning, a million magical knits.

The collection’s key was the long cardigan coat, often wrapped in a fichu, a homely artisanal touch that anchored the outfits to terra firma. There were tiers of delicate ruffles, yards of trailing fringe, all of it lavished with lurex thread and/or stardust. Towards the end, the palette darkened, the gauziness took more shape, but even here, there were pieces of exquisite delicacy, like the midnight sky fallen to earth and turned into a frock.

Among the space princesses, mere men walked in a more familiar version of Missoni, with the loose, nomadic flavour of clothes made for leisure and pleasure. If anything, that would be a finger to point at the collection. You only had to look at the women’s delicate slip-ons to appreciate that here was something designed to take you away to a place where your feet would never have to touch the ground. Understandable in present circumstances, but maybe not entirely useful.

Actually, Michael Nyman’s live accompaniment almost brought us back to earth with a bump. Angela had been toying with the idea of a live soundtrack for a while and when she met Nyman at the Liberatum get together in Mexico City in March, wheels started moving. But the gears didn’t mesh so well on Saturday night. It was exceptionally humid and Nyman’s piano wasn’t particularly co-operative. Then a brisk wind got up and whisked away his sheet music. Like I said, Mother Nature’s SFX will always come out on top. 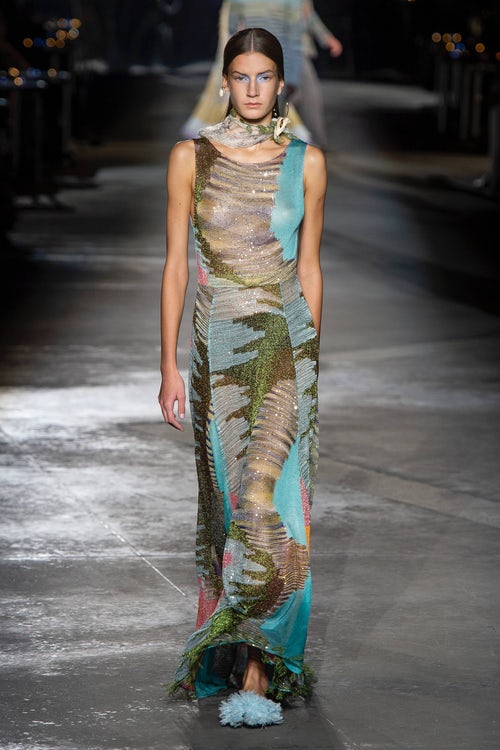 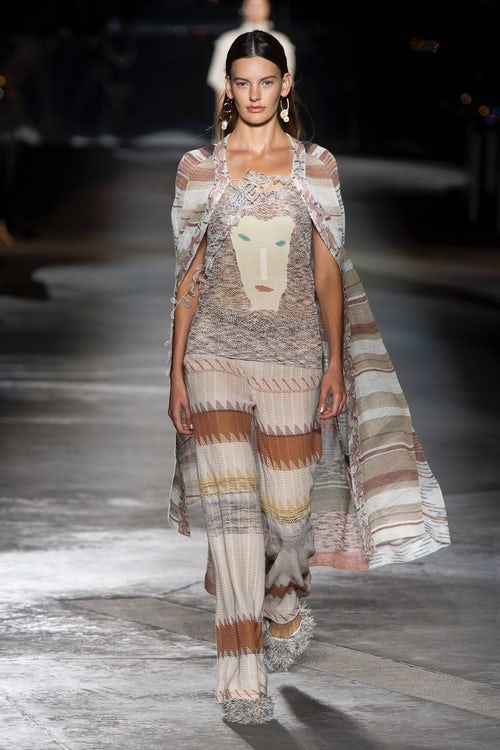 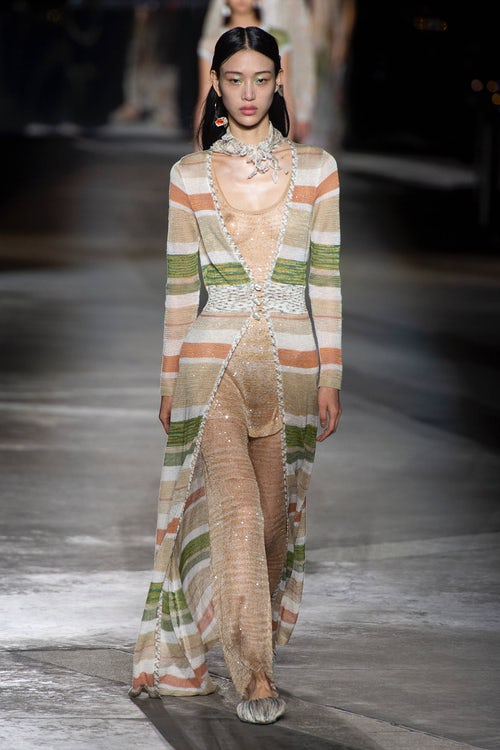 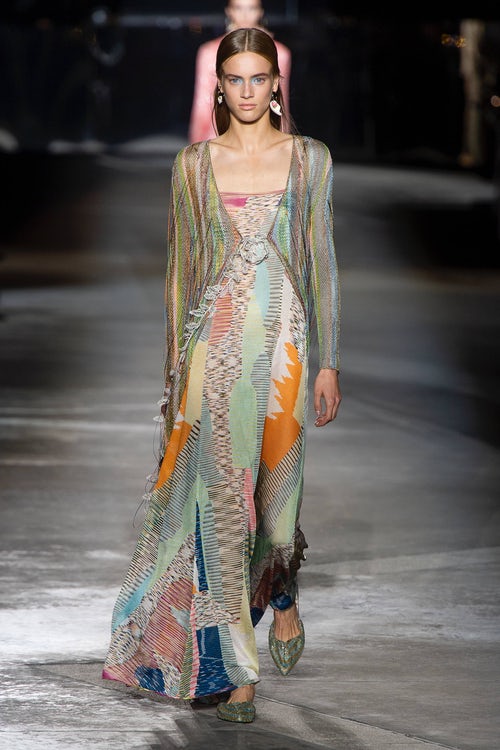 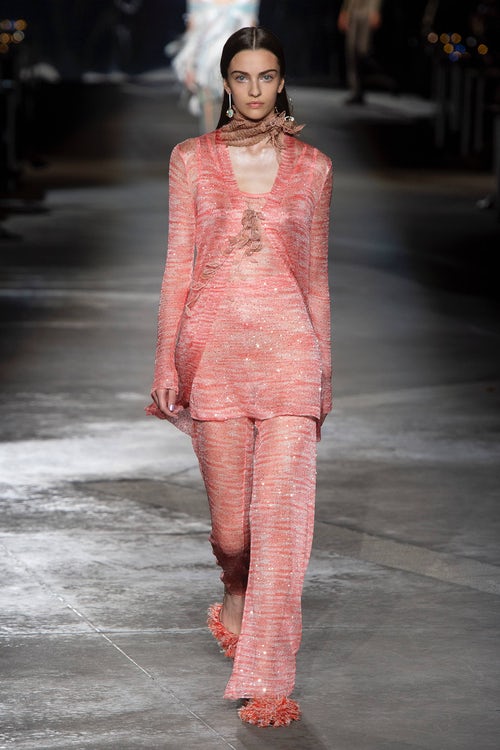 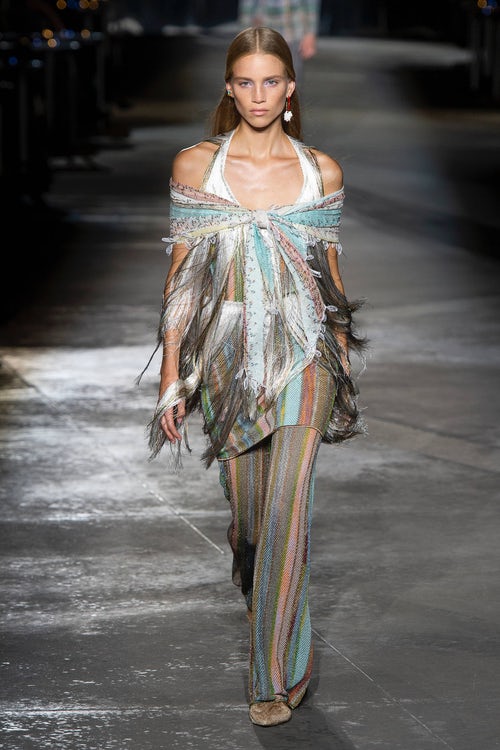 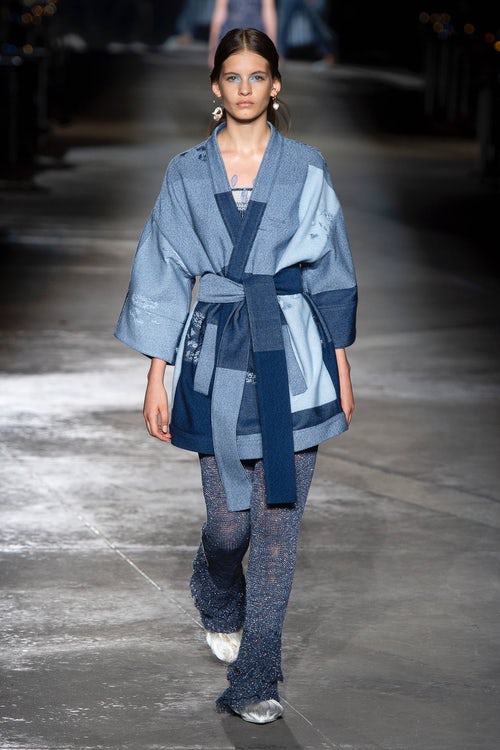 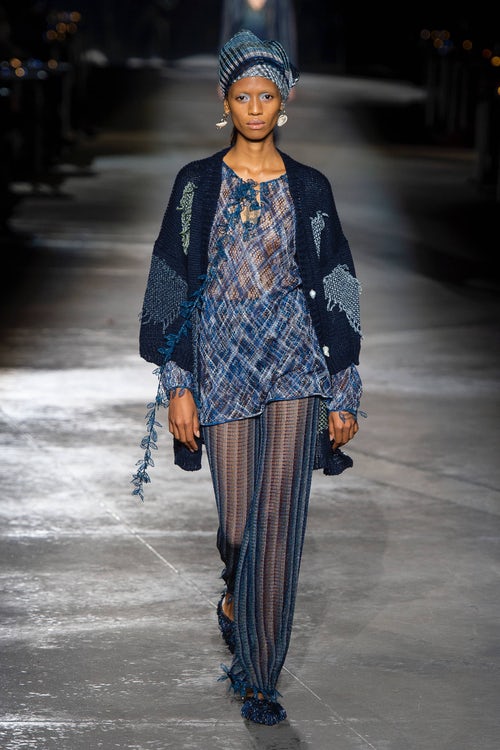 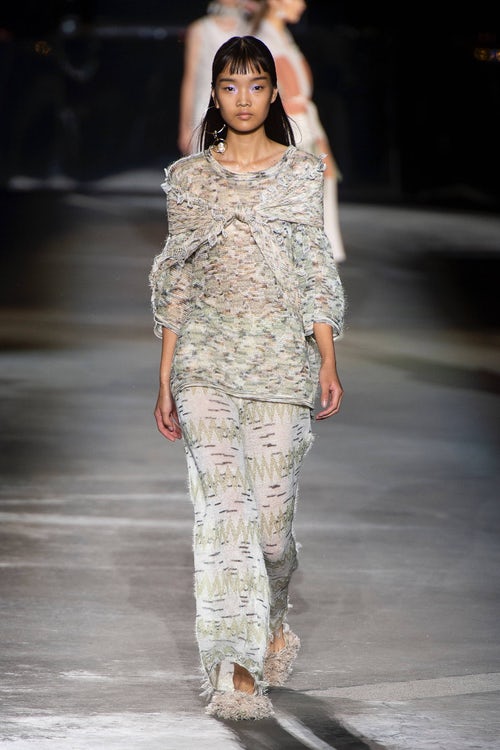 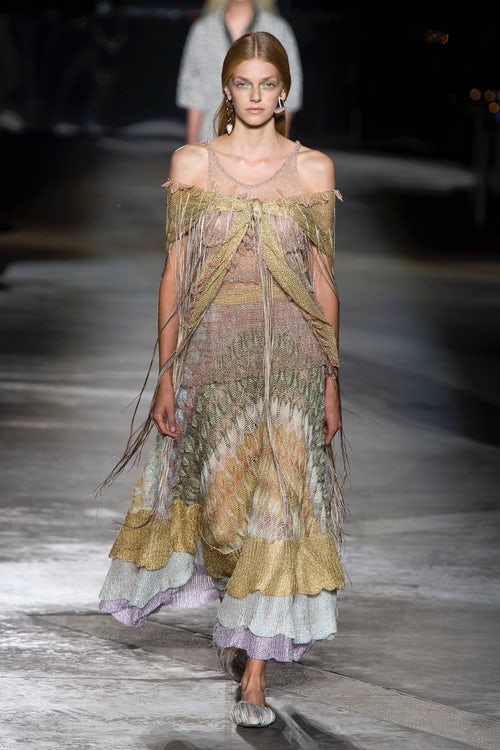 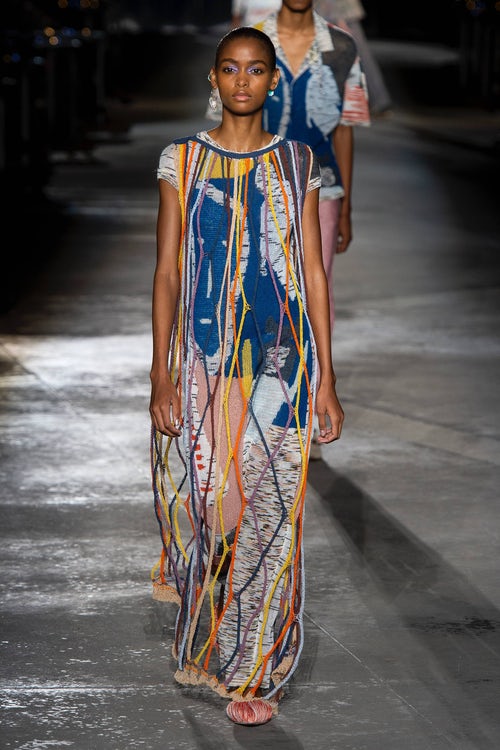 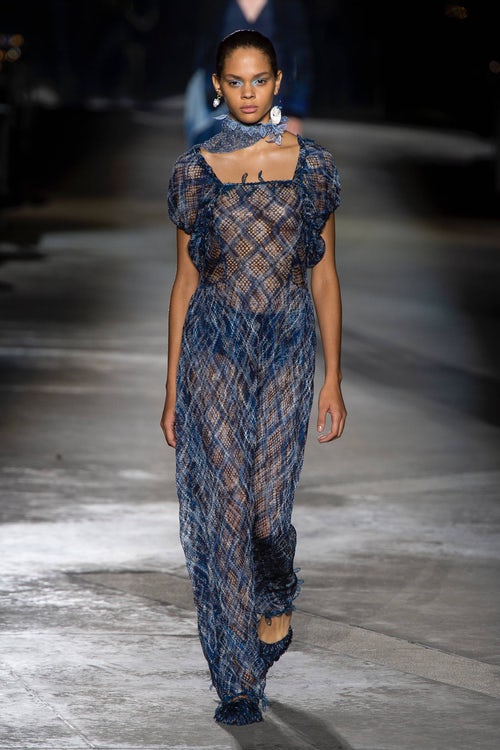 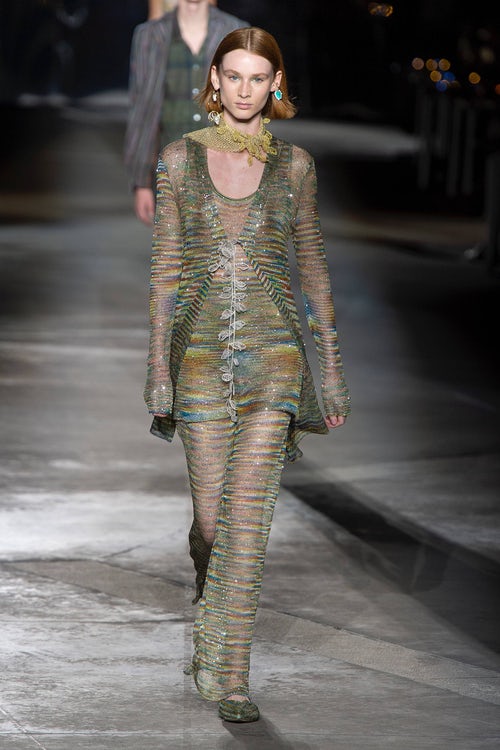 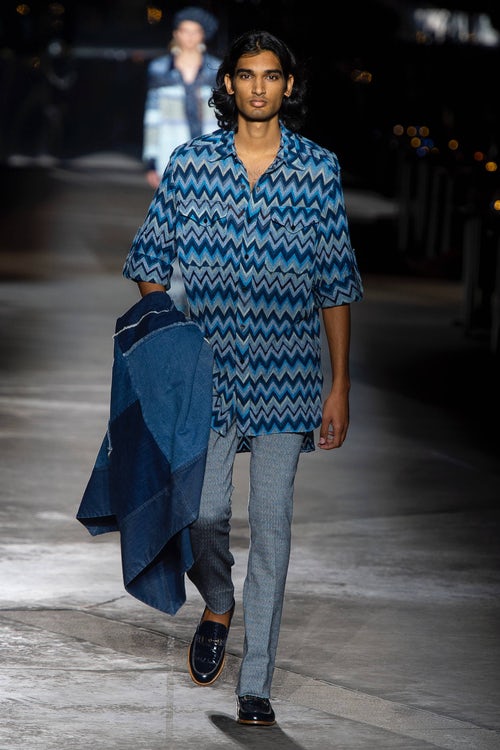 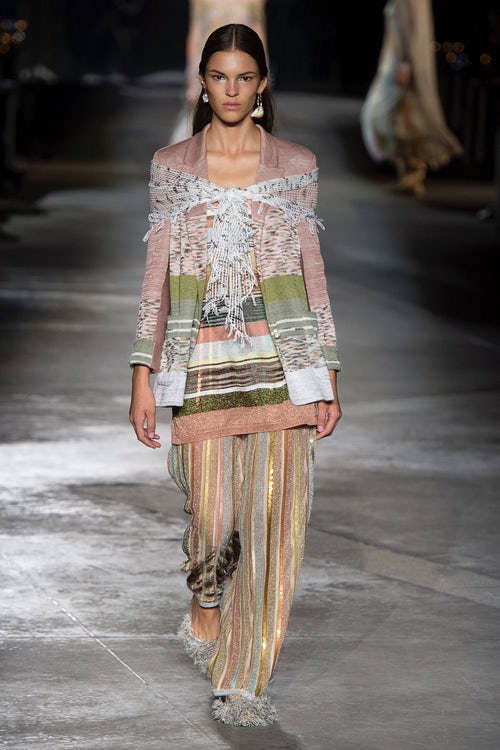 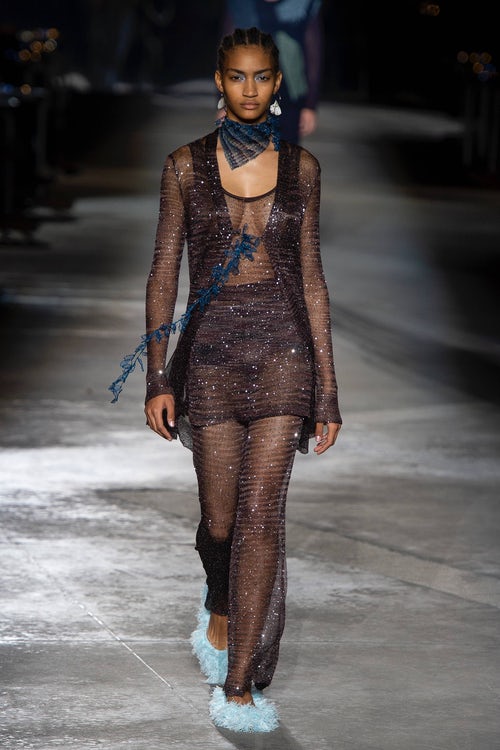 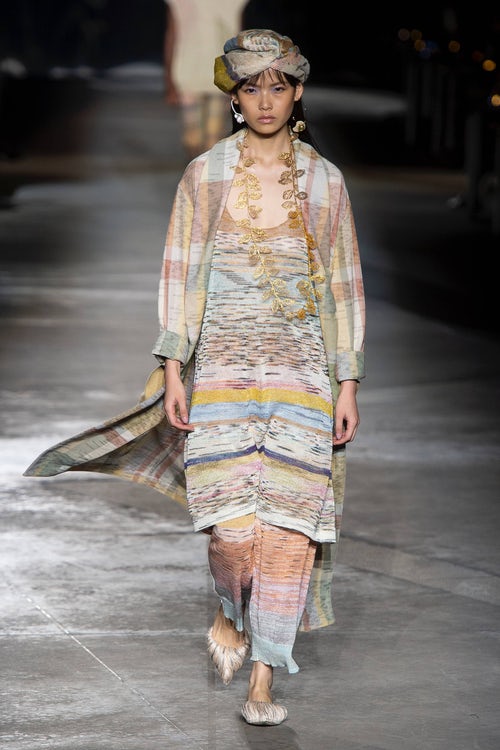 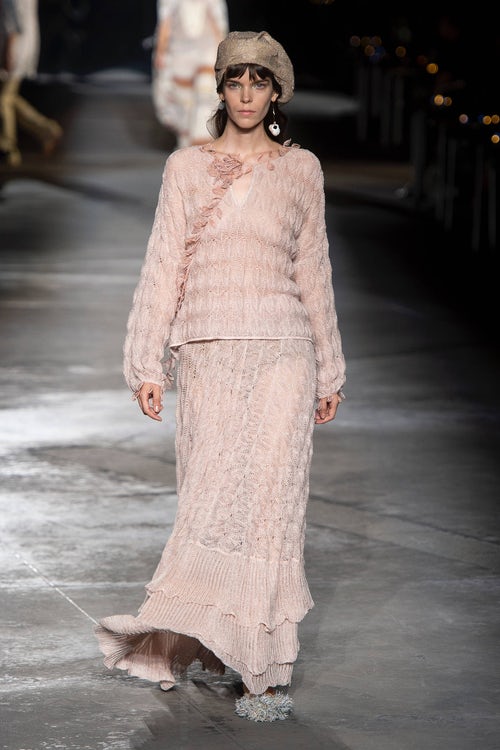 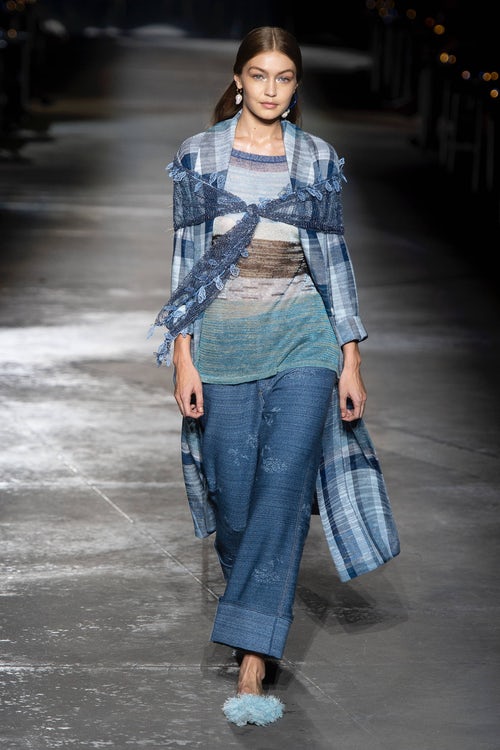 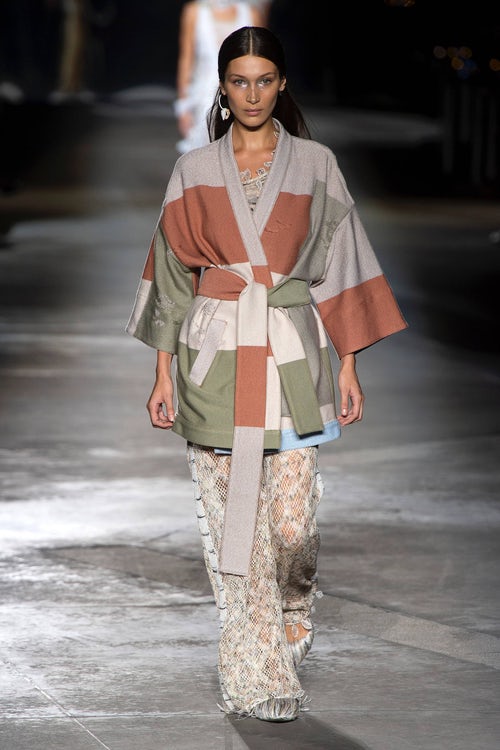