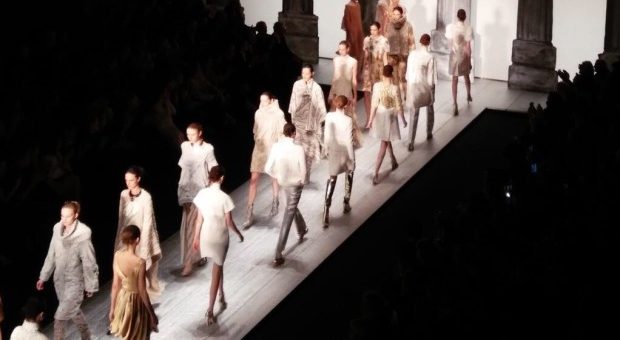 There are 61 shows in the temporary calendar of Milano Moda donna, which will be staged from September 18th to 24th

Two defections already announced in recent weeks: that of Gucci and Bottega Veneta.

Gucci will still be present on the calendar with two initiatives linked by a cultural fil rouge at the beginning and at the end of the fashion week. “We report the Gucci fashion show, in Paris on September 24th, only for this season, but permanently in the Milan calendar”, reads a note from the Camera della Moda.

“It will be a rich and international fashion week that will be inaugurated on September 18 with a day dedicated to events, from Wednesday 19 instead there are 61 shows in the calendar”, explained Carlo Capasa, president of the Italian Chamber of Fashion, yesterday in the note.

The fashion week sees the debut Tiziano Guardini, winner of the “Franca Sozzani Gcc Award for Best Emerging Designer” award for the first edition of the Green carpet fashion awards Italy 2017, and now supported by Mercedes-Benz.

For the first time also A.F. Vandervorst and Fila and, thanks to the support of the Chamber of Fashion, Ultrachic, Chika Kisada and Act N.1, winner of Who’s on Next? 2017.

Byblos and Iceberg shows are back in the calendar.

The green carpet fashion awards Italy, organized by the Italian National Chamber of Fashion in collaboration with Eco-Age and with the support of the Ministry of Economic Development, Ice Agency and the City of Milan, are now on the agenda.

The event will take place on 23 September at the Teatro alla Scala.

Finally, as a result of the agreement with the Municipality of Milan, the Cariatidi hall of Palazzo Reale confirms its location as a Milan fashion woman. To this space is added the Sala Cavallerizze in via Olona 6 / bis, the space inside the National Museum of Science and Technology Leonardo da Vinci, which will host not only a fashion showroom, the Fashion hub market, the project of the fashion in support of young brands from all over the world, which reaches its seventh edition.

The art of Van Gogh meets Vans. Here are all the models in the collection

Olivier Rousteing Brings His Maximalism to Couture at Balmain