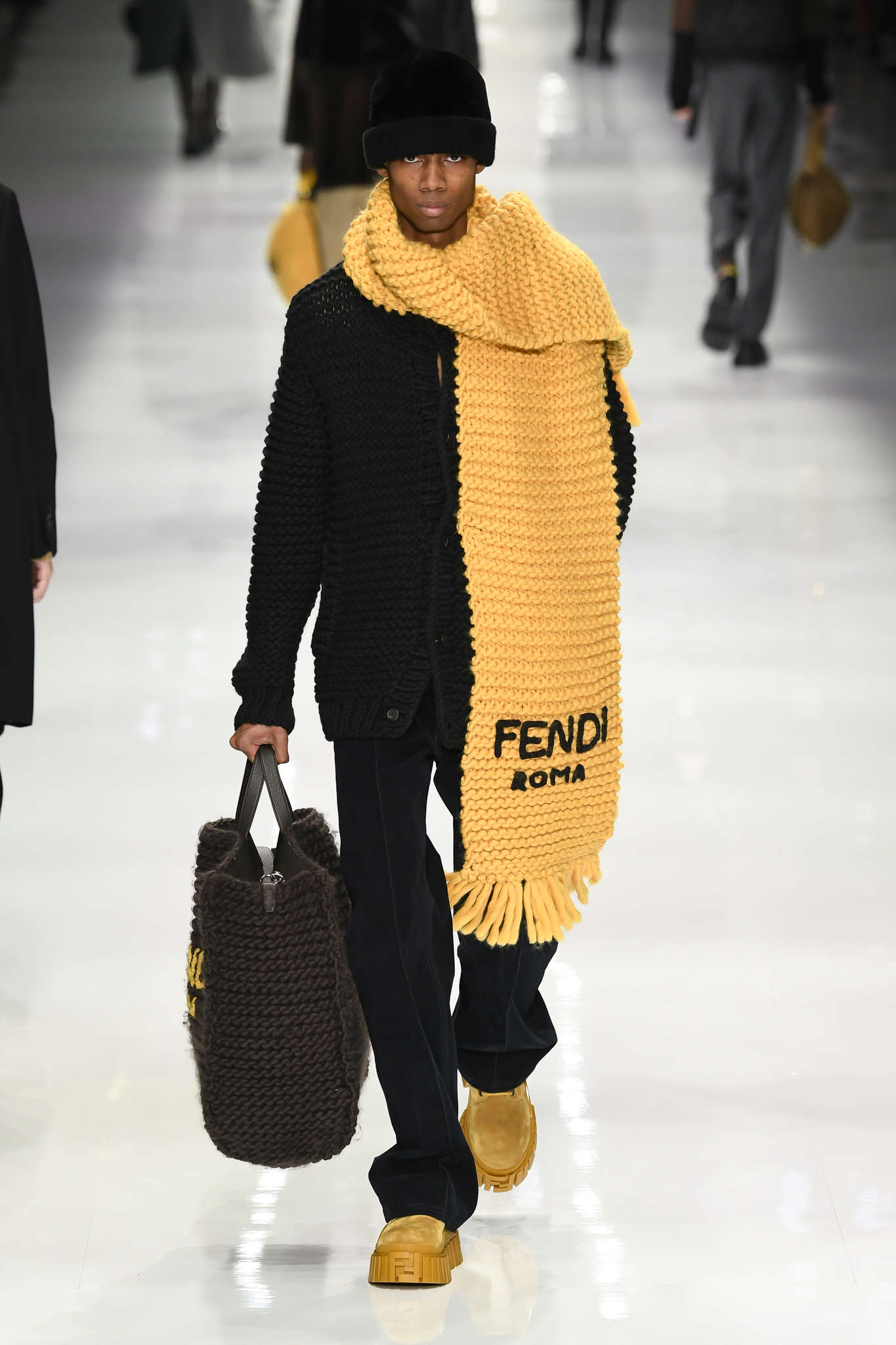 The menswear season in Italy ends after a pretty hectic week between Florence and Milan, where there was a marked yearning for a far dressier male. Here seven key trends which any fashionista should consider when investing in their wardrobe for fall 2020, according to Fashionnetwork.com Voluminous coats – The coat of next fall should swaddle you, like the enveloping shearlings or massive puffer ski coats of Giorgio Armani, or in major league A-line form, as at Fendi. Or perhaps like the giant diagonal check seen at Prada. For funkier rock star evenings on the prowl, there were Etroʼs Navajo blanket coats and Missoniʼs moody Mark Rothko-hued woolen pelts, not to mention the remarkable streaky wool patrician coats at Zegna. But leave it to Dolce & Gabbana to cut the largest – a floor-sweeping double-face shearling with eight-inch lapels. Big lumpy rural sweaters – Dolce & Gabbana led this look with gigantic cable sweaters where the thread was as thick as a thumb. Fendi showed humungous cable wool varsity logo scarves and Salvatore Ferragamo had lush cable knits. Hefty but airy boots – Prada, Stella McCartney and Fendi, to name a few, all showed huge boots, many with thick logo soles. Though when one actually held them in one’s hands, they were all remarkably light. Stella’s brothel creepers almost floated, while the new foamy-soled No Code X collection of sneakers at Todʼs weighed less than 300 grams. Corduroy comeback – From big thick-strand corduroy to shiny velour versions, the fabric made a huge return, nowhere more so that at Brunello Cucinelli. The designer wore white cord jackets to both his dinner party in Florence and his showroom in Milan. Detachable tailoring – Fendi featured one triple-layer coat that came in mahogany, caramel and beige mink. Salvatore Ferragamo showed dashing funnel-necked top coats that looked like they could be separated into four pieces. Lively logomania – From pretty well every look at Fendi, to Armani’s new R-EA, or Recycled Emporio Armani, the logo has rarely looked so obviously vital. Stella McCartney even printed her name on the back of trenches, along with the address of her London flagship, 23 Old Bond Street. Bright colors return – Up and down the price points, dazzling colors caught the eye. Tom Ford showed sherbet pink deerskin blousons, soft or rosé satin suits. While in Florence K-Way wowed with their bubble gum-colored nylon jerkins and packable windcheaters.