Luca Guadagnino and his architecture firm designed Redemption’s boutique in New York. Inspiration? A shooting of the Rolling Stones

Amazon has revolutionized the concept of wild shopping but want to put the shopping experience in a real store? In the sense of mannequins, mirrors and lights that make you look like a * div * in the Hollywood of the fifties. Even more so if that shop was designed by a director, in short, one who knows atmospheres. And in fact, it was Luca Guadagnino, who became famous thanks to the four Oscar nominations with the name “Call me with your name”, and who had previously given us films that were not exactly unforgettable, like Melissa P, who, however, as far as scenography was not so bad – to sign the retail store recently opened by Redemption in New York, Soho.

The interior design of the boutique was designed by studiolucaguadagnino, the interior architecture firm that has been active for three years and which we recently saw in a project in Rome. Every corner of the surface of about 370 square meters has been designed to give light and highlight the different sources of inspiration and the sensations that define the brand’s identity. 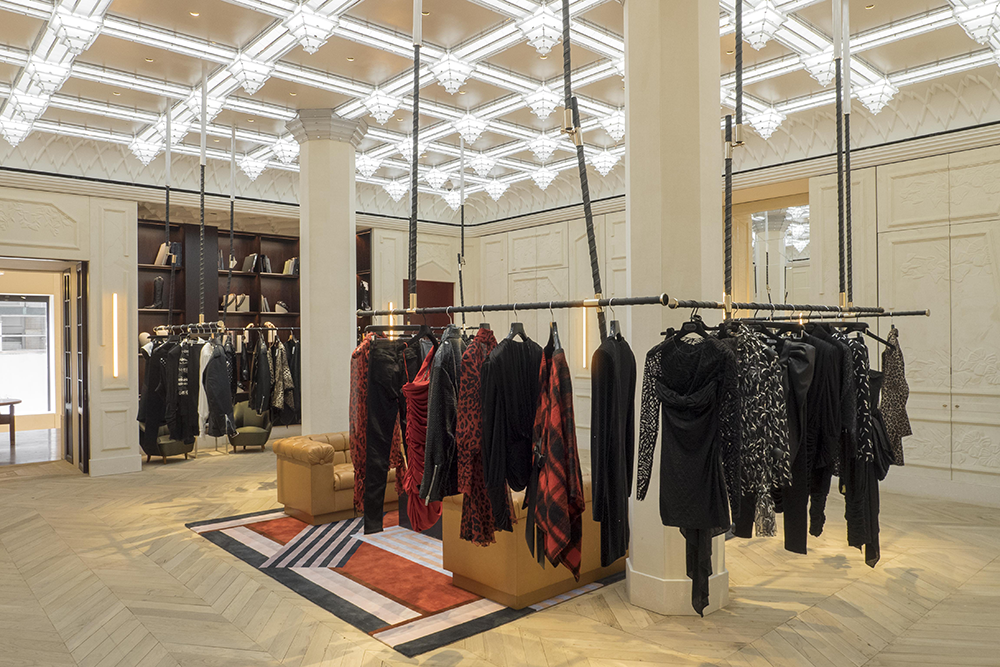 Luca Guadagnino’s Redemption Store: from the French Riviera to Soho

For the Redemption boutique project, Guadagnino and his team started from a very interesting and glamorous story, based on some photographs that immortalize the Rolling Stones during the recording of an album in a house on the French Riviera in the Seventies: soft atmosphere, Opulent decor and timeless motifs rich in detail. «We have evoked the fascination of rock-and-roll that blends with the timeless elegance of the interiors. This gave us the idea of ​​a boudoir apartment that allows the customer to live an intimate experience, the interiors are enveloping and soft, “said Guadagnino.

The entrance could only be scenographic, embellished with a unique chandelier from the 1950s by Venini. The floor is in antique Trentino wood, while the perimeter of the main room is entirely occupied by a Dedar velvet-covered boiserie, with moldings commissioned from the Irish graphic designer Nigel Peake.

Thus came a Haussmann apartment, so to speak Paris style in the second half of the 1800s but, looking up into the main room, a skylight lets the New York sky peek out. «As soon as you enter the shop, visitors will be transported to another reality. The project wants to symbolize the passage from the streets of SoHo to the world of Redemption », explained the director who, always in the matter of fashion, was also Fendi’s Guest Artist.

A book tells the secrets of Bulgari