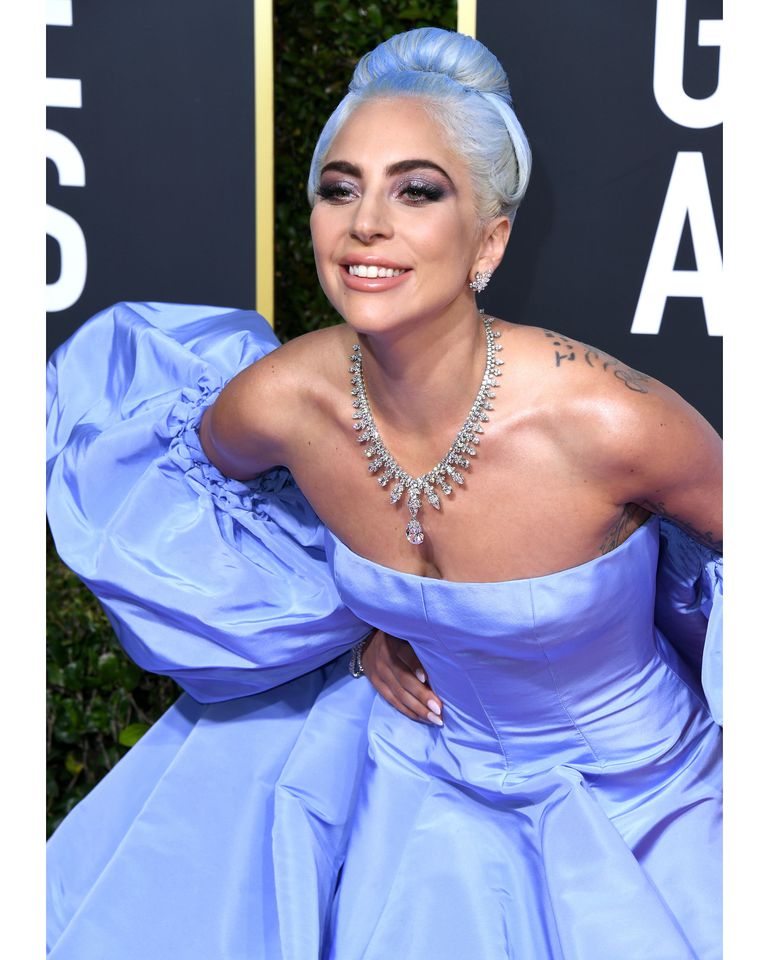 Enchanting like a late night Cinderella, Lady Gaga at the Golden Globes showed off her blue hair like her Valentino

Lady Gaga is a “star born a thousand times”, just like her Ally, as many on the stage as in front of a camera or on the red carpet, with that frightened expression promptly captured by the photographers. Superb in pink at the Venice Film Festival, for the starry Golden Globes Stefani Germanotta, in competition with A Star is Born, she opted for a look and a beauty look that will be hard to forget.

The pop star, who will soon be married to her boyfriend Christian Siriano in Venice, had an exquisite Valentino blue dress, with long train and Renaissance sleeves, coordinated with a snow-blue hair.

The white and the ultra-cold gradations are a real must among the trend hair of early 2019 and Lady Gaga, which for some time has been steady on platinum blonde, has turned towards a light blue highlighting on the red carpet as a fantasy character out of Il Signore degli rings or from Game of Thrones.

For Lady Gaga this hairstyle is anything but an incursion into the fantasy world created together with the hairstylist Frederic Aspiras, who in turn was inspired by the sumptuous and elegant dress created for her by the Valentino fashion house.

The choice of the look for Lady Gaga was not entirely casual, beyond the fact that in recent times has shown a weakness for the clothes of Valentino Haute Couture. In fact, Lady Gaga looked at the past and opted for a quote that linked her to her film. In fact, a very similar dress was worn by Judy Garland, the star of one of the remakes of A Star Is Born released in 1954.

To sparkle like a real star, then, she matched the jewels that Tiffany & Co. customized for her. He wore 3 bracelets, earrings and a necklace composed of 300 diamonds and with a 20 carat pendant heart. The name of the model is called Aurora, from the name of the goddess of dawn, so as to reaffirm that she has also conquered a place in Olympus (of the actors).

It is not the first time that Lady Gaga has fun with ad hoc quotes. At the Los Angeles premiere of the film directed by Bradley Cooper, she presented a silver dress by Givenchy Haute Couture. In that case the reference was to the look of Barbra Streisand in the remake of A Star IS Born of 1976.

GCDS, the street beauty is born