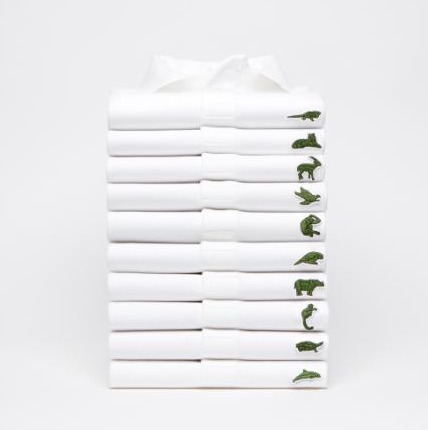 However, the change is only temporary. As reported by the CNN website, among the animals at risk chosen for the new logo are the Gulf of California porpoise, the Burmese turtle, the Sumatran tiger, the terrestrial iguana of Anegada and the northern sports lemur.

The French company has calibrated the number of poles produced with the new symbols, based on the population of animals remaining in the wild. The limited edition t-shirts are 1,775 and the Gulf of California porpoise has the smallest print run. With only 30 shirts available.

The limited-edition t-shirts – created to support the “Save Our Species” campaign launched during the fashion week on March 1 in Paris – are sold out.

“It’s a great start and I hope it inspires other companies to follow suit,” says wildlife expert Jeff Corwin.

Lacoste introduced the historic crocodile logo in 1936 and so far he would never have used any other animal.