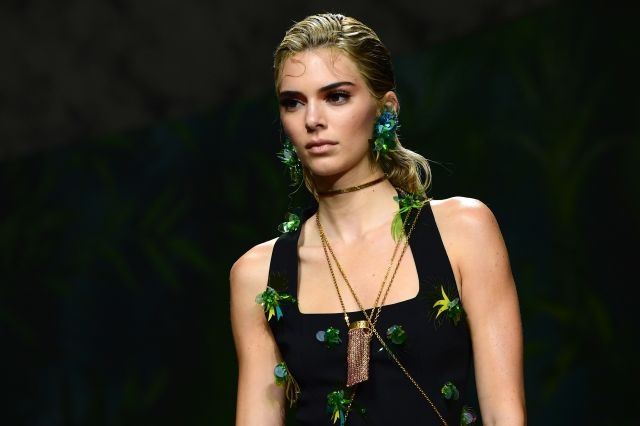 According to data from specialist website Models.com, which toted up overall figures for followers on Twitter, Facebook and Instagram,  the 24-year old Kendall Jenner is once again the year’s most popular top model. It is hard to imagine anyone being able to bump Kendall Jenner from her current position as the most-followed model on social networks. Like her sisters Kylie Jenner and Kim Kardashian, the slender brunette is extraordinarily popular on Instagram, Facebook, and Twitter, with an accumulated total of more than 164 million followers. That is more than enough to overshadow even her most famous competitors, who have to make do with tens of millions of followers. This is all the more obvious when you consider that the second catwalk star in the rankings, Gigi Hadid counts “only” 64 million followers on all three social networks. She is nonetheless ahead of Cara Delevingne (60 million), Chrissy Teigen (39 million) and Emily Ratajkowski (32 million). It is also worth noting that many models, or rather former models, who are still present in advertising campaigns but no longer participate in runway shows, are highly placed in this ranking and even eclipse some of their younger peers. This is the case of Tyra Banks, 6th in the ranking with nearly 30 million, Gisele Bündchen, 8th with more than 26 million, and Miranda Kerr (25 million).