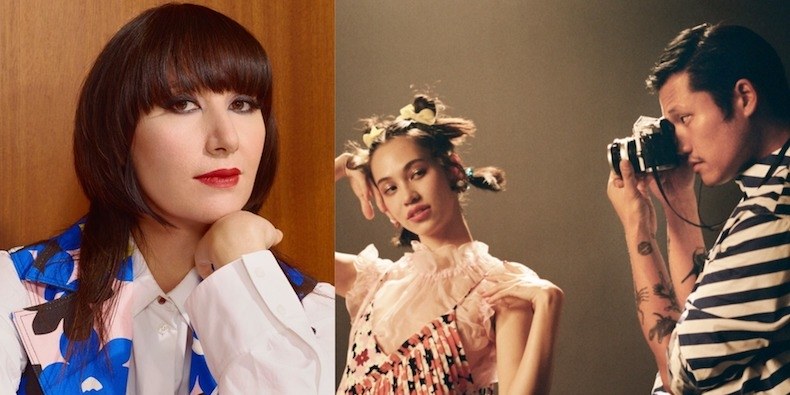 The Story Behind Karen O and Kenzo’s New Collaboration

When Kenzo’s co-creative directors Carol Lim and Humberto Leon started thinking about out-of-the-box ways to bring their Spring 2018 campaign to life, it’s no surprise that they turned to Yeah Yeah Yeahs frontwoman and longtime friend Karen O for a soundtrack. The pair has a long history of tapping their supremely talented female friends—Lauryn Hill’s surprise performance at the Kenzo show last February springs to mind. “We’ve kind of always wanted to collaborate on something but never really figured it out,” says O.

The new audiovisual project stems from the imaginary romance between the muses who inspired Kenzo’s latest collection—pioneering model Sayoko Yamaguchi and composer Ryuichi Sakamoto. Director Ana Lily Amirpour which she called an “Iranian vampire spaghetti Western,” developed the story with O based on Lim and Leon’s obsessions with the two Japanese icons.  The nine-minute film depicts a photographer as he charts the wave of emotions that come from his unrequited feelings towards a muse, all while showcasing Kenzo’s vibrant new collection of clothes, of course.