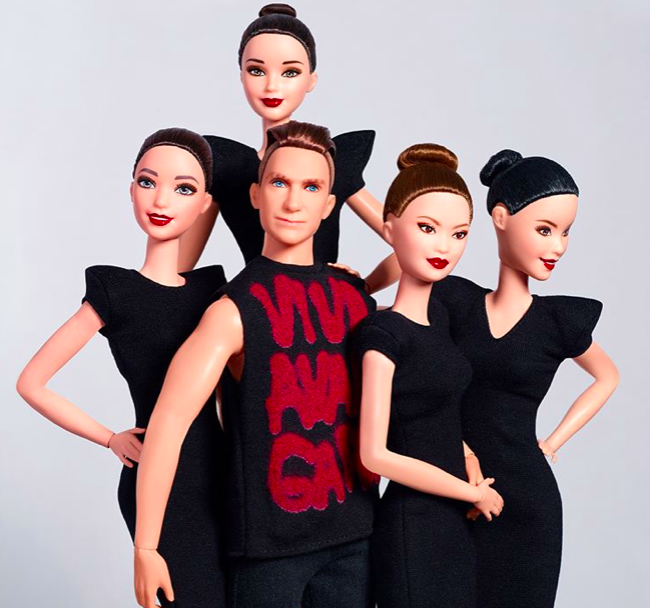 His true fans will perhaps remember the 1998 shoot by photographer Marcus Mam, who saw Jeremy Scott surrounded by models, including Devon Aoki.

Today for the new fashion designer campaign, the characters of that iconic photo have been transformed into ‘doll’ thanks to a collaboration with Barbie.

Scott broke the news on Instagram by comparing the two images.

The designer is not the first to become a doll. Recent projects include Barbie Gigi Hadid and Barbie Claudia Schiffer.

And let’s not forget that in 2015 Jeremy Scott created for Moschino an entire capsule collection dedicated to Barbie, and that he even dressed her with the look of the show.

Ader Error: a collective based in Seoul, but also in Paris, London and New York