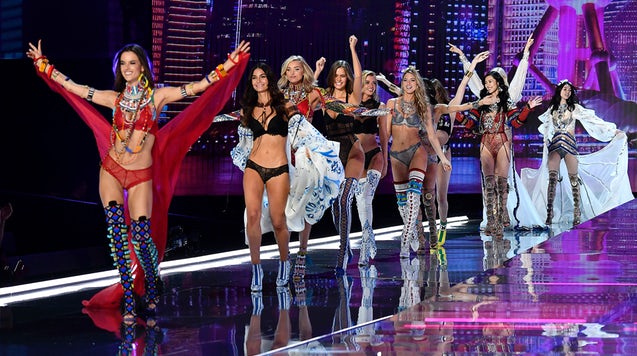 It seems no one wants to know Victoria’s Secret anymore.

In fact, “it’s game over” for Victoria’s Secret and Pink, Jefferies analyst Randal Konik said in a note. The sexy underwear maker has seen “massive traffic declines, zero pricing power and market share losses mounting.” Investors have been ignoring these facts, instead continuing to believe that it is a “great” brand, he said.

Owner L Brands is down as much as 11 percent, the biggest intraday decline since March 1.

The Pink division has been masking declines in the core Victoria’s Secret business for years, he said. The truth is, Pink growth has ended, as well, Konik said. Customers have likely moved on to American Eagles’s Aerie brand, which has seen quarterly comparable sales skyrocket. Case in point: The brand has outperformed Victoria’s Secret sales for the last 16 quarters.

There is “little value” left in Victoria’s Secret and Pink, Konik said, and he sees risk that total segment EBIT dollars may be cut at least in half, with Ebitda dropping below $500 million in the medium term. The analyst sees L Brands shares dropping into the low $20s, which would still yield an enterprise value of more than $10 billion. Konik rates the shares underperform, with a price target of $23 per share.

He’s one of four analysts with sell ratings on the stock, which also has nine buys and 16 sells, with an average price target of about $38.

Ralph Toledano confirmed at the helm of the French fashion federation