Valentino creative director Pierpaolo Piccioli, dressed in layers of black punctuated with white sneakers of his own design, is sitting in the clean-lined lobby of the Four Seasons Hotel in Manhattan’s Financial District, just a few minutes’ walk from American Vogue’s World Trade Center office. He’s in town for the magazine’s “Forces of Fashion” conference, slated to discuss his vision for Valentino, where he has earned rave reviews for bringing ease to couture without forgoing technical superiority or the dreaminess that makes the highest level of fashion so special. That vision, he says, is predicated upon a certain openness that he believes has escaped much of the industry.

“Fashion has to become more collaborative,” Piccioli explains. “Every luxury brand has to become more inclusive. If you remain in your exclusive field, you’re not relevant enough for this moment,” he continues. “I want to take Valentino from a brand of exclusivity to a brand that becomes more relevant to today. I’m keeping the values of the house but taking it in a more inclusive direction that embraces different communities.” 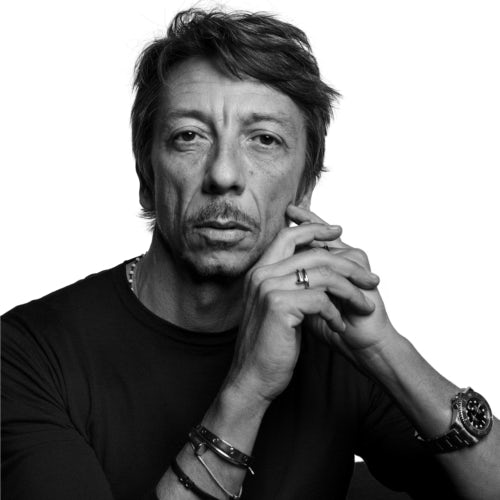 Just a few short hours after his Vogue tête-à-tête, Piccioli will head to a cocktail party in Soho to celebrate his project with Moncler, the Italian luxury outerwear brand that has done more than most to rethink the way fashion is created, manufactured, communicated and distributed in an age where consumer expectation increasingly reflects the speed of Instagram and collaboration is key to delivering the kind of newness the market craves.

Last year, Moncler chief executive Remo Ruffini announced that the brand would do away with its seasonal runway collections designed by Thom Browne and Giambattista Valli, supplanting them with what the company calls “Moncler Genius” — an initiative built around a series of partnerships with fashion talents like Piccioli. Other participating designers include Simone Rocha, Craig Green, Hiroshi Fujiwara and Noir Kei Ninomiya.

The resulting product is being released in monthly drops at more than 50 Moncler stores, including two concept shops in New York and Tokyo as well as department stores and multi-brand boutiques worldwide. Critically, it also provides a foundation for a layer of associated digital content that will flood the social media feeds of luxury consumers.

“You cannot talk to your customer every six months, you need to talk every day,” explained Remo Ruffini, president and chief executive of Moncler, earlier this year. “Before, the world was quite static and it was enough to make one show in February, one show in September.”

Piccioli’s collection for Moncler, one of two to drop this month, is among the most anticipated. Not only because of the prestige brought by his name, but also by the striking, to-the-floor silhouettes he has created, transforming the ski jacket for which Moncler is best known into a wardrobe of gown-like garments fit for Medieval Madonnas from another dimension.

Fashion has to become more collaborative. If you remain in your exclusive field, you’re not relevant enough for this moment.

The project came with its challenges. Piccioli was suddenly working with more technical materials. “Material is like a language, it’s the essence of a brand,” he says. “The team at Moncler has a different kind of mind. Everything is structured to be really worn and not just perfect. I didn’t want to lose that authenticity.” 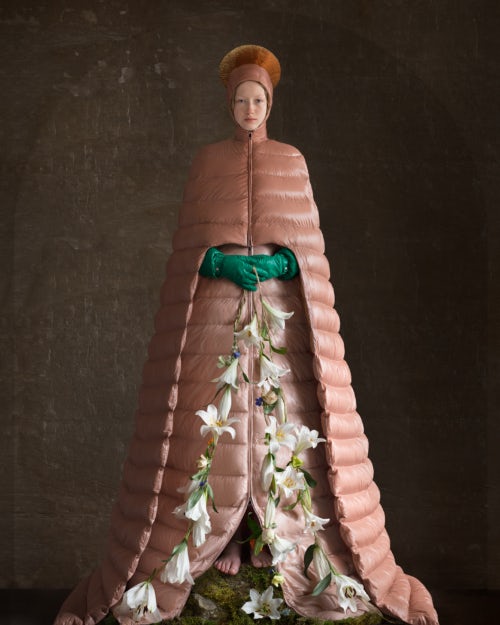 To communicate the commercial release of the collection, Piccioli partnered with the artist Suzanne Jongmans, who pieces together photographs to create images reminiscent of works by the Flemish Masters. Those artworks are now being disseminated digitally to keep Moncler part of the social media conversation.

It’s indicative of the way the role of a designer is changing, as savvy brands continue to reorient themselves away from seasonal collections and communications towards a steady stream of ideas. “It’s a great opportunity,” Piccioli says. “The show is one language, Instagram is another, the printed campaign is another. But everything has to be very precise.”

That’s because, as Piccioli emphasises, in a world of unlimited choice, maintaining a clear point of view has perhaps never been more crucial. While he says that he expects and hopes that his customer will wear several brands at once — whereas, even a decade ago, designers were thinking head-to-toe — he also wants them to receive his personal message loud and clear.

It’s telling that the only identifiable non-Valentino item with him is a printed tote from the Musée Yves Saint Laurent in Marrakech, which he visited over the summer. “When you go there, you can feel the inspiration of Morocco in Saint Laurent’s work, but you see that it’s not an imitation,” he says. “Sometimes inspiration today is much too close to the idea of imitation. Inspiration is something that comes to you, you elaborate it and you filter it with your own sensibility and you deliver it in a different way. Those Madonnas were an inspiration to me, but I didn’t want to deliver exactly the same feeling.”

Moschino@H&M, pop and logos with Scott