At County of Milan, MGSM and DSquared2, change was afoot to different degrees

The streetwear bubble has officially burst, in Milan at least. There were trainers and hoodies and some tracksuit pants on the County of Milan catwalk — a real, raised one like in the good old days — but that was a given. What caught my attention were the brothel creepers, the blazers, the mini-skirts (this was a co-ed presentation) and the tailored pants. 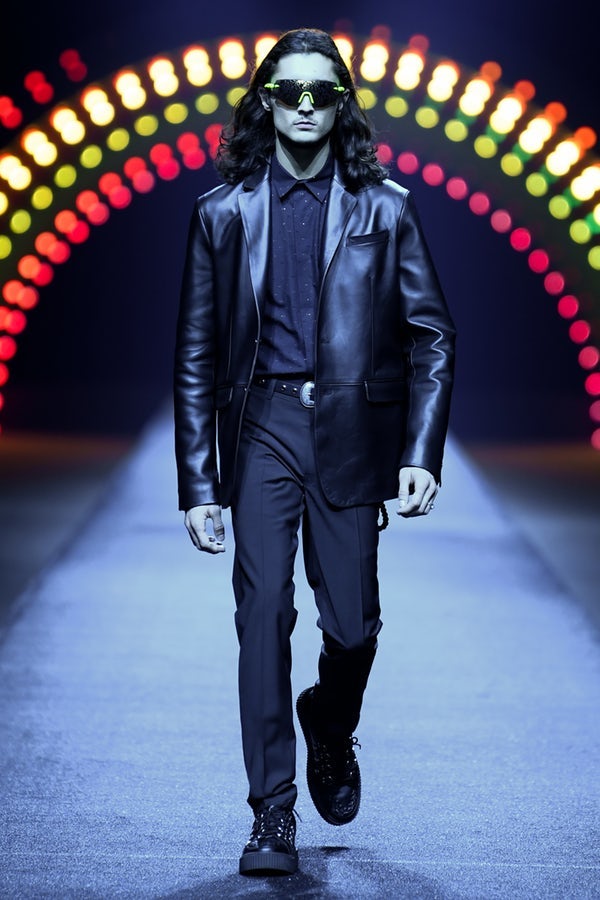 “It’s time to move forwards, and up,” said Marcelo Burlon backstage, flashing a broad smile. He should be happy: after a few seasons of slightly struggling to find a new direction, County of Milan is back on track, in a grown up but still lively new incarnation. Burlon got the agenda right because at the core he kept the sense of tribalism and inclusivity that’s been critical to the success of the brand.

The bold prints, sneakers and omni-spiritual signs of the past, however, gave way to animalier patterns, classic checks and some sparkle as the street thugs morphed into gypsies. Literally: the inspiration came from the Roma people. “It’s about the elegance of people who are considered wrong to society standards,” explained Burlon. The result was fresh. Not groundbreakingly new in terms of style, with quite a few passing nods to Raf Simons, yet convincing.

Backstage at MSGM, Massimo Giorgetti greeted guests in a black sweatshirt with the slogan “Time To Change” spelt loud across his chest. Was it a memento? A commentary on the collection? Did it change? Yes and no, honestly. In a way, MSGM is always different yet always the same. Tellingly, the jolly spirit that is so integral to the brand, this season, looked a little harder, more physical, as the main inspiration came from car racing, complete with ergonomic pants, bold colour contrasts, flames and the word “Turbo” written on sweaters and caps. And broad-shouldered tailoring, let’s not forget. 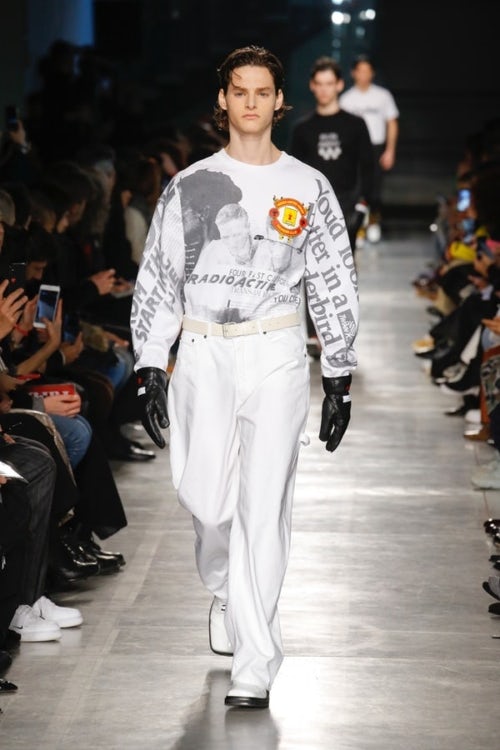 Still very young at heart, this season’s MSGM guy felt a little bit more grown up and in control, which made for some progress. What hasn’t changed at MSGM — and it should — is the creative method: it is never a good sign when you can spot references at a glance, and when such references are very obvious or very recent. From Prada’s day-glo nylon to Balenciaga’s square-toed shoes and boxy tailoring, the catalogue of fashionable pillaging was all there. Giorgetti has his own energising way to adopt and adapt, but in this respect it’s really time to change.

Meanwhile, over at DSquared2, something is finally changing. Over the past years, the brand’s goings had become a bit formulaic, but this season Dean and Dan Caten broke the mould. And they broke it in every respect, from the show format to the clothes. If the club-like presentation on a raised catwalk in a darkened industrial venue with no seats and an underground 1980s feel put this reviewer’s nerves to a test — seeing the models required a fight — it sure added for charm and elan.