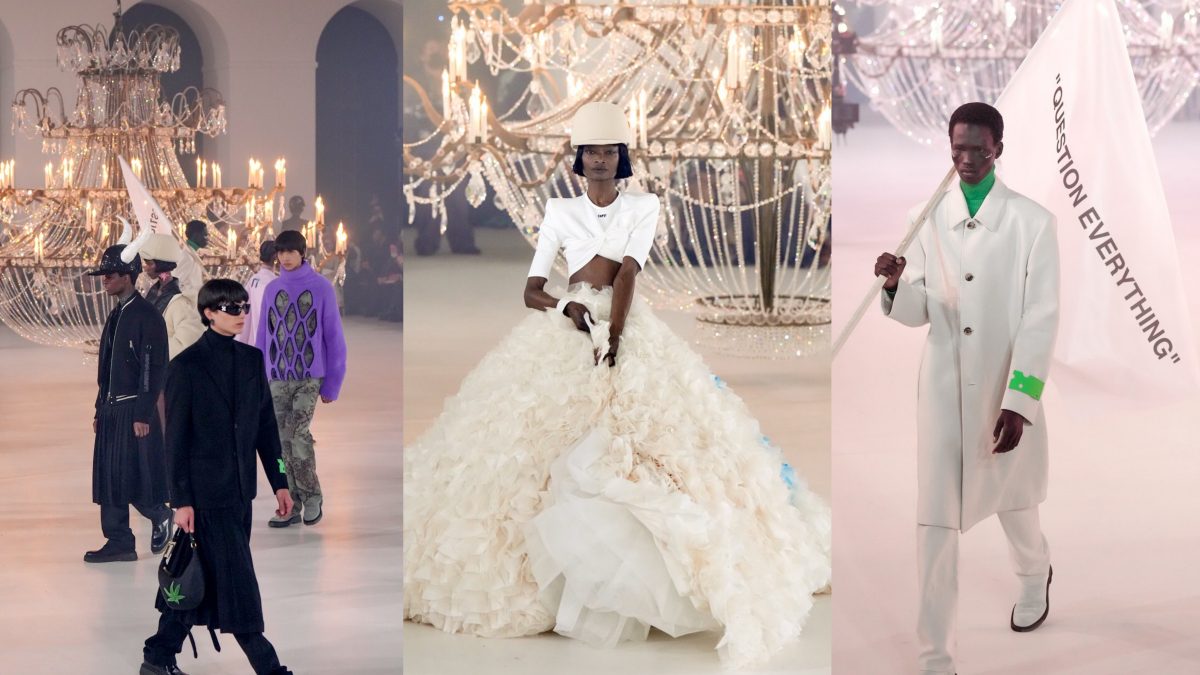 Focus on, Focus on, Moda, Trends

In memory of Virgil

The last review that will conclude the fashion month has just begun. It’s time for Paris Fashion Week F/W 22-23. From February 28 to March 8, 45 physical fashion shows, 13 digital shows and 37 physical presentations, with a total of 95 brands, the French capital of fashion is ready to give emotions. A significant emotion experienced during the first evening of the event was that of the memory of Virgil Abloh. In fact, an unmissable moment is the Off-White fashion show, the last one designed by Virgil Abloh before his untimely death. A tribute in memory of Virgil attended by the designer’s closest inspirational models, fashion goddesses of the past and present: from Naomi Campbell, the Hadid sisters, Amber Valletta, Karen Elson, Kendall Jenner, Helena Christensen, Karlie Kloss up to Cindy Crawford and her daughter Kaia Gerber. Presented at the Palais Brongniart in Paris and broadcast in world live streaming, the Off-White Fall Winter 2022 2023 collection has the name of “Spaceship Earth: an Imaginary Experience” and follows the two previous tributes, in the Miami order with the show “Virgil Was here “and the Louis Vuitton show in January. The collection was presented by Virgil during the haute couture shows in Paris last July and was completed by the creative teams and collaborators with whom he worked. Sitting in the front row assisting Virgil’s family, Rihanna, A $ AP Rocky and Pharrell Williams and many more. Each of Off-White’s 28 looks was the vehicle of a message in memory of Virgil. Knitwear inlaid with diamond shapes, mini dresses with slits, jackets, vests and skirts in shearling, tie-dye on down jackets worn by parading holding a white flag with the words “Ask everything” while the words “More Life“, a reference to the battle led by Virgil Abloh for his recovery, she appeared in one of the bags carried by Cindy Crawford while another was filled with red and white pills. Three months after his death it is still difficult to imagine an Off-White after Virgil Abloh, who will take on the honor and the burdens of continuing the democratic and inclusive fashion revolution ignited by Virgil? Discover the Off-White collection on Michele Franzese Moda.