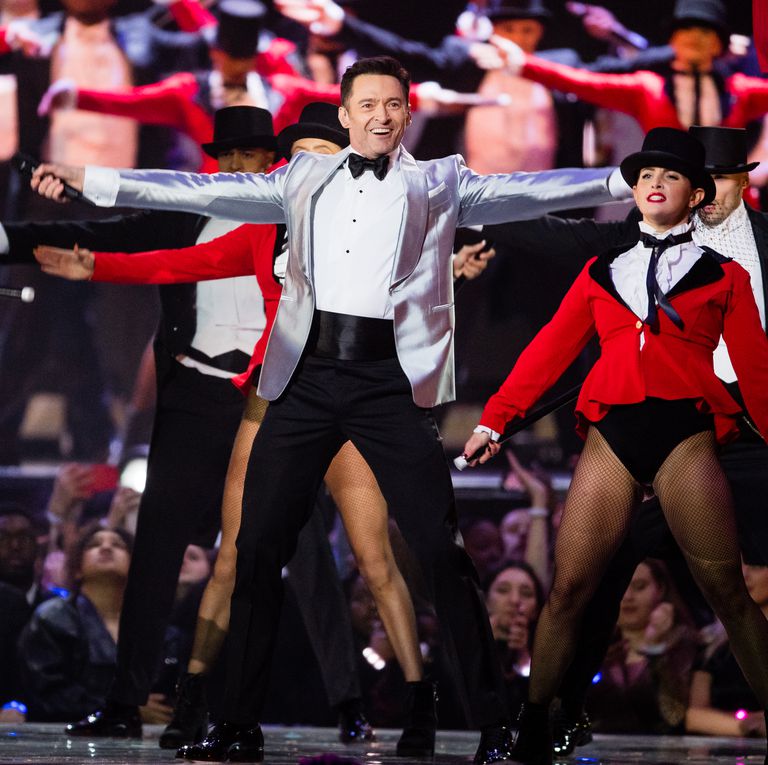 Hugh Jackman Proves You Can Do Anything In Tom Ford

The Brit Awards is a real variety show: the sort of melting pot in which bona fide A-listers rub shoulders with zombie acts of the early nineties. And that’s a good thing. After all, who could dislike a big friendly democratic awards show in which everyone gets an invite and everyone gets to watch the questionable pyrotechnics and Sam Smith dancing with Winnie Harlow for no apparent reason? Good, clean, odd fun.

But at this year’s ceremony, the real surprise was an off-shore talent – an Australian that cut his teeth on Wolverine’s forever-anguished claws and honed his lungs in 2017’s least coolest film: Hugh Jackman.

The actor’s rendition of The Greatest Showman was notable for several reasons. One: the film is neither British, nor particularly current. Secondly, the Brit Awards is not the Tonys (for which we are so thankful). Flanking a feel-good mum hit with Little Mix bumping crotches in PVC is as jarring as it is nonsensical.

And yet, Jackman made what has long been a naff sect of entertainment cool again. He was effortless. A triumph, even. As the happy Australian worked the stage with the effervescence of an Alka-Seltzer at a stag do, the appreciation was widespread. ‘I’m quite enjoying this,’ your housemate said. ‘Fair play to the fella, he’s a bloody good singer,’ your father said. You can thank Tom Ford.

The designer’s O’Connor shawl lapel tux was the perfect armour for such a spectacle. There was the shine, the glitz and the volume we’ve come to expect from the High Priest of Peacocking.

And the Ford Effect didn’t end on-stage, either. Prior to leading a procession of terrifyingly overexcited backing dancers, Jackman cracked the red carpet too, reminding us that for all of the showmanship of a blinding tux, the US designer does classic black just as well.

And so, despite event organisers who are deep in the throes of an Aayahuasca trip, it was clear the Brit Awards had its hero. His name was Hugh Jackman. Or perhaps Tom Ford.