La Bomba, the Palapa and the Spinner battle for beach space.

Fashion sometimes goes to gobsmacking, seemingly incomprehensible extremes. The gigantic straw sun hat of summer 2018 is one of those.

This headgear is larger than certain area rugs. But to certain fashion aficionados, it is the inexpressible ultimate, sold out just about everywhere, cooed over online and in person.

“Never has anything I’ve ever worn attracted so much attention,” said Jeanette Jones, a corporate publicist from Toronto visiting Paris with her Lola Spinner hat. “Women keep stopping me in the street and engaging me.”

“People snap their neck, in a good way, when they see me in these huge hats,” said Daniella Van Graas, a model and actress who lives in New York. “They really are fashion statements.”

To give unsuspecting readers an idea, the largest of them, the Palapa Hat, from the Mexican design team Olmos & Flores, has a 22-and-a-half-inch brim with a four-inch fringe. That’s more than twice the expanse of the brim on the already sizable Eric Javits Giant Floppy, worn by Serena Williams on the cover of the August issue of InStyle magazine.

And who needs “It” Girls when there are Hat Girls: the American model Bella Hadid, Denni Elias, a blogger from Mexico, and Giovanna Battaglia Engelbert, an Italian fashion editor. As Jacqueline Lamont, an associate professor at Pratt Institute who is also a milliner, pointed out: “a lot of these young women never wore hats before. Now they get to wear these big, elegant creations.” 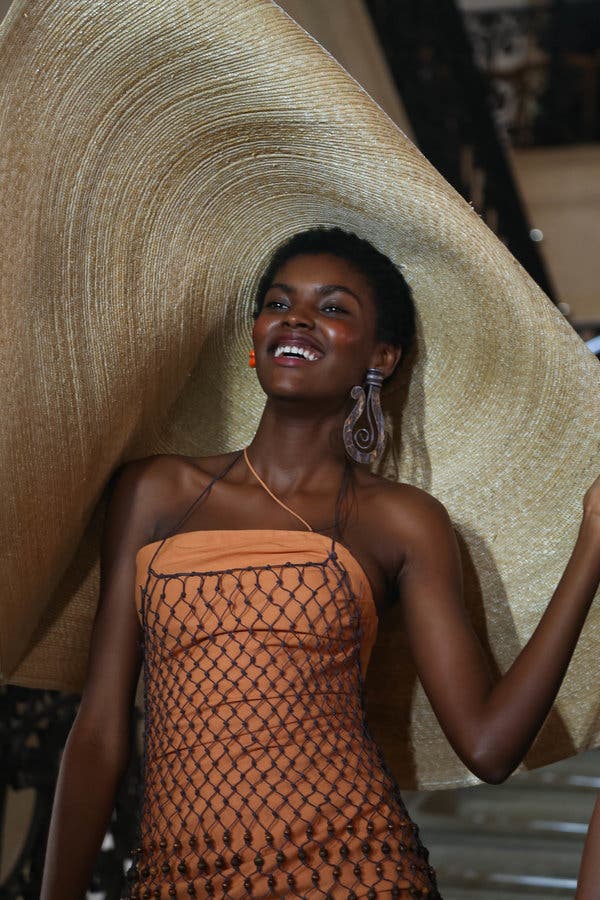 The most talked-about hat on the market is the Grand Chapeau La Bomba, by the self-taught French designer Simon Porte Jacquemus and priced at around $700. Exuding the same off-kilter-sexy South-of-France chic that’s evident in his clothing designs, La Bomba is a geometrically perfect circle of wheat straw, with the 21-and-a-half-inch brim curled up at one side for visibility as well as flirtation. (If both sides were rolled up, it would become a humongous Napoleonic tricorn.) It was prudently produced as well with a 12-inch brim. Either hat could be ballast for that other current Jacquemus best-seller, the teensy Sac Chiquito handbag.

Leo Maribo, a junior buyer at the Copenhagen luxury fur and clothing shop Birger Christensen, tried on La Bomba on a trip to Paris. “It’s light and comfortable,” he said, “but very hard to incorporate in your everyday life.” Mr. Maribo purchased just one for the store, “for merchandising use.” It was shipped, he recalled, in a giant box, like a flat-screen TV.

Emma Rosenzweig, a Danish model who has worked for Balenciaga, soon spotted the hat in a Birger Christensen window display and bought it to wear at her May wedding to Tal R., an artist, instead of a veil. “When we kissed after the ceremony, I could hide both me and my husband underneath the hat,” she said.

Melissa Dunne, a stylist, bought the smaller La Bomba, “luckily before it sold out. It’s wearable and manageable, but still quite large and cumbersome,” she said. Calling it “a very expensive status symbol,” she found it “certainly attention-grabbing. I get no end of compliments when I wear it, even on the streets of Boston,” where she lives. 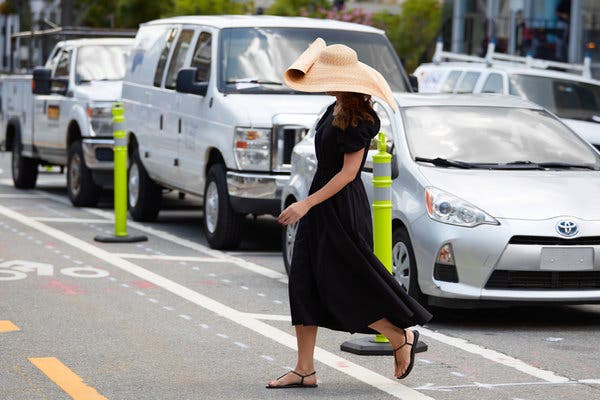 Only a short while after Mr. Jacquemus designed the La Bomba in Paris, the Palapa hat emerged from Guadalajara, Mexico, named for a beach hut with an umbrella-like straw roof popular in Baja California. Its designers, Ali Daniel Flores and Victor Olmos, conceived their royal palm straw creation as a tribute to the sombrero — regarded as an embarrassment by today’s youth of Mexico — and to help restore local straw-weaving traditions.

A minor internet scandal erupted when Vogue Mexico pictured the Olmos & Flores hat atop Ms. Hadid, mistakenly attributing it to Mr. Jacquemus. He permitted the image to go viral, with a caption indicating it was his. Diet Prada, an Instagram account that exposes copycat designs, intervened and blew the whistle on the French designer. His response: “fake news.” 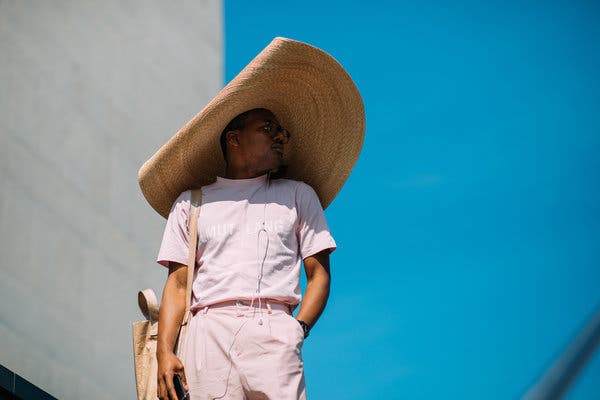 Thanks in part to this kerfuffle, the Palapa is selling briskly in Mexico, and may soon be retailed abroad. Foldable for travel, it’s showing up at beaches and indoors as wall art. As for walking around in it? “I think you could, but it would be a bit complex,” said Mr. Flores. “It’s hard to wear on a daily basis.”

Then there is the Spinner, a supersize straw rendition of the oilskin Southwester, whose elongated back brim keeps rain from coursing down the back of sailors’ necks. Developed by the New York designer Lola Ehrlich, the Spinner’s brim measures 16 inches in the back and eight and a half in the front.

Made from narrow, zigzagged raffia tape, this mega-hat is easy to pin or scrunch back, so the face is visible and less communal space is taken. It’s also commended for quickly springing back to its original shape. “It’s not like wearing an enormous sundial on your head; it folds around the face in different ways,” said Kirsten Ulve, an illustrator in New York, of her Spinner.

It also can collapse into laptop size or be rolled up, like a yoga mat, for travel.

Initially known as the Doormat, this style was introduced in 2002 with a comparatively puny 12-inch brim. “I wore it from the start, right after our first baby was born,” said Anya Ziourova, another fashion editor. “It was fantastic — both of us were well protected from the sun.”

Even a traffic-stopper like her Spinner “must be suited for the life we lead now,” said Ms. Ehrlich, a 30-year veteran of the hat trade.