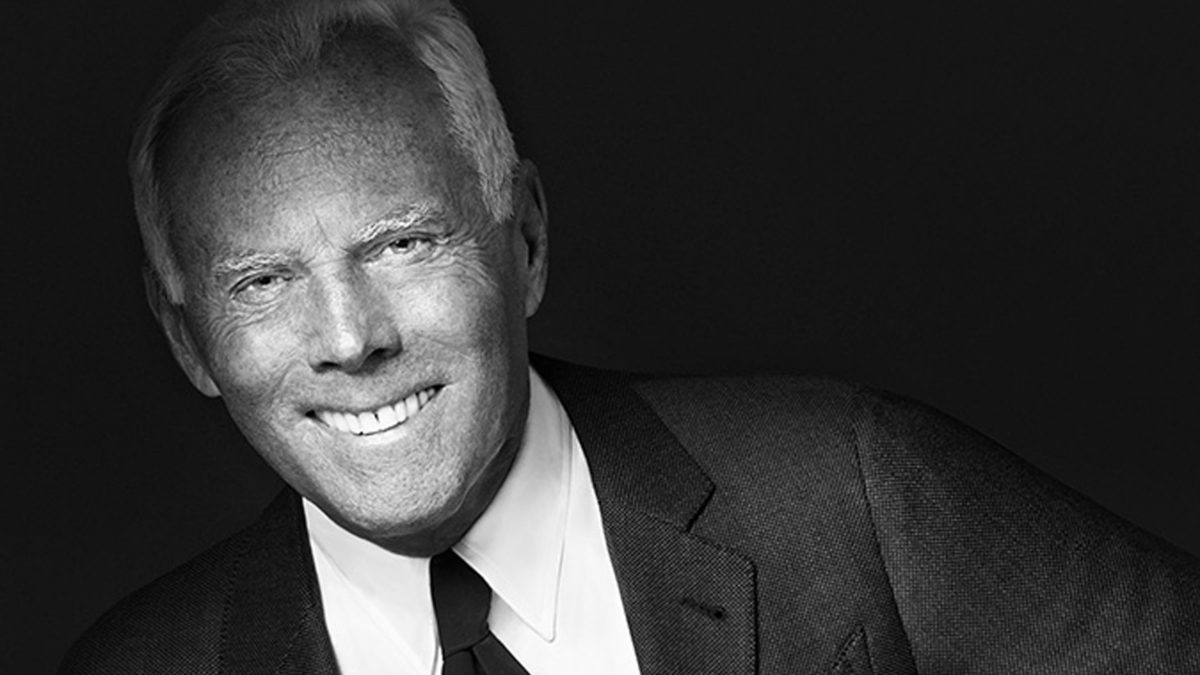 The 88 years of the King of fashion Giorgio Armani, the absolute icon of high fashion and Made in Italy elegance

Writing the history of fashion

Happy birthday King George! Armani was born on 11 July 1934 in Piacenza. His, like those of his generation, is a life between 2 centuries, a world war, and a millennium but unlike most of his peers Giorgio Armani was able to influence these 2 centuries of fashion and style, from the catwalks to the cinema, continuing to do so today, it is no coincidence that we can fully call him King George. His is a great story in true history. His first encounter with the world of fashion occurs when Giorgio Armani moved to Milan with his family and was hired at the Rinascente in the window dressing role. The foundation of his maison dates back to 1975 and continues to bear his name today. During his incredible career, he shaped the evolution of Made in Italy by increasing and consolidating its meanings. King George has shown that elegance must be created and able to wear. His name is synonymous with style, high fashion, elegance and high-end tailoring and is an absolute icon. His genius continues to be projected into the future: “By nature I always look forward and rarely backward … My idea is to continue to evolve my language in fashion, which perhaps still remains ‘revolutionary’ because it is linked to the enhancement of the person rather than to one style that disguises it. And then I think there is a moment for everything, you have to be young to want to unhinge the world. When you grow, priorities change … what matters is great stubbornness, consistency, and a certain self-confidence. And also trying not to be scratched by those trifles that are so widespread and that can lead to change direction and to make mistakes very easily … the biggest mistake that can be made is to act trying to please others rather than follow one’s own ideas. ” his creative talent has produced insights such as the unstructured jacket with which he revolutionized men’s fashion, freeing it from its excessively formal and traditional rigor. iti and light fabrics follow the shape of the body softening it. Giorgio Armani has always spoken that among the sources of his inspiration there are oriental and Arab cultures. Blue and black, always very elegant, but also the invention of its “greige” by blending beige and gray are among the most common colors. The consecration in the world of fashion also passed through his very strong and personal relationship with cinema: “If I hadn’t been a stylist, I would have been a director”. King George has created suits for over 200 films including Richard Gere in “American Gigolo”, Christian Bale in “The Dark Knight” and “The Dark Knight Rises”, Leonardo DiCaprio in “The Wolf Of Wall Street”, and then “Phenomena”, “The Untouchables”, “Cadillac Man”, “Ransom”, “The Counselor”. Many divas who inspire him from Sophia Loren to Cate Blanchett and many stars who choose his looks for the most important cinematic red carpets. From its worldwide consecration, which took place in 1982, obtaining the coveted cover of the Times, to date King George continues to enrich the world of fashion with his revolutionary and innovative vision, with his timeless style but also with his great sensitivity from social commitment, recently demonstrated with his attitude towards the pandemic and his solidarity for the war in Ukraine, attention to the environment, sustainability and defense of the animal world. We at Michele Franzese Moda can only wish: a great happy birthday King George!

Check out top designers of Michele Franzese Moda / Off white, bridge between streetwear and high fashion

German fashion week 2021 will move from Berlin to Frankfurt

Check out top designers of Michele Franzese Moda / Fisico, prêt-a-porter on the beach