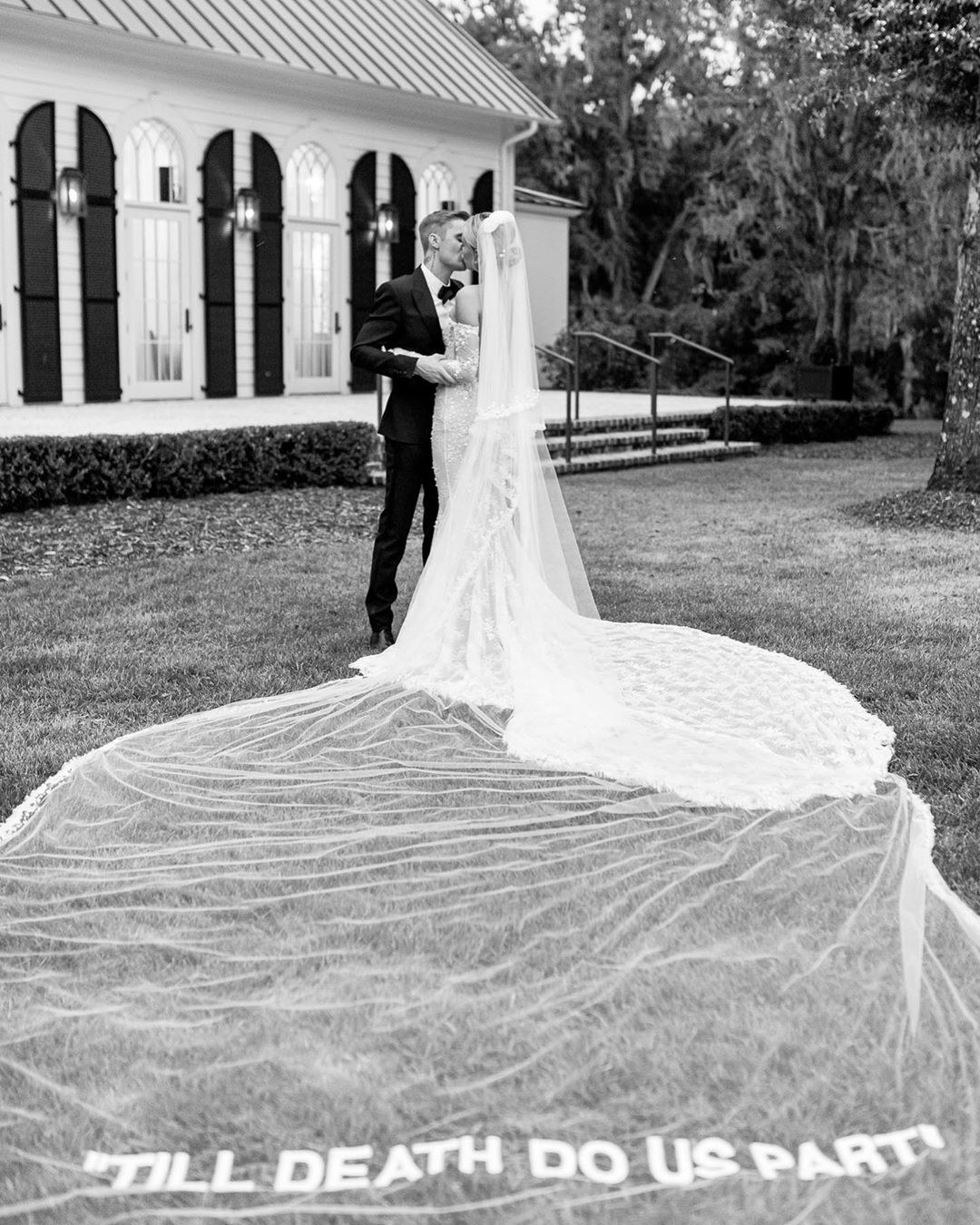 Signed Off-White and classic only in appearance, with a breathtaking veil

The wedding took place on Monday 1 October and some details have now been released. The most important one appeared on Instagram: these are photos of the outfit chosen by Hailey, a nephew from the mother of the great Italian-Brazilian jazz and bossanova singer Eumir Deodato.

Hailey Baldwin, model and testimonial of Calvin Klein, was the undisputed star of the “intimate” reception, for 154 people, in the Montage Palmetto Bluff resort in Bluffton, South Carolina. The dress, signed Off-White, was unveiled on Instagram. It is entirely in lace, leaves the shoulders uncovered and goes with a veil with embroidered writing “Till Death Do Us Part” (that is, “until death do us part”).

New dates for Pitti Immagine in June and July

The fashion shows in September, from Lineapelle to Mipel, Mifur and Homi