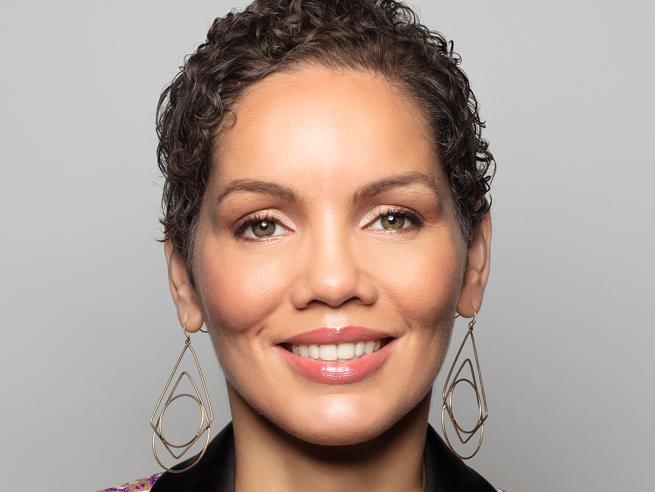 She was born and raised in Brooklyn but when faced with a challenge, she is used to remembering her origins and her mother’s lesson that as a child she took her to the Gay Pride and in the face of difficulties she always repeated them in Spanish “Pa ‘ lante! “” Forward! ”

Renée E. Tirado is the new Global Head of Gucci Diversity Equity and Inclusion. The Florentine fashion house, which has been in the Kering group for more than ten years, announced its appointment as head of projects on diversity, equity and inclusion at the global level.

The last piece of a puzzle that saw Gucci engage in a real action plan to promote diversity. For at least three decades, companies have been talking about “diversity management” but it is only recently that multinationals have begun to introduce ad hoc managerial figures. In addition to Gucci, L’Oréal, Accenture and Barilla, who can count on a «Diversity & Inclusion Board» for five years.

In finance, “gender-lens” investments have even spread and the rankings of the most inclusive groups are increasing year by year. The commitment made by Marco Bizzarri and Alessandro Michele (respectively managing director and creative director Gucci) goes in the same direction. But the two, who in just five years have succeeded in revolutionizing the brand and bringing it to sales that in the first half of 2019 exceeded those of the entire 2016, have made diversity a stylistic feature. Which now moves to the managerial side.

“Since 2015, Alessandro and I – Bizzarri explained – try to put a culture based on freedom of expression and inclusion at the center of our actions. I firmly believe that diversity promotes creativity. All that we have achieved has been supported by these very values ​​”.

In fact, the brand has launched a program of four initiatives: the recruitment of new global and regional directors to promote diversity and inclusion; the establishment of scholarships for fashion students from all over the world; a diversity and inclusion awareness program and a global exchange program. Renée E. Tirado was chosen after a selection process that screened about 250 candidates.

But the most interesting aspect (and consistent with the choice of role) is that its history, its profile and its experiences have nothing to do with the glossy world of fashion. Indeed, Tirado is accustomed to very different environments, such as the American locker rooms of Major League Baseball, commonly known as MLB, a professional North American baseball league where it served as Chief Diversity & Inclusion Officer placing people of color and LGBTQ candidates in operational positions in different divisions.

For Gucci it will be based in New York, will report directly to Bizzarri and will also be part of the Gucci Changemakers Council, an external collective of community leaders and social change experts committed to promoting diversity to which the top model has also been invited to participate Naomi Campbell. “Working to ensure respect for diversity and inclusion is important in everything we do,” Tirado explained. It is essential and it is where we are today ». And also, as his mother would say, where we will be tomorrow: “Pa’lante”!

Tod’s combines made in Italy and street art

New dates for Pitti Immagine in June and July

Kenzo, collection up for auction for € 2.5 million