Gucci will parade in Paris but does not leave Milan. On the first day of catwalks, the brand designed by Alessandro Michele will host the performances of the British choreographer Michael Clark in his hub in via Mecenate.

The save the date is 21.30 on Wednesday 19 September, in perfect time to allow the press and buyers to attend the second unveiling of Moncler Genius, scheduled for 20. 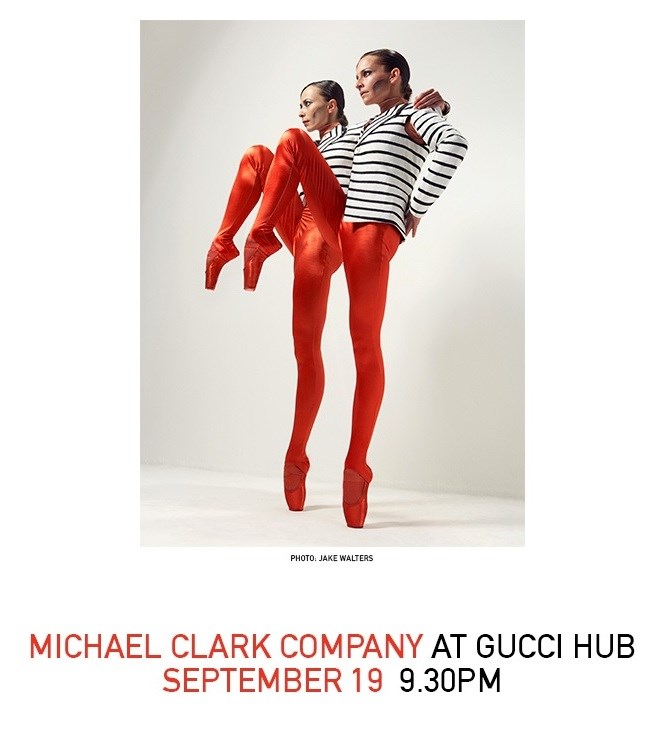 Since the early eighties, Michael Clark has emerged on the scene of the British and then international ballet with the iconoclastic force of his life and artistic vision.

After being one of the best promises of classical ballet thanks to studies at the Royal Ballet school in London has radically changed its path, choosing a subversive look and a provocative aesthetic, very close to the punk movement, with which he permeated his dazzling dance for technical purity.

The contrast immediately imposed him as an enfant terrible of the contemporary British scene, able to revolutionize the traditional scene with the use of non-professionals, rock musicians, often extreme costumes and the desecrating ability to overwhelm the ballet, deconstruct it, give it a rock attack, but always keeping that incredible aristocratic aplomb of classicism: in fact a “chic and smart” style, as it was defined in the Times: “shaped by the love for the elegance and rigor of classical technique, and at the same time supported by the passion for strong emotions and an innate sensuality “.