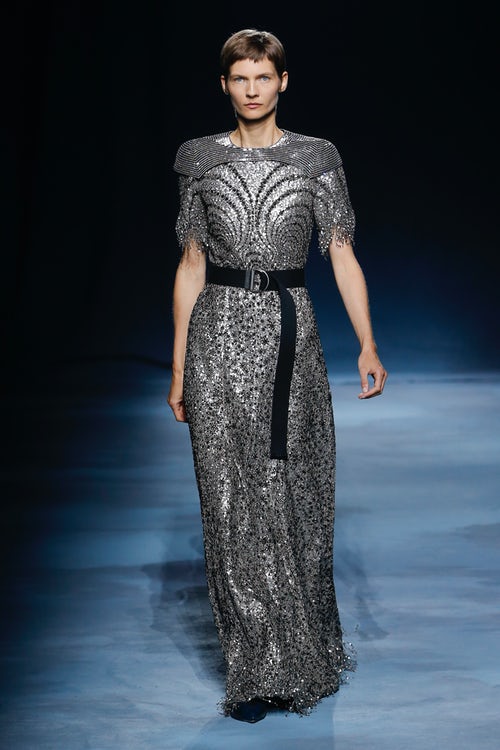 Cutting loose from the brand’s past, Clare Waight Keller confirmed her innate compatibility with the discretion and streamlined clarity of Hubert de Givenchy’s own ethos

“I’ll be Your Mirror”: Lou Reed wrote the words, Nico sang them in 1967. Their tortured relationship gave the song added sting. Flash forward five decades and Clare Waight Keller adjusts the intent for her spring show for Givenchy: “I Am Your Mirror.” Before the show, she was talking about dualities mirroring themselves. Like Lou and Nico, except that on the table in front of her were strewn photos of Annemarie Scharzenbach, a glamorous Swiss dilettante of the Weimar years who was gender fluid almost a century before the concept became prevalent in popular culture. Waight Keller was fascinated, and her fascination subtly worked its way into her collection, not so much in androgyny as in a yen to experiment with shared codes. In tailoring, for instance.

Tailoring is her background, and it shaped the most effective elements of her presentation, particularly the army-influenced items, for men and women. There’s no look better-tailored than a military look. The same precision returned in layered jackets with razor-sharp shoulder lines, the outer jacket almost a cape.

Waight Keller said there’d been no trips to the Givenchy archive for this collection. That’s the moment her audience has been waiting for — when she cuts loose from the brand’s past and shapes its future according to her own diktats. Curiously, the break seemed to have confirmed her innate compatibility with the discretion and streamlined clarity of Hubert de Givenchy’s own ethos. More than once, Waight Keller mentioned how appealing modesty was to her. “It feels modern to be discreet,” she explained. “It’s like feeling power in a different way.” Take that, social media.

Her models wore black tights under every look. There were coy kitten heels too. But, more to the modest point, Waight Keller emphasised dresses that headed floorwards. “There’s something about modesty that comes with length,” she said. “I find the idea of long dresses super-appealing for the day.” The designer upped the ante by lavishing complex engineered prints on her long dresses, meaning there was also an extravagance in her proposal. Waight Keller’s experience with couture at Givenchy has clearly honed her appetite for experimentation.

Her menswear wasn’t able to benefit so much from that sensibility, but Waight Keller seemed to be carving out a curious destination for the Givenchy male. Yes, there was the tailoring, but there was also a leather-vested rockpig edge. Quite how this guy would mix it up with the proper young lady in the long dress wasn’t clear until the very end of the show, when a male model in a jacket of herring-bone-patterned sequins preceded a woman in a Hollywood-worthy gown equally sheathed in sequins. Then everything fell into place. Of course! The Givenchy man and woman come together at night. 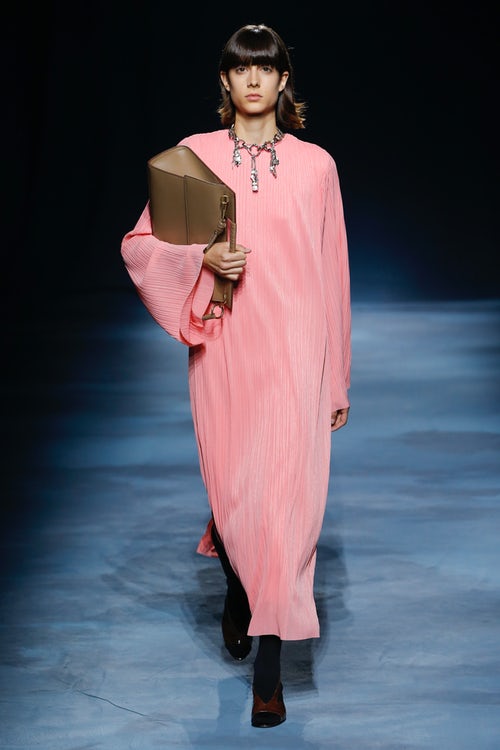 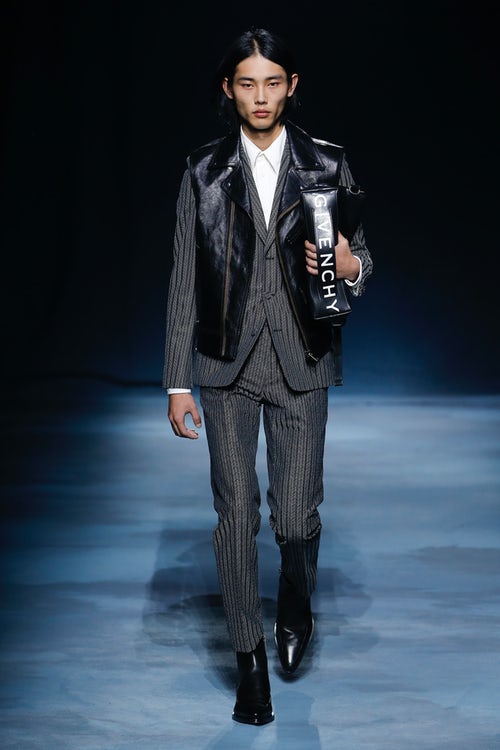 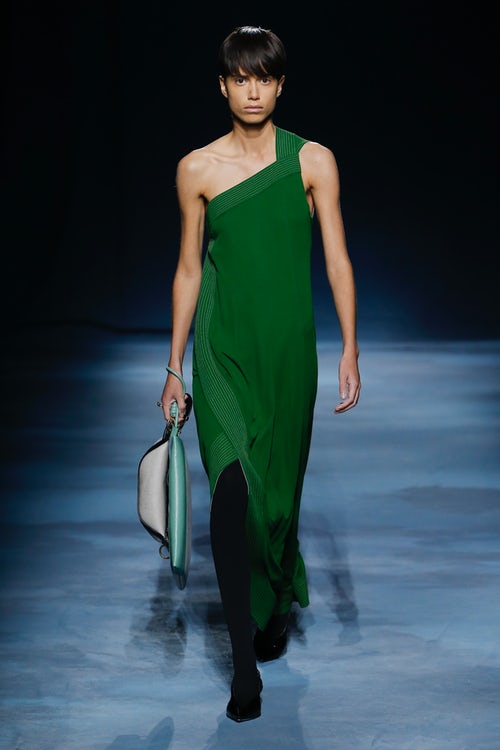 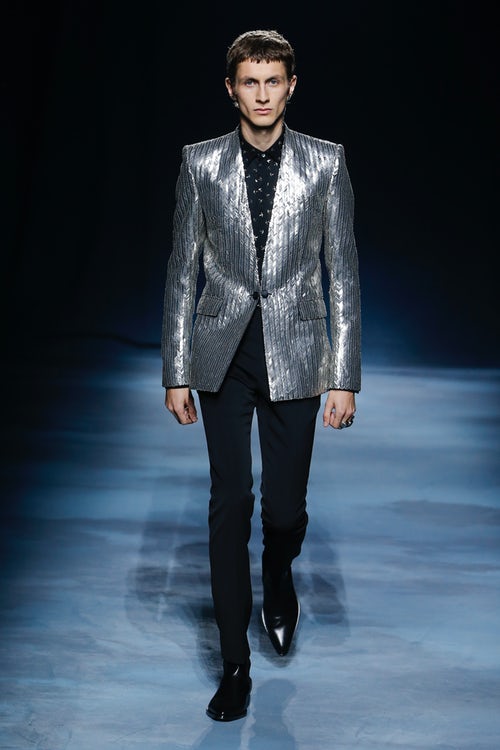 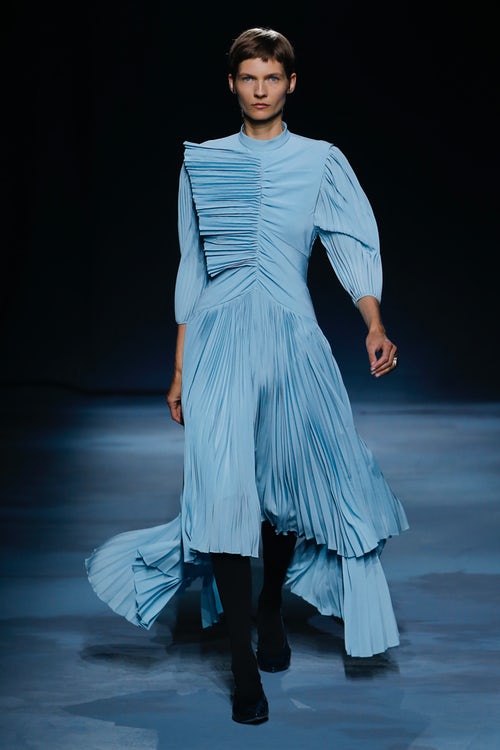 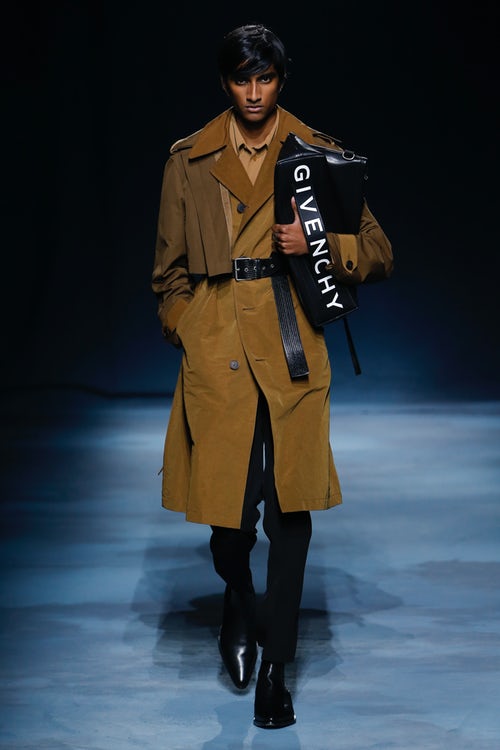 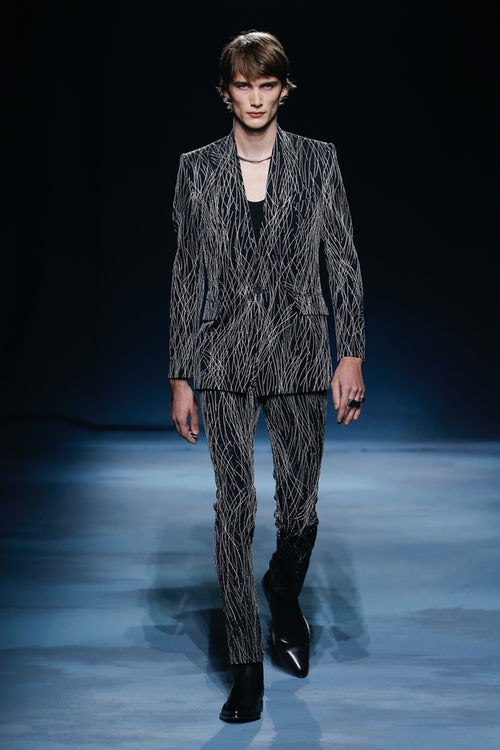 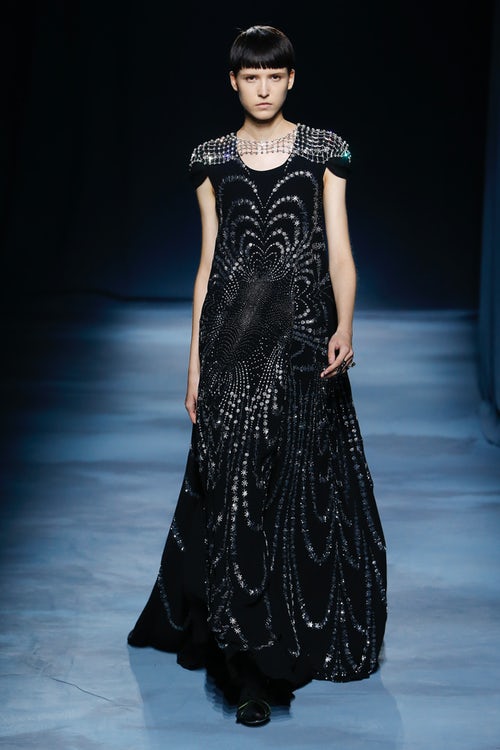 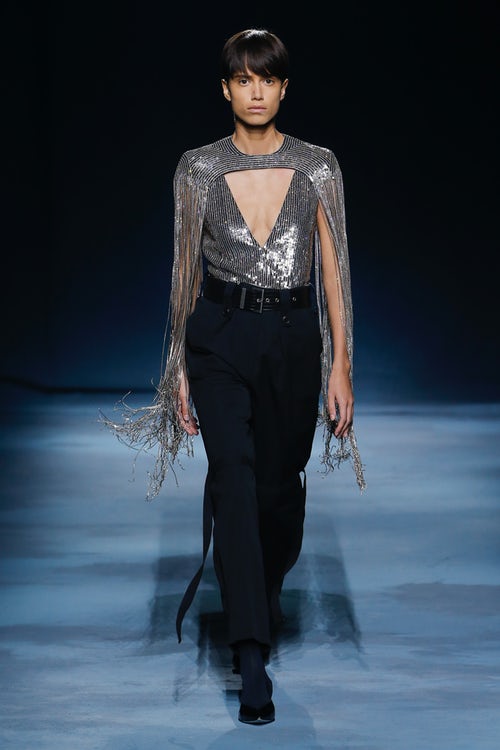 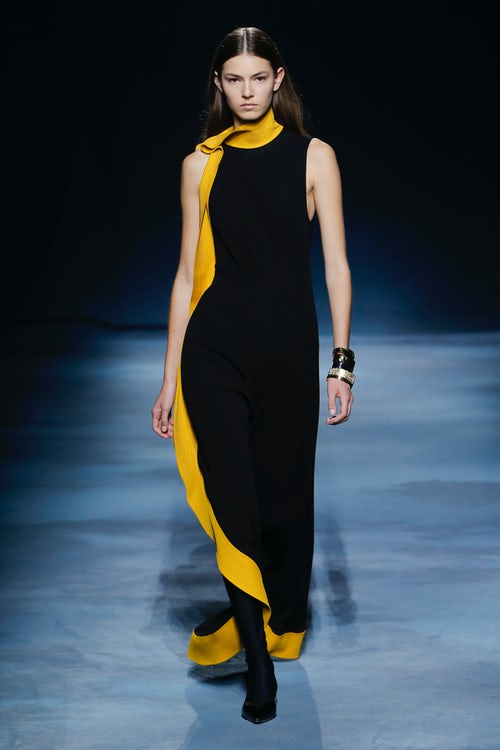 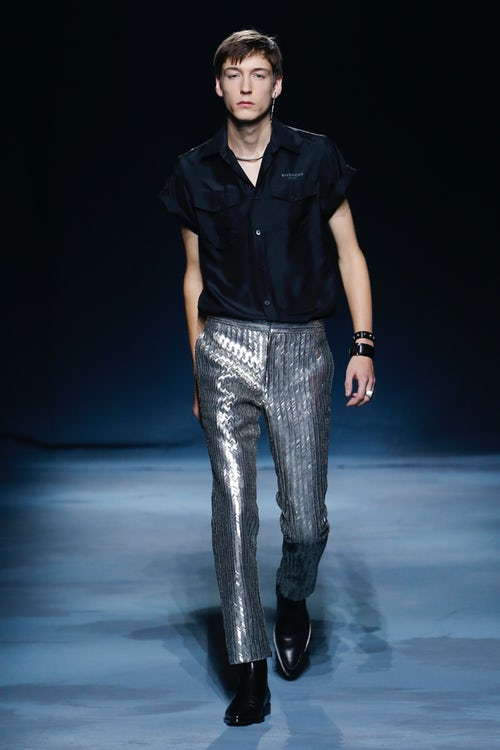 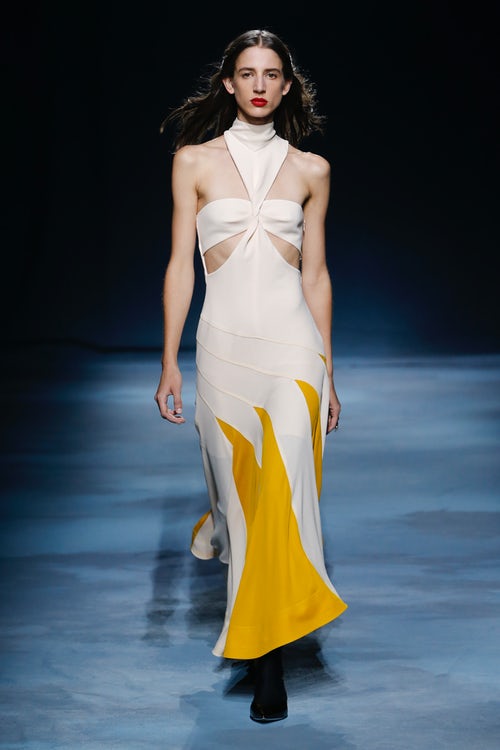 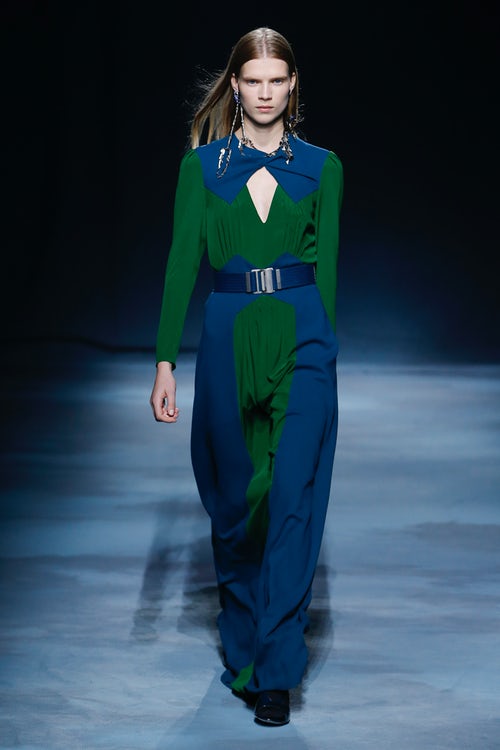 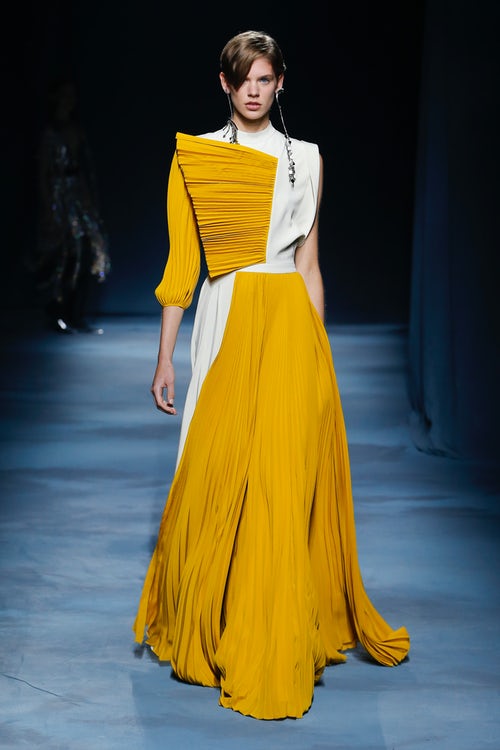 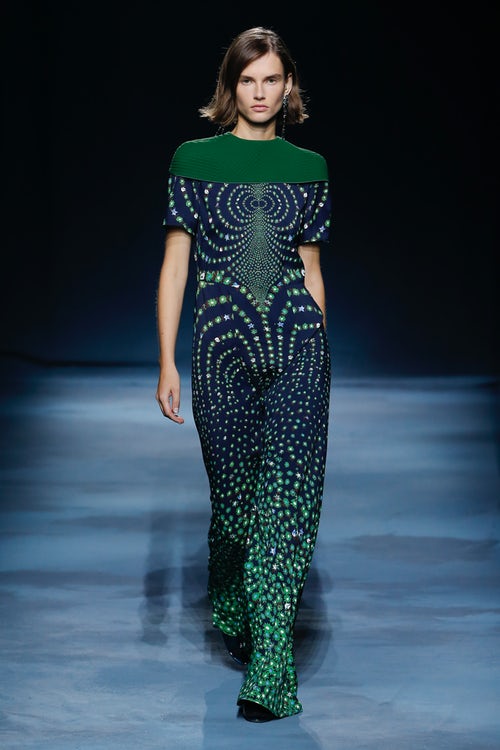 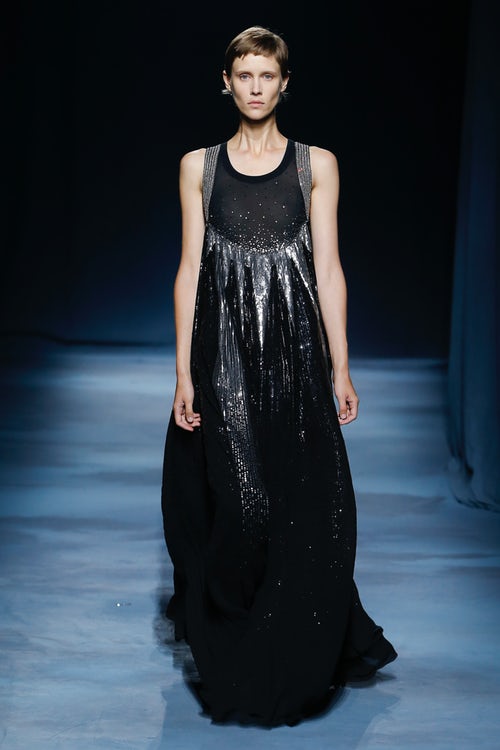 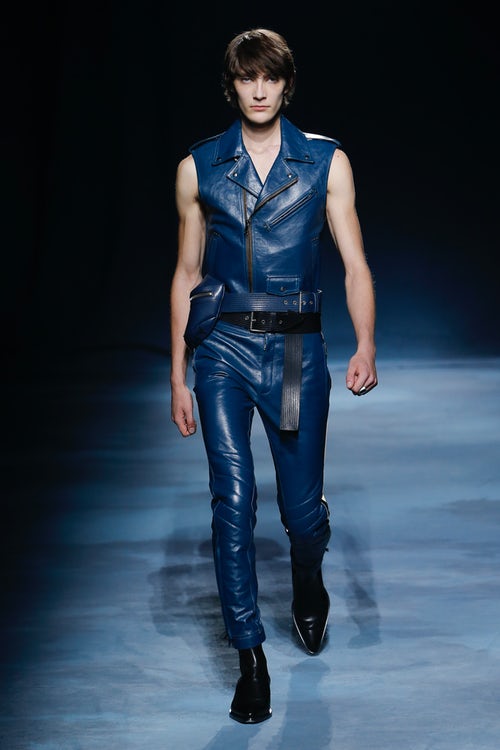 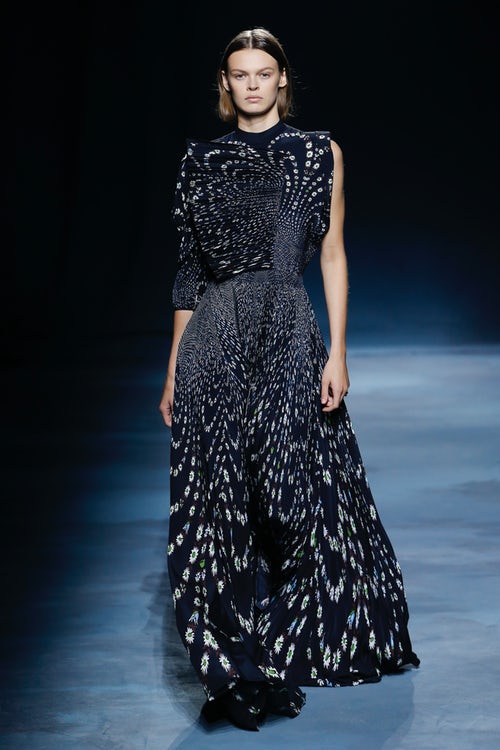 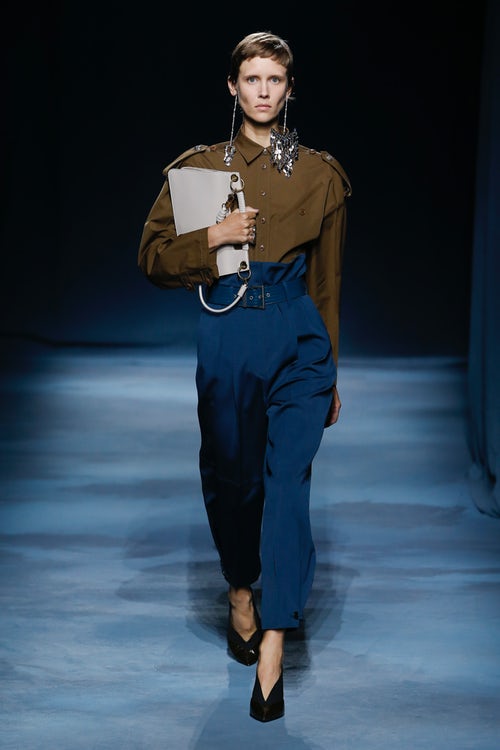 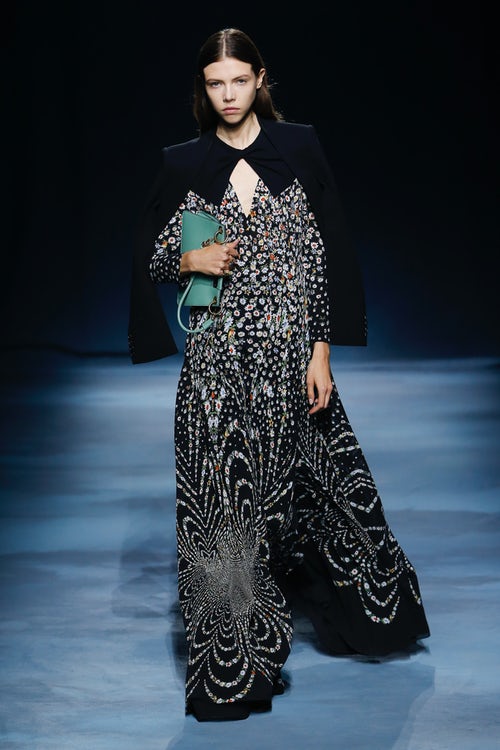 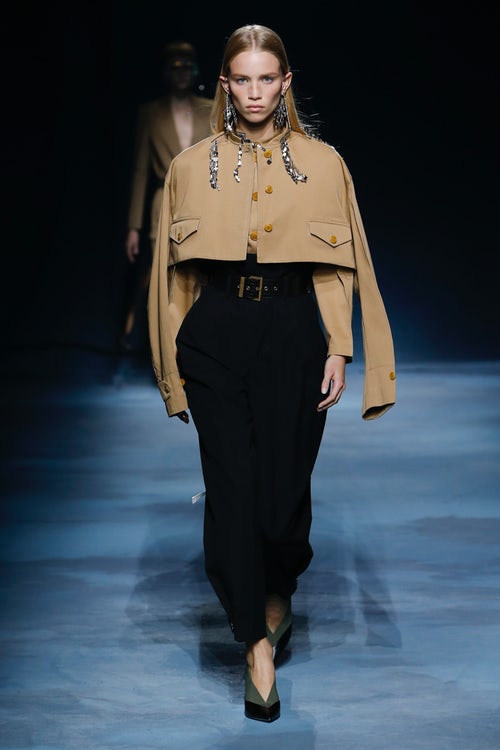 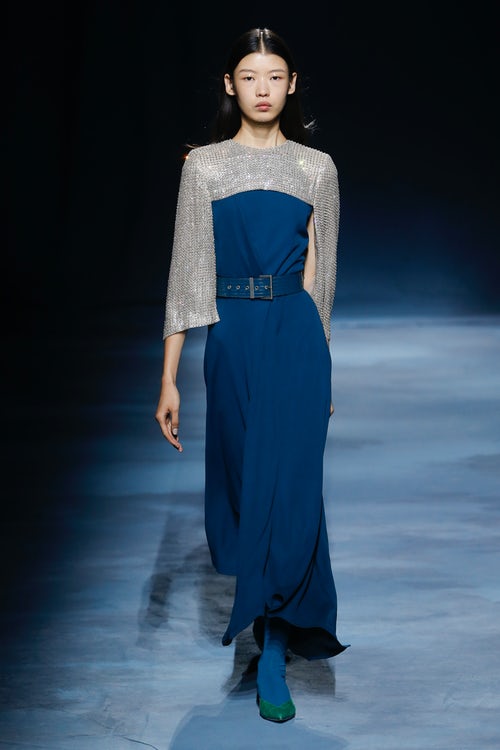 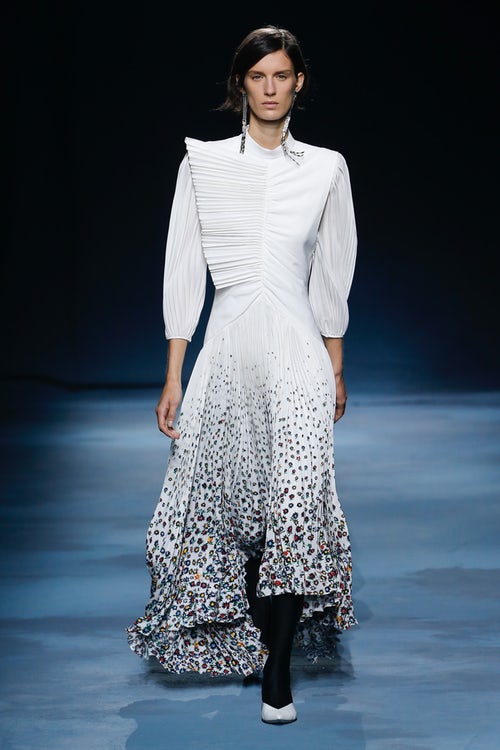 Michael Kors: Joshua Schulman new CEO. From September 2022 he will be CEO also of Capri Holdings