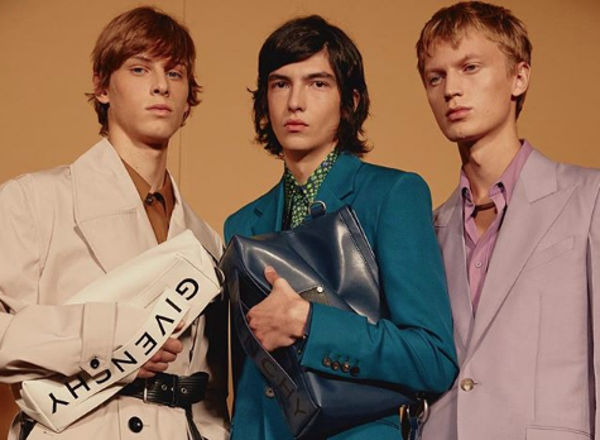 Givenchy returns to the menswear calendar

Space for man by Givenchy. The luxury signature of the LVMH group announces its return in 2019 within the men’s calendar of the Paris Fashion Week. A first presentation entirely dedicated to his menswear is scheduled for January 16 by appointment, while his come-back on the catwalks is scheduled from the following season, in June, the French company in a statement.

So far, the British designer Clare Waight Keller, Givenchy‘s artistic director since March 2017, had preferred to focus on women’s prêt-à-porter and high fashion, making each man and woman parade each time, and creating the creation, for the first time in the history of the fashion house, of a men’s haute couture.

After three seasons of mixed fashion shows, the time has come to give back its full-fledged space to men’s clothing. But the concept of a man / woman couple will still be maintained. Thus, the women’s fashion shows will continue to show some masculine looks and vice versa.

Do you love Tom Ford's clothes? You will also love his films, such as "nocturnal animals"

Luxury and footwear: the scenario for 2022