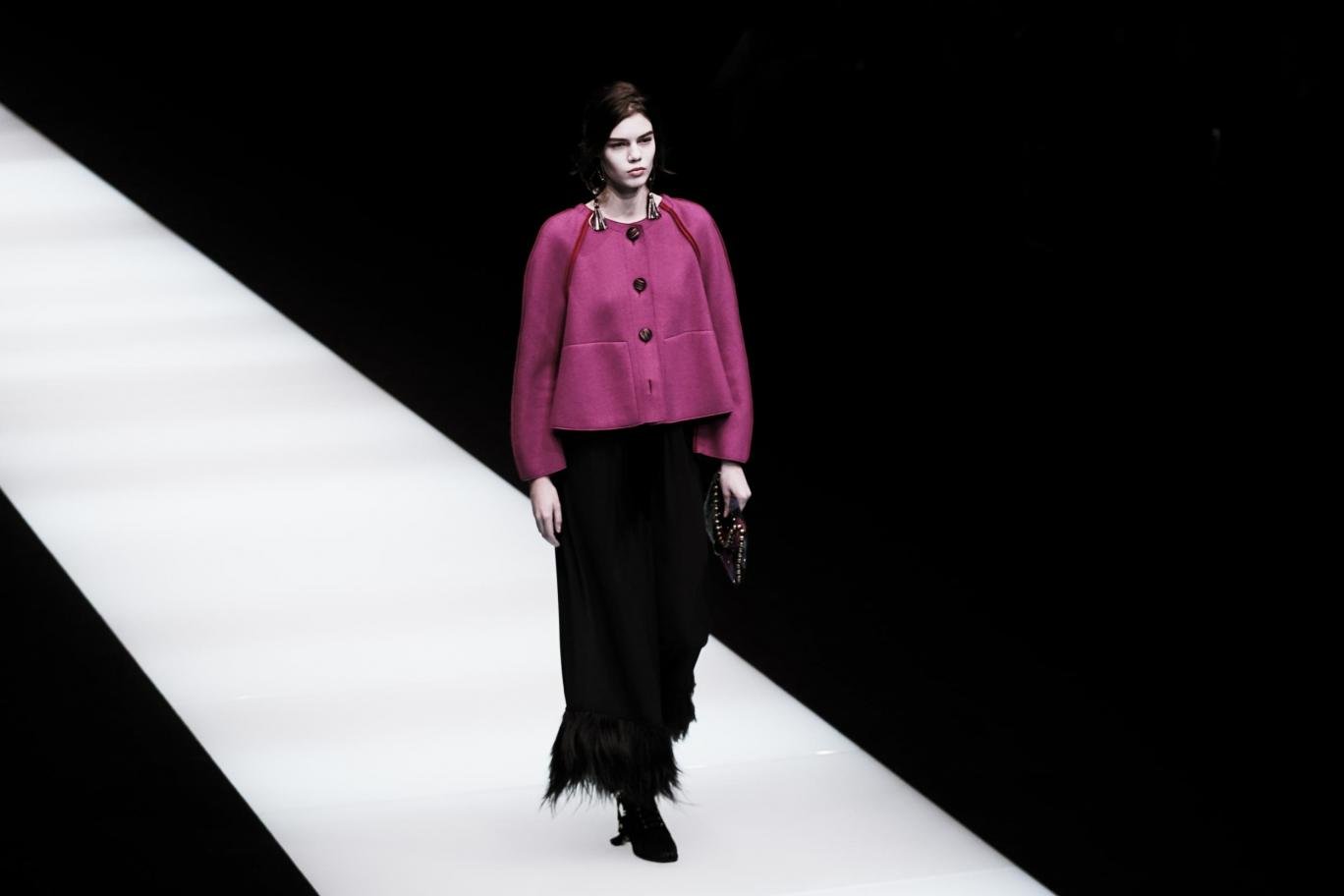 On a tense Saturday morning in Milan, with extreme right wing, anti-immigrant protestors and anti-Fascists marchers due to face off in the center of the city, Giorgio Armani sent out a collection extolling the idea of a world without frontiers.
“I’ve always worked in reaction to the times we live in, because clothes affect behaviors and attitudes. So, for this season I imagined a rich, boundless collection, inspired by many cultures as an ode to coexistence as opposed to exclusion,” said Armani immediately after the show.
This was one of the most experimental collection in recent memory by one of fashion’s greatest ever tailors. Much of the collection was made in abstract patterns – flashes of red, gold and imperial purple. The references to distant cultures were subtle, not literal.

Post-show, it was Armani’s turn to sit front row for a private screening of Una Giacca

The heart of the matter were the pure sculptural shapes of the opening; done in Giorgio’s non-colors of putty, cement and clay; suggesting elements of Japanese design; Western minimalism and Russian nobility. Finished with Tudor velvet hats and Georgian shepherd’s caps worthy of a Niko Pirosmani painting. A co-ed collection with the guys in some brilliantly cut three piece waffle corduroy suits and snazzy black velvet tuxedos.
Not perhaps Armani’s greatest show, since there were one too many experiments that clearly did not work. But this was nevertheless a bold statement by an octogenarian designer who keeps on setting off for fresh areas to conquer.
Post-show, it was Armani’s turn to sit front row for a private screening of Una Giacca, a charming film made by eight students. Each of them hand picked to be mentored by Italian experts: from acting legend Michele Placido; cinematographer Luca Bigazzi ( La Grande Bellezza); and costume designer Gabriella Pescucci (and Oscar winner for The Age of Innocence). 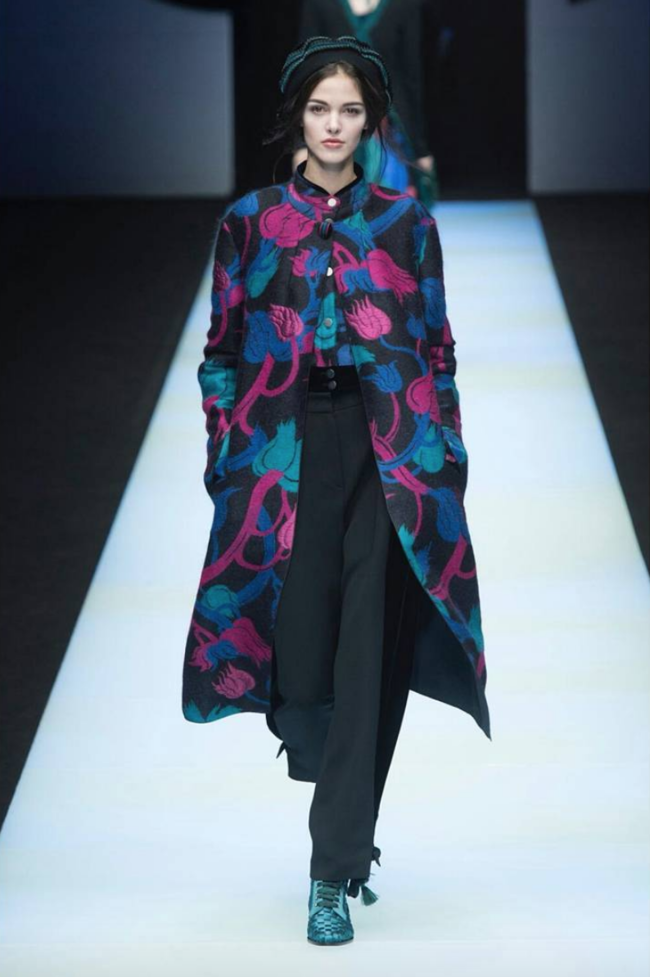 Gigi and Bella Hadid got matchy-matchy in Milan

Moncler lancia i piumini per cani